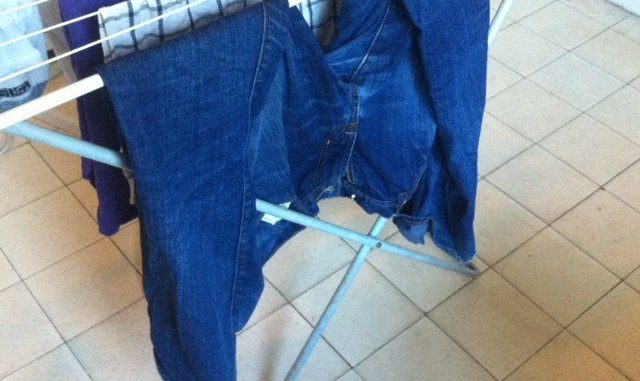 My latest from Dallas Jewish Monthly….

Ok, let’s stop there. If these classic lyrics conjure up images of a winter wonderland, you are probably not Israeli. Though Jerusalem does get the occasional snowstorm, the most frightful Tel Aviv sight since winter arrived was a tourist wearing an ugly Chanukah sweater with the wrong shoes.

Putting aside that we also have no fireplaces or chimneys (and, therefore, no delightful fires), the Israeli winter was one of the smallest adjustments I had to make upon making aliyah. The oppressive summer heat of Tel Aviv and Dallas may be comparable, but if you thought Dallas winters are mild, pull up a chair, get comfortable, and for goodness sake, put on a sweater so you don’t catch cold.

We really only have two seasons here: Summer, and those three other days. Fine, let’s call it a few months, when the unbearable humidity subsides and something resembling autumn makes its presence felt. It’s hard to pinpoint the exact date on the calendar but its arrival is accompanied by two things: temperatures falling below 75 degrees and, three minutes later, women breaking out their fashionable winter boots. (Hey, when you spend good money on shopping abroad, you have to take advantage.) Boots, scarves, unnecessarily heavy coats…you can find them all, and on the same block as other people wearing t-shirts and flip-flops.

Though not always, these brave skin-barers are more likely to be immigrants, tourists, or just people who have experienced actual winter before. Though I spent almost 25 years in Texas, my three years in New York make it impossible for me to empathize with those who find Tel Aviv cold. Whenever native Israelis complain about the winter temperatures, I tell them “you have GOT to go to Boston or Chicago”, at which point they reply, “I want to, you can arrange for me visa?”

But you can’t argue with perception. If someone thinks that temperatures in the 60s represent a modern-day Ice Age, nothing I can say will convince them otherwise. This is remarkably similar to my perception that running up a single flight of stairs is a tremendous workout when the reality is that I’m actually an out-of-shape potato.

There is one place however, where it’s too cold for my comfort, and that place is inside. Because the buildings are made from concrete and little to zero insulation, the winter months can make you more uncomfortable in your own home than in the elements. This makes getting out of bed (or the shower) quite challenging. One expects the cold outside; nobody wants it following you back home. If that’s not clear, imagine visiting your in-laws for the weekend. Now imagine them returning home with you and sticking around for the next three months.

If I had in-laws to worry about, there wouldn’t be room for them in my *cozy Tel Aviv apartment anyway (“cozy” is a nice American way to say “much too small”). Because the Middle East is located approximately ten minutes from the sun, hanging wet laundry dries my clothes in less time than commuting from Plano to downtown. During the winter, however, the drying racks occupy a permanent place in the middle of my home as I spend day after day playing everybody’s favorite game:

“Are They Wet or Are They Cold?”

Those who use a traditional clothesline can celebrate an unexpected rainstorm by playing “It’s Raining at My Office But Is It Raining at Home Two Blocks Away?” (Contestants are never happy to play these games.)

Hot or cold….ice cream or hot chocolate….no matter which part of the thermometer you prefer, most agree that a bit of change is usually a good thing. And without a bit of cooler weather, we might not appreciate the warmer days come spring. Or whatever we call that season.

Besides….climate change means that we can go to the beach in February. Surf’s up! (Bring a sweater.)