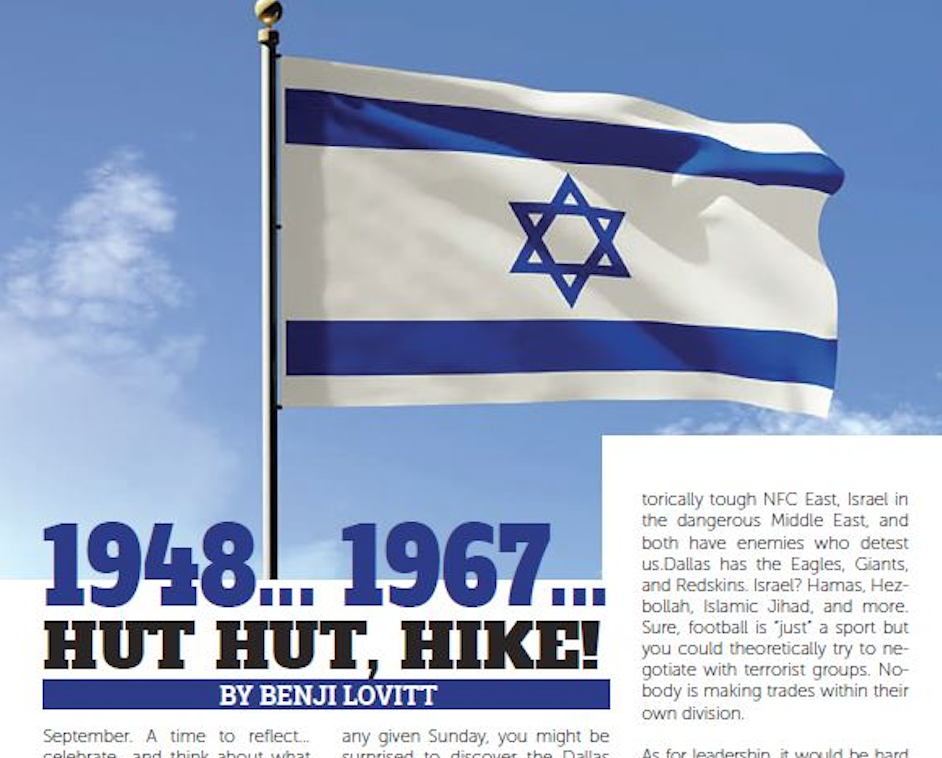 Shana tova! It’s a new year and time for dreams of change and new beginnings. (And if I don’t follow those dreams and keep my resolutions, there’s another new year coming in just a few months.)

In the meantime, the inaugural issue of Dallas Jewish Life magazine just hit the proverbial newsstands and I’m pleased to be their Israel correspondent. If you’re looking for your Middle East-based correspondent to provide that hard-hitting analysis that you won’t find anywhere else, you will be sorely disappointed. If you’re looking for a comparison between the Dallas Cowboys and the state of Israel, YOU’RE IN LUCK!!!

Here’s an excerpt from my first column…

And haters, there are many. The Cowboys are located in the historically tough NFC East, Israel in the dangerous Middle East, and both have enemies who detest us. Dallas has the Eagles, Giants, and Redskins. Israel? Hamas, Hezbollah, Islamic Jihad, and more. Sure, football is “just” a sport but you could theoretically try to negotiate with terrorist groups. Nobody is making trades within their own division.

Also, check out my calendar to see where I’ll be in the States next month and contact me if you’re interested in booking a show during my January/February or April/May trips.