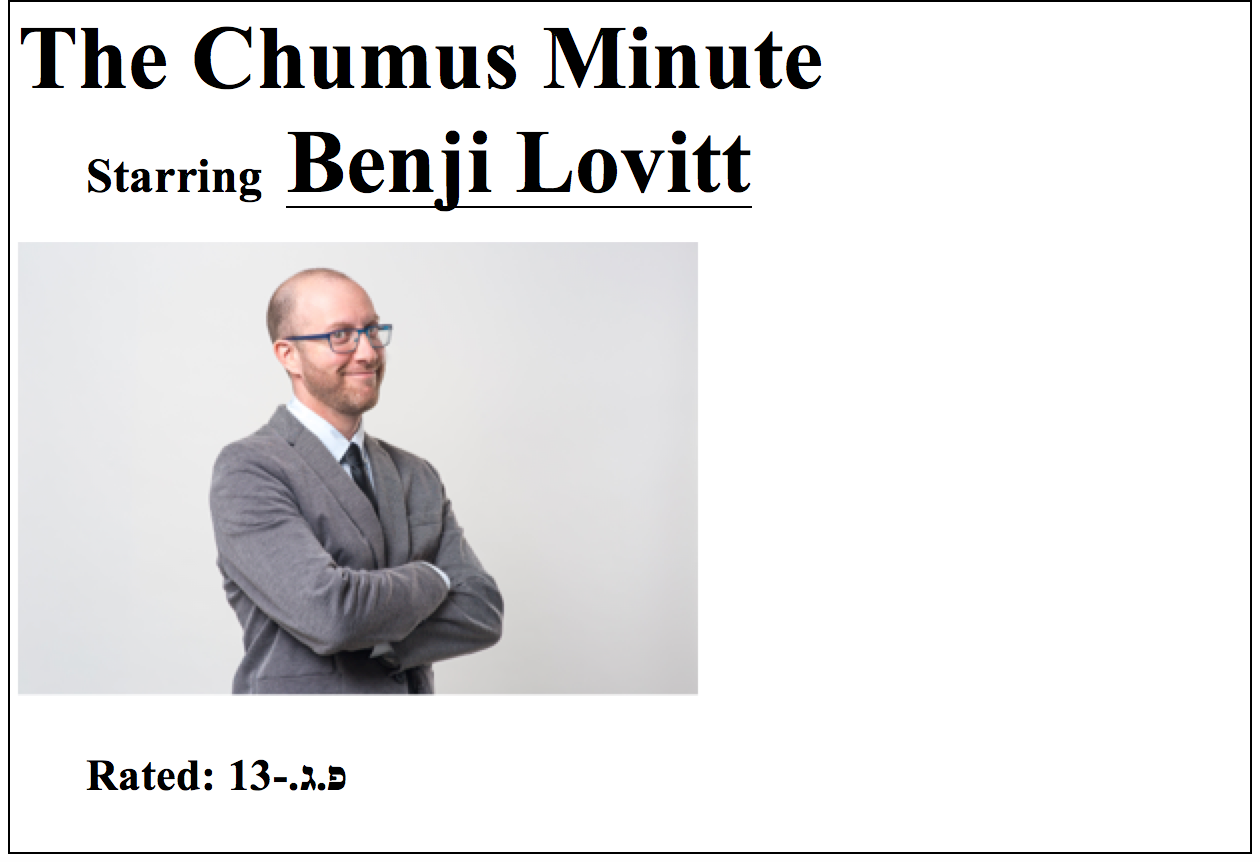 Hello, my loyal readers! I’m back from Australia and since I know you’re wondering….no, I did not miss the disgusting humidity of Tel Aviv, thanks for asking. I did however taste vegemite, or as we call it, “Australian chumus”.

It was a great trip. I met many wonderful people including performers, people who hosted me, friends of friends, and others. I came up with some fun Australia jokes which I’ll get to do again someday if I’m lucky.

And I had an idea which really excited me at the time and I’m psyched to have already put into action.

I’ve managed to make some number of videos in my time in Israel (some of which can be found here under the “Holidays” and “Other Fun Stuff” playlists). Enough to enjoy the process and go minorly viral in our tiny little Jewish world, not nearly enough to quench my creative thirst. There just isnt enough time, I don’t have enough video editing experience, and I definitely don’t have nearly enough money to pay professional videographers what they’re worth.

Enter FB Live. Not that this new medium really solves most of those problems but at some point on my vacation, I decided, “ok, NOW I’m ready to do more video”. I had thought of some kind of interview series for a while and for whatever reason, now was the right time. Sure, our production  budget is barely enough to buy a couple of sandwiches at Cofix, but after two episodes, I’m really enjoying it.

Can you tell I just learned how to embed from Facebook? This is fun!

“The Chumus Minute” is Israel’s hottest new weekly talk show (I just sounded like “Stefon” there). Or at least, it’s Israel’s newest talk show. Ok, it’s a show of sorts. Not sure what it will turn into but as long as I’m having fun, I’d love to see where it goes. We’ll have area experts talking about anything and everything: politics, business, culture, etc., and if I can help our guests get even a tiny amount of exposure (and by “our guests”, I mean “my friends”….at least at the beginning), even better.

Anyway, once again, I’m remembering the early days of blogging when it seemed that there was all the time in the world to write long-form. I’ll just end here and invite you to watch our next episode on Tuesday afternoon, August 2nd, sometime between 4:30-5:30 PM Israel time (exact info to come on my FB wall that day….but if you haven’t yet played with FB Live and don’t know, even if you don’t watch it live, you can watch it after the fact).

And here’s yesterday’s Episode 2 with Stefanie and Melanie Amini of Gossip Media.

Thanks to my old buddy Micha Liberman for the music. It’s going to keep getting better, trust me, starting with the sound! Slowly, slowly, as we say here… 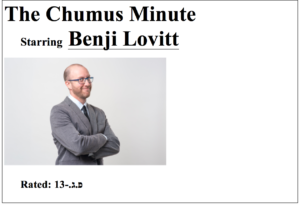 And the low-budget image