My latest on the Times of Israel…

Ben Affleck and Jennifer Garner. Gwen Stefani and Gavin Rossdale. Miss Piggy and Kermit. 2015 has already been riddled with celebrity breakups and with the Jewish New Year upon us, we have our latest. Following the Ashley Madison hack and unsubstantiated rumors of infidelity, TMZ is reporting that Apple and Honey are calling it quits after five thousand seven hundred and seventy-five years of wedded bliss.

For generations, Jews around the world have enjoyed this combination to bring in a sweet new year. Unfortunately for all, Apple and Honey as we know it are no longer, and the Chosen People are choosing sides. 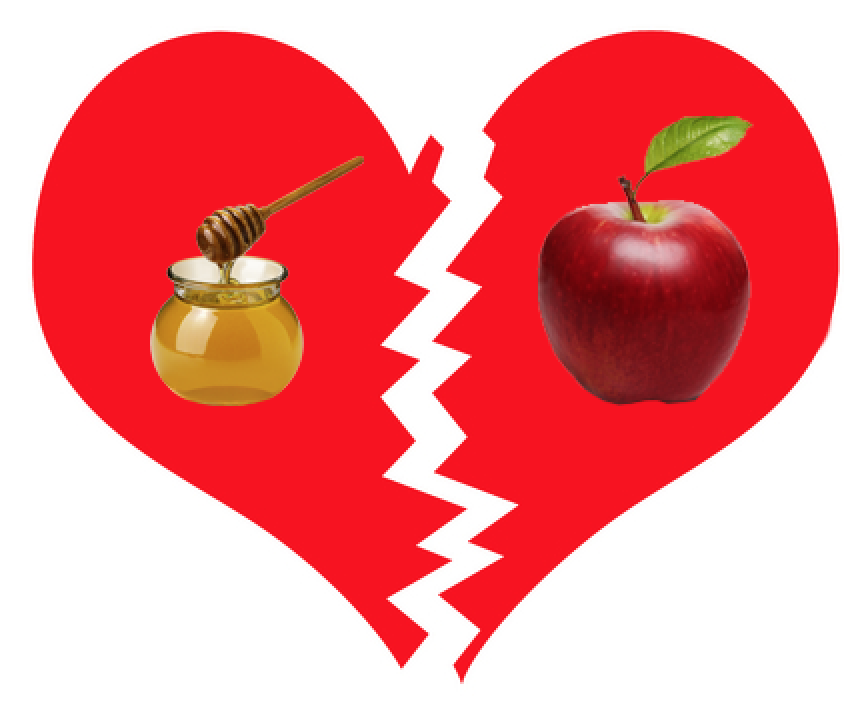 Who will you side with in 5776, Team Apple or Team Honey? The Times of Israel is here to break down your options, category by category, to make this painful choice as easy as possible.

Color:
Apple comes in many eye-pleasing varieties, both green and red.

Taste:
While at times sweet and juicy, apples can sometimes be tart or simply repellent when not ripe.

Nutritional Value:
From what I hear from my doctor, orthodontist, parents, third grade teacher, Buzzfeed, Twitter, OBGYN, and the Protocols of the Elders of Zion, fruit is supposed to be healthy.

Honey has lots of sugar.

(Minus ten points for treif)

Let’s switch this one up.

Religious Symbolism:
From the story of the Garden of Eden, an apple has often represented the “forbidden fruit”.

Exodus 3:8 refers to Israel as the “land flowing with milk and honey”. Also, King Solomon went on honeymoons with each of his 700 wives, 699 of which were just “golfing trips with the guys.”

Talmudic Relevance:
The gematria of “apple” is 494, the same number of derogatory emails that Bibi sent about Obama prior to his speech to Congress.

Rabbi Nachmiel Ben-Lafa’s treatise on the Babylonian Talmud includes a reference to “David Ben-Gurion Shawarma”, which on one hand is an acrostic for the Hebrew word for “honey” (ד-ב-ש), while on the other hand is dumb and likely means Ben-Lafa was looking too hard for meaning where it did not exist.

Is It “Good for the Jews?”:
The Pew Research Center reports that 53% of unaffiliated Jews who eat apples between Shemini Atzeret and Shushan Purim are 81% more likely to marry 120% of non-Jews.

Iran Deal:
Apple supported the The Joint Comprehensive Plan of Action, otherwise known as the “Iran deal”, due to its feelings that while flawed, the agreement was the best one available at the current time. Inspections plus a firm commitment from the West to enforce penalties for breaking the deal is the only reasonable way to stop Iran’s path to the bomb.

Honey has no opinion because it is a food.

Cinematic Depictions:
The movie “Steve Jobs” will play at the New York Film Festival starting October 3, 2015 with Michael Fassbender in the starring role as the founder of Apple.

“Honey, I Shrunk the Kids” was once the highest-grossing Disney live-action movie in history, spawned two sequels, and utilized groundbreaking special effects such as sticking a kid inside a Cheerio.

Disruption:
When basted in an oven with pine nuts and sriracha, apple’s application in a cloud-based platform creates maximum synergy and compatibility with end-user specifications.

Honey’s selfie with Nicki Minaj and Fetty Wap at the 2015 VMA’s was reTweeted 427,000 times in Bnei Brak alone. 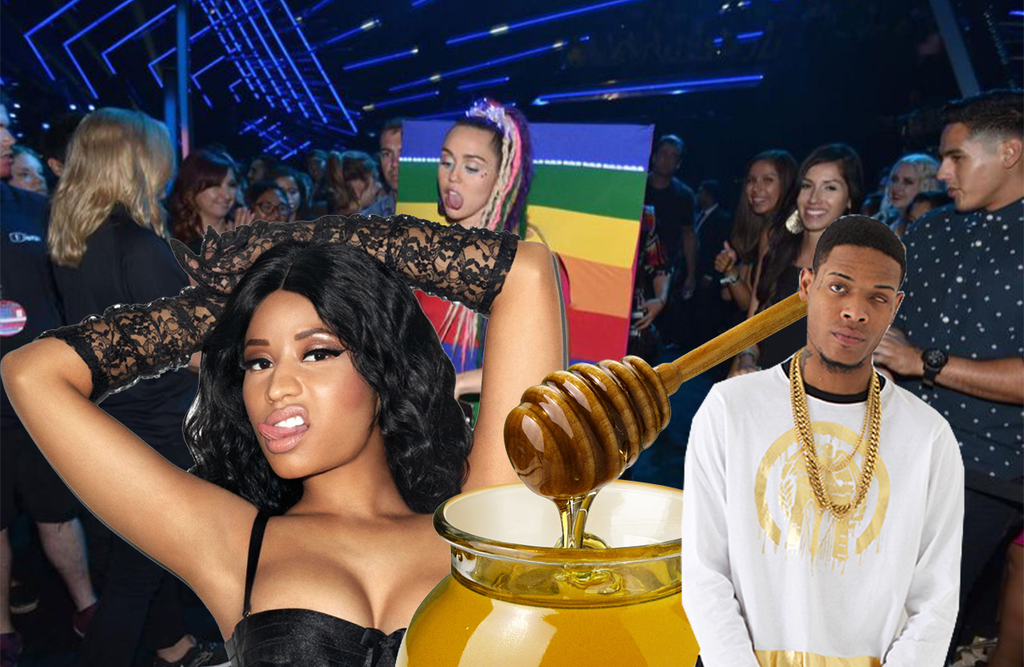 Final Verdict?
Who are we kidding, these two are truly greater than the sum of their parts. Despite their differences, like Lucy and Ricky, Ross and Rachel, and Homer and Marge, the world is a better place when Apple and Honey are together.

Shana tova, everybody, and have a sweet and healthy new year!

Benji Lovitt is booking standup comedy shows in North America for 2015-2016. See his fall schedule and contact him at benji@benjilovitt.com for more information.