Just after Thanksgiving, the most anticipated movie trailer of the decade was released, starting the countdown to the release of the new “Star Wars” movie. Around the same time, Jews around the world began to count down the nights until Chanukah.  After I stumbled upon this list of the top 100 movie lines in history with a certain Jedi mantra at #8, I started thinking….8th most famous movie quote….8 nights of Chanukah….surely the similarities didn’t stop there. Could “Star Wars” be the ultimate Chanukah movie?

Without further ado, here’s a quick comparison of the “Festival of Lights” and the most popular film series in history:

1. Just as Judah Maccabee led the Jews to a victory over the Greeks, Luke Skywalker led his small army of rebels against a large and formidable Empire. 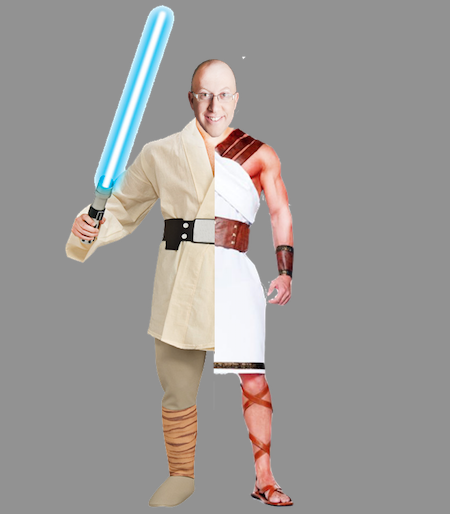 2. The Greeks tried to dominate the Hebrews by imposing their beliefs, just as the Emperor tried to use the Dark side of the Force to crush Luke and those who fought for light. 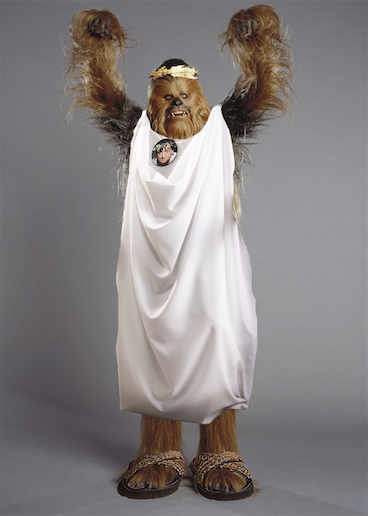 3. The Greek army rode elephants in battle against the Maccabees; the Empire, Imperial Walkers. 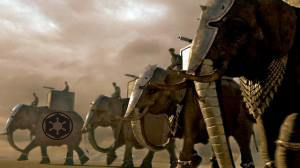 4. After the Maccabees reclaimed the Temple, the oil in the ritual menorah miraculously lasted eight days, inspiring the Chanukah story we tell our children. When the odds were stacked against him, Luke destroyed the Death Star, beginning his legacy as the heroic leader we recall today. 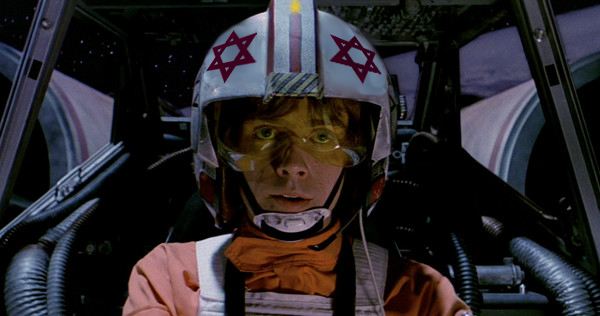 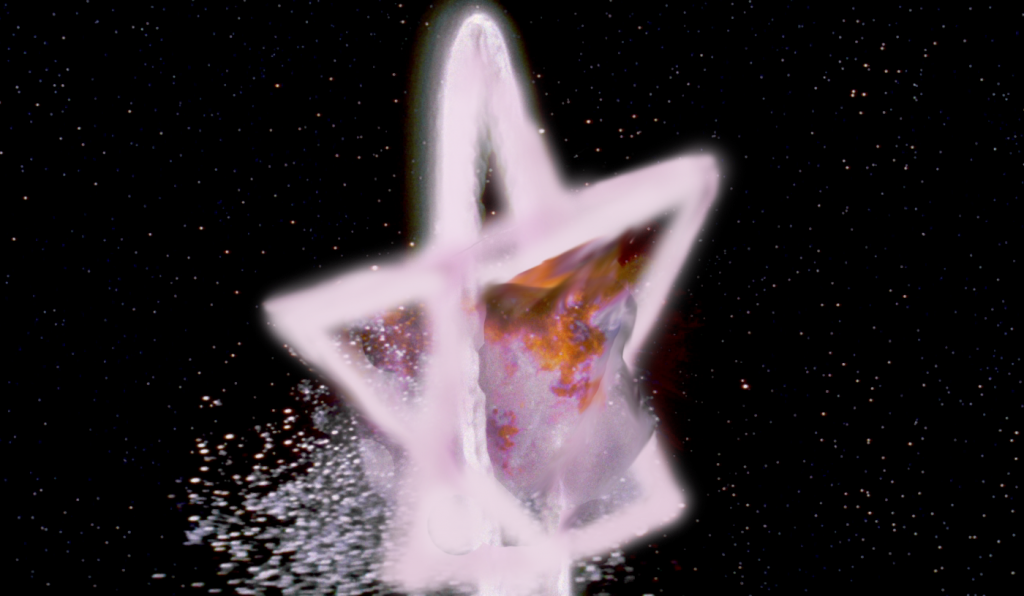 5. One of the symbols of the “Festival of Lights” is the candle, lit on the Chanukiah to remind us of the Chanukah miracle. The main symbol of the Jedi warrior is the lightsaber, used to uphold peace and justice throughout the galaxy. 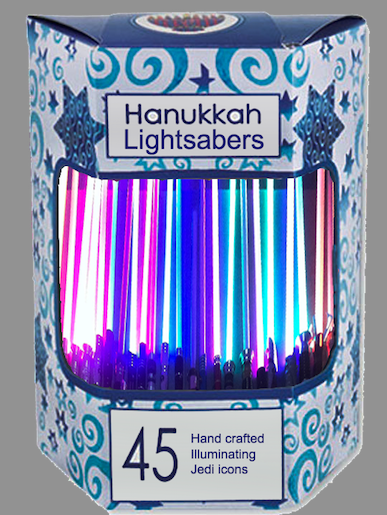 6. The Chanukiah has nine candles: the shamash which stands above eight others. The “Star Wars” saga has “A New Hope” and eight other movies.

7. The Talmud describes a dispute between Hillel and Shamai as to the correct way to light candles, either by ascending or descending order. Viewers argue today as to what order to watch the “Star Wars” movies, either chronologically or by release date. 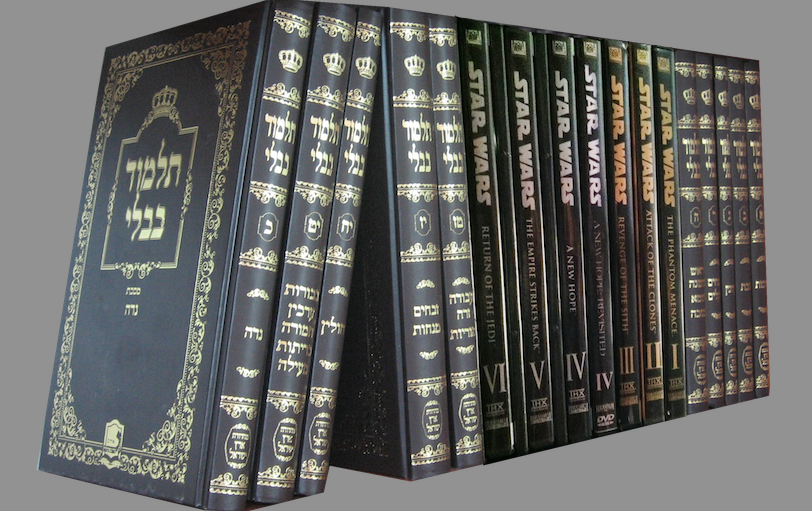 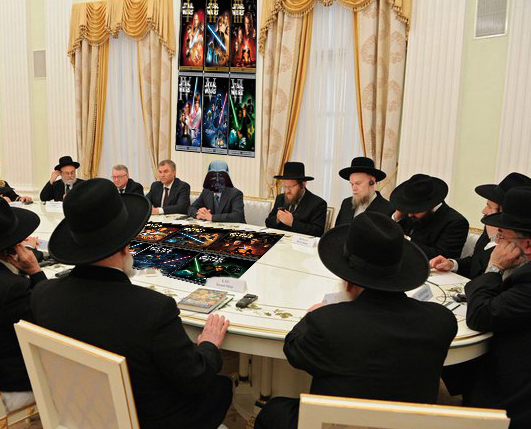 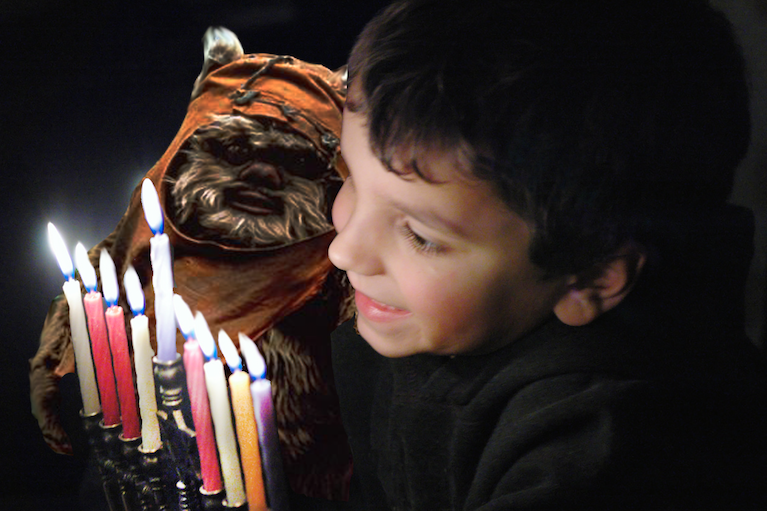 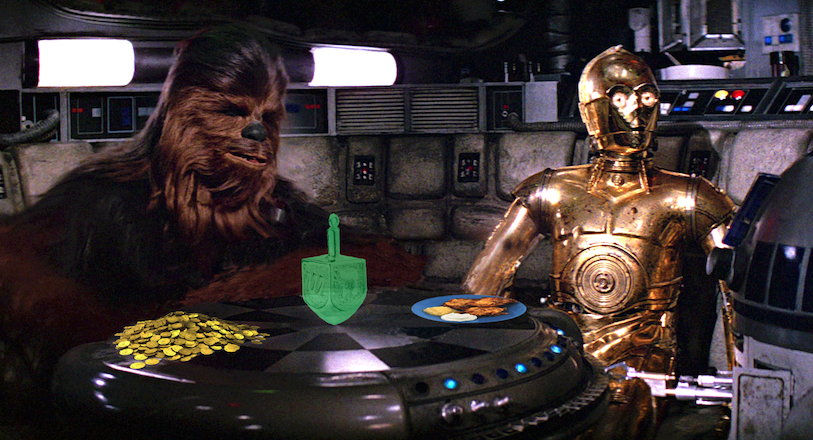 Chag urim sameach to all and if during the first seven nights you fear the last night of candlelighting has arrived, just remember the famous words from this wise sage: 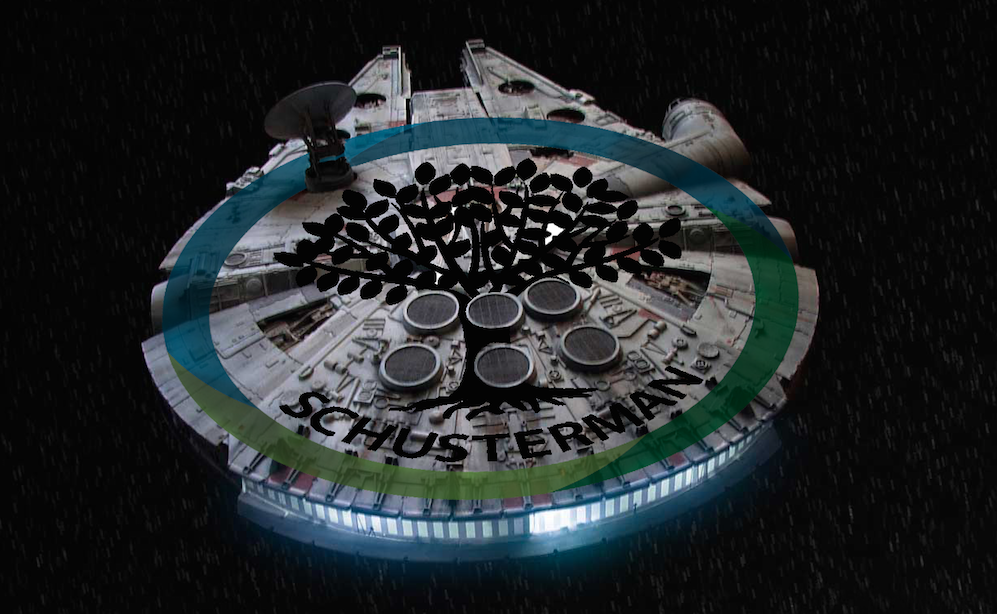 Benji Lovitt is currently booking comedy shows and programs in North America for 2015. Email booking@benjilovitt.com or contact him for more information.