Eight Years in Israel: Time to Get Serious

Posted at 1:57am on Aug 8, 2014 in Benji's Getting Serious, Comedy, Culture, I Love This Place, Life on the Home Front, That Thing That Pays the Bills, This Aliyah Moment is Brought to You by the Letter Aleph by Benji 0 Comments

“A tradition unlike any other”

The Masters Tournament…and my aliyah anniversary blog post. While this one sneaks up on me every year, this is in some ways a bigger deal to me than my Yom Haatzmaut list. One, because I am more likely to be writing it in 20 years, two, because it doesn’t cause me to wake up in a cold sweat a week beforehand. 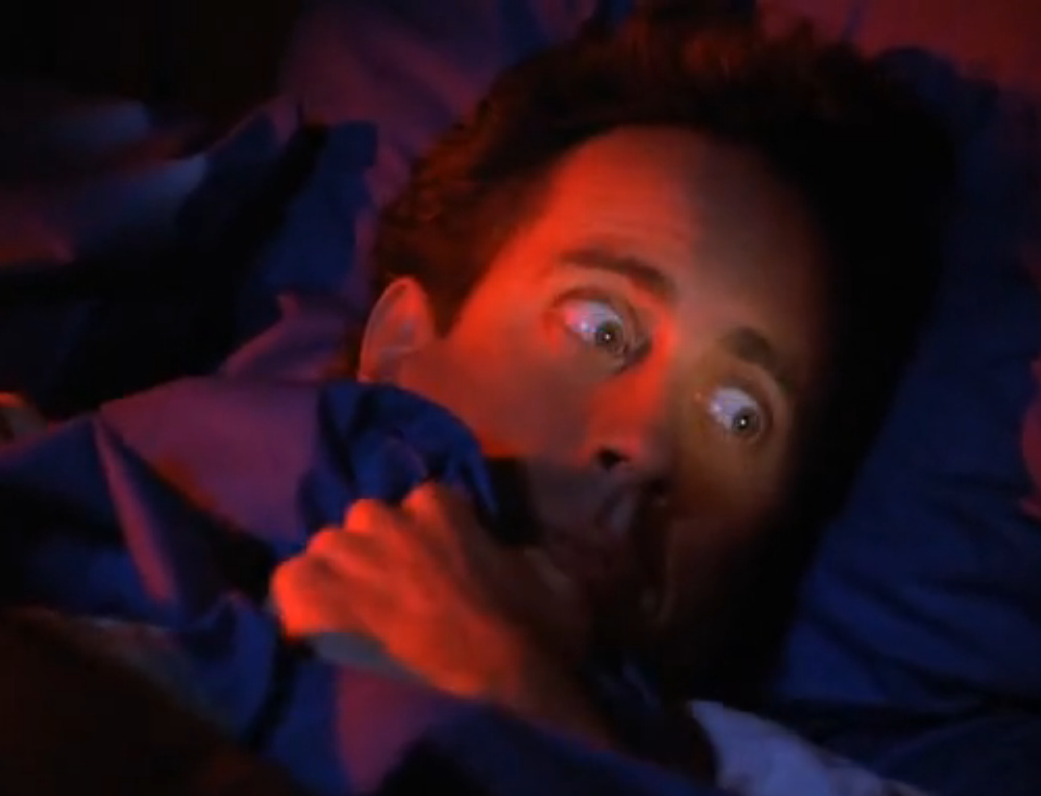 A few years ago, I was more likely to list my accomplishments (like no longer crying in the fetal position when I got disconnected from Orange). Now?  Just feels like a nice time to reflect on life. So here we go. (If you don’t like self-reflection, you can stop reading now. Hey, it’s my site, I can do what I want. Ech omrim “navel-gazing”?)

Today marks eight years since I landed in Israel. I have made sure not to say “eight” until today, sticking with “seven-and-a-half”. Last year, I rounded up for the last few months or said “almost seven”. Once I hit the big day however, the excitement was lost because the novelty of saying “seven” had worn off. So this year? Seven-and-a-half…until today. (And yes, I do realize the similarity to the child who uses half-years to describe his age. YOU GOT A PROBLEM WITH THAT?!?!?!?  If so, may you be cursed with a seven-and-a-half hour wait in line at the Bituach Leumi office.)

“it hasn’t sunk in that I’m starting yet another chapter of my life but after moving to New York, how big of an adjustment can it be?”

So did everyone know I was a big moron and just didn’t tell me or did I keep it hidden? If I ever write a book, that is getting its own page at the beginning. I mean, I just can’t remember what I was thinking. 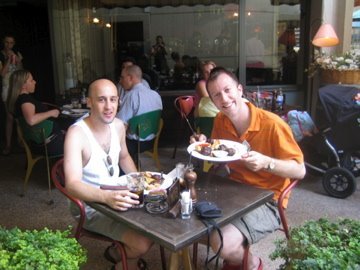 First meal in Israel, eight years ago today:  do you know why I’m smiling?
Because I have no idea what I’ve just gotten myself into.

I talk about aliyah all the time. To groups, to tourists, to whomever it is that seems to be asking me about it every single day. It doesn’t happen as frequently anymore but once in a while, I’ll still come up with some new analogy or angle. I don’t remember if I’ve discussed this one in this space but I imagine aliyah is like marriage. (Commence talking about something I know nothing about in 3….2….) Even if you’ve been dating your partner for 5 years, once you get married, something changes. No matter how much you think you know, you don’t know squat (use a different word from “squat” if you’d like, I won’t mind.) Or even better: no matter how much you think you know about kids, you realize once you have them that you knew nothing. (How was that? Did I nail it?)

I had been in Israel for a summer, for a year, staffing trips, in Tel Aviv even (unlike most Americans back then), had Israeli friends, spoke some Hebrew….who loved this place more than I? Man, how little I actually knew about living here…. It’s been fascinating to watch how Diaspora Jews’ relationships with Israel have changed or developed differently in modern times via their exposure to our experiences via Facebook, blogs, and just being able to follow other peoples’ lives over the internet in a way that wasn’t possible in the old days. Let me try to remember the number of snarky Tumblr blogs I followed back in 2006. Give me a second…. Zero. There aren’t many secrets these days.

So what’s there to say this year? To quote the Haggadah, on all other years, we talk about “yiyeh b’seder” and chumus. But on this year, we talk about this conflict that won’t seem to end.

This last month has been really heavy for everyone. It’s not my first rodeo, or as we say in Israel, WAR. I moved here days before the 2nd Lebanon War ended , not that there was any threat to Tel Aviv. I went through Cast Lead. We had our first sirens in Pillar of Defense. And now this. This feels different from 2012, not even two years ago. The tunnels, the number of deaths, the number of rockets/sirens, the length of this thing, and its coming on the heels of the kidnappings and revenge murder. This was the most depressing month for everybody for as long as I’ve been here.

So how did I spend the last few weeks? More than anything else (and that includes a lot), turning headlines into Facebook jokes. Even if it wasn’t my goal, it apparently (according to you people) had the effect of raising peoples’ morale. I’ve thought several times over the last couple of years: “when shit goes down here”, that’s when I shine (again, according to you people). Not only during Pillar of Defense but when any big events happened: Obama’s visit, our elections, and recently, the visits of the Pope or Justin Timberlake. Several people told me, “you were really killing it on Facebook when _______ happened.”

But something was different this time. I don’t remember if there was a moment where I thought, “ok, we’re going to war, let’s do this” but as days passed, I started to realize maybe my updates meant a little more to people this time around. The messages I would get thanking me for being the only thing that would make them smile anymore, the only reason to check Facebook, etc. I said this for the first time in 2012 but there is something tremendously weird and conflicting about reaching your highest level of performance when everyone around you is suffering. I know most of us don’t measure ourselves by how many likes and shares we get but when the most popular things you ever produce are created when sirens are going off, it’s impossible not to derive some pleasure, followed by feeling guilty that you’re actually “enjoying” this war at times. (I don’t even know what word to use but that looks terrible when I read it.)

My friend Harry joked with me, “you’re a war profiteer!” And he’s not wrong (minus the negative connotations, I hope). I got my name out there a lot over the last month.  The most important thing I always felt that I had contributed to the Jewish people since making aliyah, the thing I promoted because I was sure it would cause the most heads to nod in recognition, was my Yom Haatzmaut list. But suddenly that doesn’t seem like #1 anymore. This….whatever you call it….live-blogging/documenting the war…seems more important. When I see all the likes, shares, and messages of thanks in writing and in person, I sense that this is more appreciated and necessary. So what does this have to do with eight years in Israel? 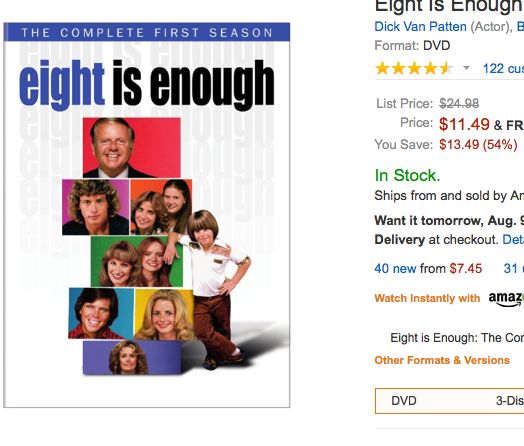 Eight is Enough….not for me though

Those who have been paying attention know that I have never said, “that’s it, I’m here forever” (I even referenced this in my first blog post ever). I’ve always felt that most people who say they know with absolute certainly where they’ll be in 10, 20, 30 years down the road is lying. There are just too many factors beyond our control and unknowns. My friend Shai left Israel this past year with his wife and kids after twenty years and army service. Twenty years! Why? Because he found a job in America which gave him opportunities that just didn’t exist in the Israeli job market. If that dude left, how can I possibly know what my fate holds?

Yet for maybe the first time, in some ways, it’s really hard for me to imagine leaving. I still don’t know and I still know there’s so much that’s bigger than just day-to-day life (my family, my parents, the choices of the future Mrs. Lovitt…..anybody seen her by the way?), but who is going to do all this stuff if I’m gone? Israel needs me. I may not have served in the army but when Obama’s plane lands, the ballot box opens, and more importantly, when rockets start flying, my service begins. I put on my uniform (the same thing I wear every other day), pick up my weapon (laptop), and report to duty (cafe or ergonomic office chair).  Eat your heart out, Golani.

When I imagine myself moving back to America, I imagine a professional athlete retiring after a long career. John Elway, Brett Favre, Mariano Rivera….these guys always cry in their last big press conference because they know they’ll never EVER get to go back to what they loved more than anything, to experience what matters most to them on the biggest stage, and that what makes them THEM is gone forever. This is who I am now. My friend Aimee asked me a few months ago, “who were you before you moved to Israel? I only know Israel Benji.”

If I returned to America, I would find something in the Jewish world, I would find friends, I would do something….but who would I be and how would I do this???  I don’t know the answer. Let’s just say when I arrived eight years ago, I never thought the biggest thing keeping me here would be my work. But then again, this isn’t really just “work”, is it?

Here’s to the most meaningful, crazy, roller-coaster, interesting, never EVER dull years anyone could ever have. Happy aliyaversary to me. 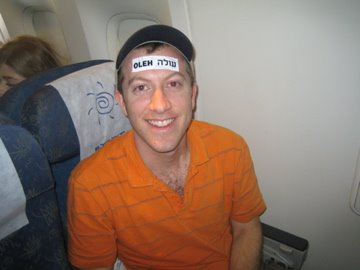 Watching my five-year slideshow will never ever get old to me. If this resonates with you too, let me know.