Here is a recent article I wrote for the website eJewishPhilanthropy.  It’s a serious one about the world of Israel educational tourism and the feedback has been tremendous.  Let me know what you think.

Israel has changed over 66 years. Our programs should reflect those changes.

I recently performed a stand-up comedy show for a Birthright group in Jerusalem. When I inquired about their itinerary to get an idea of what exactly to joke about, I was told that not only did the group not have the usual “free night” out in Tel Aviv, they didn’t even sleep in Tel Aviv a single night on the trip! Not in Jaffa, not in Bat Yam, not in Kibbutz Shfayim on the way to Netanya, nowhere in Gush Dan (the greater Tel Aviv area). They took a day trip from Jerusalem, spent several hours there, and returned that evening.

I had to finally write this article to address what I believe is a significant problem with Israel trips not only today but going back several decades since educational tourism became popular. From synagogue and organization missions to Masa programs, and from high school trips to Birthright, we do a horrendous job of exposing Diaspora Jews to Tel Aviv and everything it stands for: modern Israel, the “start-up nation”, religious pluralism, and Jewish peoplehood.

It’s almost become a cliché to reference the Pew Report over the last few months but here we go. We know that a growing number of American Jews simply do not connect to their Judaism through prayer and religious identity. While we can all agree on the need for better education to strengthen Jewish identity (pre-Israel trip programming, post-Israel trip programming, non-Israel related Jewish programming, etc.), we insist on bringing Jews to this magical Jewish laboratory called Israel while almost completely neglecting one of the places/sites/Jewish playgrounds we know many of these people will most strongly connect with.

Read the rest of the article here… 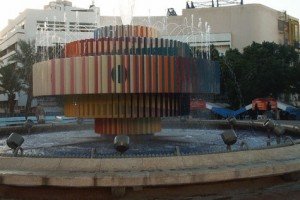