My Rosh Hashana column for the Times of Israel.  Shana tova, everyone!

With Rosh Hashanah just around the bend, I decided to check out the future in my spanking new time machine. Now, just seconds after I left, I’m back with the answers to your questions about what’s in store for the coming year, 5773.

My daughter is making aliya, arriving October 16 with Chinese pug in tow (I dare you to go meet her). She will be getting her masters at Ben Gurion University, and she has an apartment and friends in Beersheba. Will she be safe? How worried does a Jewish mother have to be?
— Barbara, Ft. Smith, AR

5773 will be another great year for Israeli innovation. Bucking hundreds of years of tradition, an Israeli scientist will develop a serum to prevent Jewish mothers from worrying, completely redefining the stereotype of the neurotic, guilt-inducing maternal figure. This will happen on April 1.

Seriously, you have nothing to worry about. Beersheba will be completely safe in 5773, especially after the entire city picks up and moves to Nebraska.

What kind of weather should we expect in 5773?
— Ruti, Jerusalem

Partly cloudy with a chance of long-range missiles.

Why are there no casinos in Israel, and when will there be some?
— Moshe, USA

Why are there no casinos in Israel? Unfortunately I cannot read the past.  I do, however, bring both good news and bad news. The good news is that 5773 will bring a casino to Israel.

In Adar 5773, billionaire Sheldon Adelson will build a local branch of an existing Las Vegas casino. Focus groups will frown upon Caesar’s Palace when reminded that the Roman Empire sent the Jews into exile for 2,000 years, and the Luxor will do no better, apparently because memories of slavery in Egypt don’t fade so easily.

Adelson will finally settle on Circus Circus with a local twist. In Av 5773, Chumus Chumus will open in Eilat to rave reviews (especially for its all-you-can-eat salatim bar). 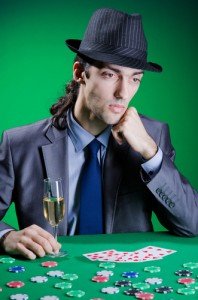 Do you want chips with that? (gambling image via Shutterstock)

The bad news is, as evidenced by their willingness to drive, nobody is more comfortable gambling than Israelis. The casino will go bankrupt in a week.

Will there be a Bigfoot sighting in Israel this year?
— Ilan, Ra’anana

Just weeks after the conclusion of the chagim, The Times of Israel will publish a blurry photo of what is thought to be Bigfoot. After a thorough investigation by the Society for the Preservation of Nature in Israel, it will be revealed that the figure is not Bigfoot but rather a Haredi woman in Bnei Brak as viewed through her husband’s glasses.

Will the Israel Postal Company finally bring me my parcel sent from the UK months ago and returned to the sender twice already?
— Vanessa, Tel Aviv

In Heshvan 5773, your parcel will go through El Al security. When they ask if it packed itself, it will say no and be turned away.

Will this be the year we finally get Mexican food in Israel?
— Yoav, Netanya

I am thrilled to report that, yes, this is finally the year. After years of restaurants trying to pass off Doritos and tomato sauce as nachos, 5773 will bring an influx of Mexican olim to Israel. Thanks to a $10 million gift from famous American comedian Louis C.K., whose has both Jewish and Mexican roots, aliya organizations will increase their manpower and inroads into the Jewish community. It is indeed a fine year for Ñefesh B’Ñefesh.

Will my son be accepted to Birthright? And if so, will he date a Jewish girl?
— Debbie, Boston

I am pleased to say that your son will participate in Birthright in Nissan 5773 and enjoy a meaningful and life-changing experience.

If by “date,” you mean “get to second base in the Bedouin tent”, then yes.

Who will be crowned the next Miss Israel?
— Neil, Brooklyn

In the summer of 5773, Bruria Azoulay will become the undisputed champion of the Miss Israel pageant after wowing the judges in the talent competition. After runner-up Keren Guf-Tov’s beautiful if accent-heavy rendition of “My Heart Will Go On,” Azoulay will bring the judges to their feet as she chops a cucumber into 3,000 pieces in under 20 seconds. 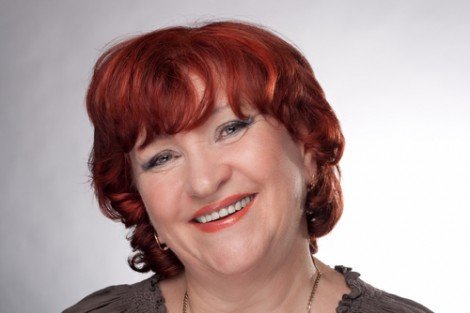 You know what they say: Fifth time’s the charm.

Will Israel ever crown a national bird like the United States, and if so, what will it be?
— Ofer, Berkeley

We already have one, didn’t you hear? It spied on Turkey.

Is this the year that Ariel Sharon comes out of his coma?
— Joey, Cincinnati

Is there anyone in this country who doesn’t agree that the former prime minister’s not-alive/not-quite-dead state falls somewhere between sad, embarrassing, and just ridiculous? When he eventually passes away in anti-climactic fashion, it’s hard to imagine he’ll receive the typical fanfare that a head of state receives.

Many have wondered where this country would be were Sharon still alive, calling him one of the strongest prime ministers that Israel has ever had. In a region where “force” is as much a language as the spoken word, it has been said that Sharon was the only Israeli that Arabs feared.

He’s not dead and he’s not alive. The situation is tragic. Not so in 5773. On the 16th of Adar (February 26, 2013, Sharon’s 85th birthday), the Israeli army will launch “Operation Weekend at Bernie’s.” Crediting advances in Israeli medical technology, the Shin Bet security service will parades Sharon’s seemingly alive body around Israel, leading to the fall of Netanyahu’s coalition and early elections which Sharon wins in a landslide.

To the absolute horror of the Arab world, Sharon’s coalition will span 118 seats, uniting Israel and pressuring Palestinian Authority President Mahmoud Abbas into striking a deal. On May 14, Israel will celebrate its 65th birthday with the signing of the Israel-Palestinian peace accords, sending millions to dance in the streets. Israeli TV and Al Jazeera will livestream the celebrations in Rabin Square as Sharon dances to “Party Rock Anthem.”

When are you going to get married already?
— Mrs. Lovitt, Dallas

Soooooo… looks like that’s all the time we have for questions. May we all have a safe and healthy 5773. Shana tova!