The Day the Jews Killed the Airline Search Sites

In light of yesterday’s travel news, here’s my latest on the Times of Israel.  I’m really enjoying the transition from “oleh chadash observations” to more current events and stuff.  Are you?  Is anyone even still here anymore?

Did you hear the one about the guy who bought the insanely cheap airline ticket to Israel?  If you didn’t, you probably have better time management skills than many.  For those of us who digest Twitter and Facebook updates like they’re Bamba, it didn’t take long for the word to spread yesterday about the so-cheap-you-have-to-look-twice tickets to Israel.

As reported by the New York Jewish Week, a roundtrip ticket between the Big Apple and the Big Theocracy were going for as little as $350 or roughly the amount of a bottle of contact lens solution at SuperPharm.

Within just a couple of hours, Facebook newsfeeds were filled with updates like “$420 round-trip US to Israel!”, “Insanely low airfares to Israel. Just booked $347pp JFK-TLV for December.”, and “Look at this low-resolution photo of my cat in a cardboard box.” 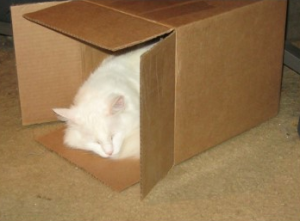 I mean, it was either this or somebody’s tiramisu.

The deals were not available on El Al’s site but rather on third-party sites such as Expedia and Orbitz.  Strangely enough, roundtrip tickets to Syria for as low as $5 did not cause a spike aside from a ticket bought by Tom Friedman who plans to pen his new book currently titled “Hama Rules II:  Dictators on Ice”.

One Facebook friend announced receiving this deal for $420 which prompted El Al to announce that for this specific fare, the ticket would be honored only if it were rolled up and smoked.  (Writer’s note:  It was fun watching the stoners Like this one on Facebook.)

Fares seem to have been restricted to the winter months, a popular time for Americans to visit Israel in search of Marzipan rugelach from Jerusalem, tchotchkes from Nachalat Binyamin, and reasons to make themselves feel better about living in the Diaspora.

Of course, with tickets typically costing over a thousand dollars, money-conscious travelers were thrilled to save during difficult economic times.  While staffing Birthright trips is a popular way to visit Israel for free, this deal was a major coup for those who have limited budgets yet are averse to cleaning puke off a coach bus.

One Twitter user even claimed to have procured his ticket for just $178.  Then again, former US Representative Anthony Weiner also Tweeted a picture of his dong and then denied it so you can’t believe everything you read. 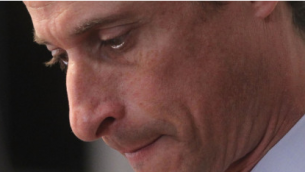 Many potential buyers were disappointed to discover that they were too late with the announcements that the deal was over.  Sources claim that it would have lasted longer had Rav Zweibelman of Yeshiva Simchas Beis Gefilte in Boro Park, New York not purchased tickets for himself, his wife, his eleven children, and his four hundred thirty-two grandchildren (baruch Hashem!)

After the deal came to a close, euphoric announcements of ticket purchases online were immediately replaced with questions of whether they would be honored.   To the surprise of many, El Al spokeswoman Sheryl Stein explained that due to the mistake of a third party in forgetting to take fuel charges into account, the airline would honor all of the tickets.  There is no truth to the rumor that El Al immediately fired Stein for providing excellent service and “acting American”.

Finally, some people debated the moral ramifications of taking advantage of the mistake.  From the Jewish Week:

“The incident sparked a debate over Jewish ethics with some saying it is impermissible to benefit from the company’s error. Commenters on the VIN site story cited the Talmudic concept of Mekack Taut, or deriving a benefit from a contract with a flawed understanding by one of the parties, which the sages prohibited.”

One Reform rabbi who declined to be quoted claimed that he had no problem with this act before returning to finish his cheeseburger.

To those who were able to take advantage of the cheap fares, mazal tov!  For those who missed the boat – or plane – can I interest you in some cat photos?

*Credit to my friend Rachel for the title