The Middle East is Funny (What You May Have Missed)

Did you miss the news of the last week?  Here are a few of the, ahem, more “interesting” Jewish- and Israel-related stories of the last several days. I wish I was making these up.

As always, if you’re going to live in Israel, you’d better have a sense of humor.

A children’s entertainer dressed as popular Sesame Street character Elmo was arrested after going on an anti-Semitic rant in Central Park last week. Adam Sandler, no relation to the movie star, incoherently said, “I’m not making money because the Jewish costume company is harassing me.” While it is unclear as to what Sandler meant by the “Jewish costume company”, sources speculate that he may have been referring to Chava’s Wedding Shop on Dizengoff. 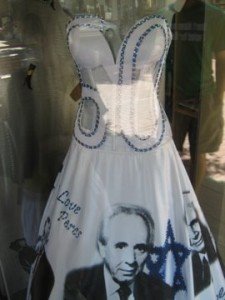 While Sandler’s anti-Semitic vitriol was criticized by Jewish groups, it was praised by UN Secretary General Ban Ki-Moon who immediately named him “Man of the Year” and the head of the UN Human Rights Committee. Sandler’s spokesmen expect him to compensate for lost income with his starring role in the next Mel Gibson film.

On June 22nd, a beauty pageant was held in Haifa featuring female Holocaust survivors as contestants. Fourteen women between the ages of 74 to 97 took part with 79 year-old Hava Hershkovitz being declared the winner. Organizers called the event a celebration of life, but critics denounced it as trivializing the horrors of the Holocaust. Hershkovitz was quite emotional to have won, especially following her disappointing 4th place-finish as Miss Treblinka 1942. Complicating the final results, the scores for the swimsuit competition were thrown out after judges were forced to flee the room and vomit. Other events included the talent competition, the Q&A, and manual labor.

3. Syria shoots down plane, thought it was Israeli:

Late last month, a Syrian government minister defended his country’s shooting down of a Turkish plane, claiming he thought it was an Israeli plane. Syrian Information Minister Omran al-Zoebi told a Turkish news channel that the confusion stemmed from the fact that both Israeli and Turkish fighter planes largely are American-made. al-Zoebi told Reuters that he blamed the Zionist entity for all the world’s problems before abruptly ending the interview in order to continue killing his own citizens.

The Information Minister was admittedly embarrassed for the premature firing until being reassured that this was a common problem for military males. To top off his difficult week, al-Zoebi was later admitted to the hospital with a broken leg from kicking his own shadow, which he claimed was a Mossad agent. 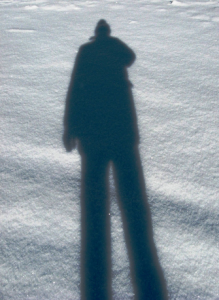