Angry Anglo Bloggers, Why Can’t We All Just Get Along?

Posted at 7:43am on May 5, 2012 in Benji's Getting Serious, Comedy, Culture, I Love This Place, Life on the Home Front, Mr. Miyagi, This Aliyah Moment is Brought to You by the Letter Aleph by Benji Lovitt 0 Comments

In case you missed it, here’s my latest blog post from the Times of Israel.  Enjoy and Shabbat shalom!

Once upon a time, 45 bajillion blog posts were written about olim, their complaints, and a partridge in a pear tree. In our immediate-reaction, “look, two things happened within three hours… it’s a meme!” society, people began talking about this site’s back-and-forth between “olim hadashim,” “olim vatikim,” and their upcoming bout at Wrestlemania 28. (Main event: Hollywood Hulk Hogan vs. Shmuel Goldfish, loser leaves town and moves to Galilee as part of Nefesh B’Nefesh’s “Go North” campaign.)

Complaints ranged from (and these are not direct quotes) “living here is more difficult than I expected because of false expectations” to “we need to take a long, hard look at how to keep human capital here.”

Responses in blog posts and talkbacks ranged from (paraphrasing again) “you can always leave” and “you forfeit the right to complain when you move here” to “if you dare criticize this country, I will shove a 10-foot mezuzah down your throat.” OK, so I made that one up.

Whoa. Don’t people have less combative things to do? Like Pinterest? (How cute, somebody pinned a picture of the classic Hebrew “go **** yourself” T-shirt.)

This never gets old.

What are we even talking about anymore? The conversation went from addressing specific complaints to the very right of people to complain, with what was perceived as, accurately or not, olim hadashim in one corner and olim vatikim in the other. I could only read so many of these before wondering when a different voice was going to jump in. Can I represent olim beinoni’im (no way to translate that but, yes, I did just compare myself to a medium sized beverage)? Because G-d knows this part of the world needs as much mediation as possible.

Could it be that there’s no actual phenomenon here, but that instead it’s just a function of the internet? Everyone knows that blogs and sites like Twitter and Facebook give everyone a microphone, and that it’s much easier to express yourself (read: complain) now than in the old days.

(To anyone who attacks me in the comments: May your children be subjected to a lifelong diet of American cucumbers.)

Seriously, how did people make aliya before the internet existed?

I would love to read the unwritten blog posts of yesteryear. I mean, have you ever heard the horror stories that olim from the ’70s and ’80s tell to elicit a reaction? Holy hell, can anyone confirm whether or not they’re even true?

“When I moved here 30 years ago, it took three months to get a phone line installed. And you had to give blood before they’d even come to your house.”

“Omigod, you had to give blood!? That sounds HORRIBLE!”

“TOTALLY. And if you wanted to switch banks, you had to first withdraw all your money, and then the bank you were leaving would give you 613 lashings.”

To voluntarily immigrate somewhere and then subsequently complain about the culture into which you wish to integrate is fairly audacious. In Israel, zeh mah yesh (that’s the way it is). This is what you signed up for, kids.

I don’t know about you guys, but I didn’t sign up for an 80-year-old Polish grandmother elbowing me in the small of my back while cutting in line. How was I supposed to see that coming when I was singing outdated David Broza songs at Young Judaea summer camp and eating nasty falafel I thought was tasty? WHAT WERE WE THINKING? Oh right, we weren’t. We were teenagers. But how many Anglo olim would come if they knew the whole truth? Definitely fewer. Maybe we should start advertising the real Israel so people can know what they really signed up for.

I want to start seeing more honest pictures in Nefesh B’Nefesh’s photo campaign. For example, I propose this advertisement for an Israeli government office: 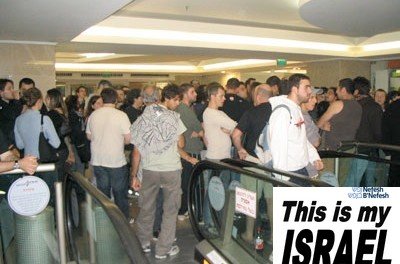 There is a disturbing new phenomenon afoot, one that I have dubbed “complainglos”; that is, Anglos who seek to ease the difficulties of absorption and assimilation by bashing everything about life in Israel.

Well, I certainly hope they’re not bashing everything about Israel. Yes, Anglos complain, but does anyone actually believe this is a “new phenomenon”? It’s certainly not new to 2012, and if complaining has increased over the years, the only people who’d have the perspective to recognize it are those who have been here for decades.

The Sages said that as long as birds are of a particular feather, they will flock together and complain about worms (or something like that). Having a community of fellow English-speakers provides a support system (and lovely English-speaking blogs like this one). However, it comes hand in hand with the motivation to complain.

I even found an angry rant from one oleh complaining about Israelis violently pushing people out of the way to board the Egged 405 line, with the guy changing the words to “David Melech Yisrael” to expletives. Oh wait, you’re saying that was me five years ago? Moving on…

Is this place awesome? Yes. Are Israelis the hottest Jews ever? Yes. But let’s be honest, a lot of things need fixing and anyone who’s paying attention knows it. Maybe it’s the government, maybe it’s different groups having too much or too little power.

New generations of complainglos are like the Lion King: It’s the ciiiiiircle of life. Except that instead of singing lions we have Westerners wondering how many times they have to call Orange without getting hung up on. 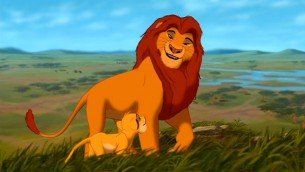 “Simba, someday you will rule this kingdom. Just know that all cellphone companies are basically the same.”

During my senior year of college (right around the time of the Ben-Gurion administration), I wrote a psychology thesis on ethnic humor. I ran an experiment confirming what we already know: A member of an in-group can make jokes that a non-member cannot get away with. For instance, a black guy can tell a black joke but a white guy can’t. (Fortunately I can get away with it, seeing as I’m dark on the inside and white on the outside. They don’t call me “reverse Crembo” for nothing.)

Israelis (and when I say “Israelis” I include us olim) can tolerate a lot more criticism from people who actually live here than from those who don’t. It’s that whole “you can’t beat up my little brother — only I can beat him up” thing.

Most people who live here will let criticism from their fellow aliya brothers and sisters slide because they know that they’re on the same team, members of the same proverbial family. They know that the complainer has decided to cast his lot with the Jewish people in Israel and shares the same strong emotional investment in this country.

Here’s a little secret that’s actually not a secret to anyone who’s followed my humor for the last few years: For the better part of 364 days out of the year, I complain, and I complain too much. So why don’t Israelis or olim vatikim tell me to shut my Crembo-hole? Presumably because I have a sense of humor about it and bring a smile to people’s faces, highlighted by my annual critique-free Yom Ha’atzmaut list. What people don’t know is that I’ve also been toying with the idea of making a “sixty-whatever things I hate about Israel” list. Why haven’t I done it? Because if it fell into the hands of those who don’t really know me it could lead them to think I don’t really want to be here.

In the wise words of one of the aforementioned bloggers:

It does us no good to cling to the comparisons. We are here for no other reason than that we want to be here.

He’s right: You shouldn’t compare between countries. It serves little purpose and it’s frustrating. And to be fair, I’m the first to admit that I’m poor at taking this advice.

Olim hadashim, it will get easier. Olim vatikim, the newbies need your help, inspiration, and understanding. Do your best Mr. Miyagi and pass on your infinite wisdom, provided it doesn’t require anyone to paint both sides of a fence. 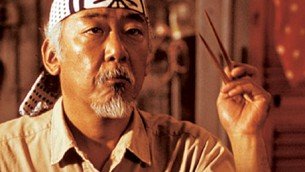 Oleh who catch fly with chopsticks get big arnona discount.

Let us all enjoy this wonderful country together in peace and harmony. Anybody want a hafuch?