I believe the children are our future.  Teach them well and let them lead the way.  I just made that up.  Sounds good, right?  Even though they’re dumb and crap their pants, trust me, it won’t always be that way.  Kids are going places; you heard it here first.

So when fellow Hahafuch team member Molly asked me to babysit her one-year old Ami for an hour yesterday, how could I say no?  Besides, kids are easy.  What’s there to know?  Before he arrived, I made sure to assemble some things to keep him entertained:  The game Risk, hard candies, and a popular movie from my youth. 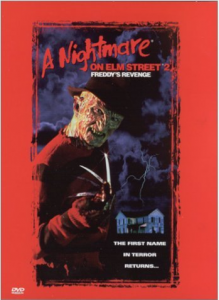 I know what you’re thinking:  how’s a kid going to locate the Ukraine?

Around 1 PM, I made my way down to the gan to pick him up.  Before I had even gotten a sentence out as to who I was or whom I was picking up, the ganenet (kindergarten teacher) was handing over the kid.  Holy onesie, that would never happen in America.  I haven’t picked up somebody else’s child from school in a while so I’m not sure about the current requirements.  Aside from the rectal exam, do you need to provide the past 5 or 10 places of residence?  (Ech omrim “onesie”?)

Back when I was a psychology major at the University of Texas, I learned attachment theory in my Developmental Psych class.  While I can’t recall at what age this behavior kicks in, I seriously hope it’s after age one.  This kid would have willingly attached himself to Hans Gruber from “Die Hard.”  I picked him up and in no way at all was he the least bit disturbed that a strange man was scurrying down Ein Gedi Street with him.  I had neither a stroller or a baby Bjorn, you know, because the odds of an adult male who can’t figure out a remote control in 2011 probably has a better chance of shoving 84 chocolate falafel balls up his nose whole than figuring out how to put on a baby Bjorn.  (And, by the way, where’s the gold standard for chocolate falafel these days?  I’ve always been a Melech HaChocolate HaFalafel guy myself but ever since they started charging for sprinkles, I’ve been ready to find something new.)

Forget what the kid thought, what about the neighbors?  Yeah, that didn’t look sketchy.  A bearded man wearing a black jacket and a black wool hat, hurrying down the street holding a baby.  “Nothing to see here, folks, move it right along.  Just fleeing the baby factory in Talpiot….”

And holy dirty diapers, Batman, who needs the gym?  That was bleeping exhausting after two blocks.  It’s not every day that I take a leisurely walk while holding a person.  At the gym, at least you can put the weight down.

Back at the ranch, it went pretty smoothly, thanks to his toys and sunny disposition.  Animal sounds, toys, and staring at the light fixtures.  Question for next time though:  when putting Jim Beam in a sippy cup, is it best served with ice or not?   I’m joking, I’m joking, I let him drink straight from my glass.  Apparently, I’m not the only one who thought it a good idea.  When I suggested on Facebook that I give him some coffee, one commenter responded:

No coffee, the caffeine will just wind him up and you will have to play with him! You are much better off with scotch. Then he will nap and you can stay on Facebook.

Did snark and sarcasm exist before our generation?  Why do I think parents didn’t make these jokes 30 years ago?  Maybe I’m wrong.

We spent most of our time watching various Youtube videos.  I’ll just let you see it for yourself.

A few other thoughts:

If anybody needs a babysitter, you know where to find me.  Our phone lines are open.