“My Name is Avi Liberman and I Approved This Message”

It’s that time of year again; we’re just days away from the annual Comedy for Koby winter tour.  I’m always surprised to meet an Anglo who hasn’t heard of it but anything is possible.  B’kitzur, nice Jewish boy Avi Liberman is back, along with three more American comedians to make us laugh, all for a good cause, details of which can be found in the link above.

And of course, Avi Liberman, tour founder and funny guy from Craig Ferguson, Comedy Central, and Showtime, guaranteed to do the best Israel jokes not written by Some Dumb Oleh.  When you see Avi, be sure to ask him why the Houston Texans can’t keep their quarterbacks healthy.  He loves getting that question-REALLY!

If you’re wondering if the two Jerusalem shows are different, the answer is a resounding yes.  The early show will be very funny and the late show serves shawarma dumplings to all paying customers.

You know what they say:  ain’t no party like a Gush Etz party CAUSE A GUSH ETZ PARTY DON’T STOP!

-December 14th-18th, FIVE SOLD OUT SHOWS IN DIMONA!  Just kidding. Katy Perry has the arena that week.  (By the way, in order to figure out what musical reference I’d use here, I pulled up the iTunes Top 10 song list.  Did you know that the #9 download is “Ni**as in Paris” by Kanye West and Jay Z?  Either I can’t believe there’s a song by that name or “ninjas” is now a bad word.  Or Ninfas for the Houstonians out there.) 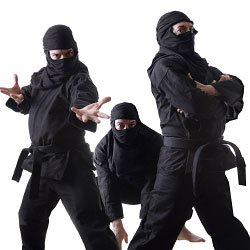 This is when I wish I could Photoshop.  Although 7 PM on a Thursday night in Israel is not the time to start.
Sorry, boys-no Eiffel Tower for you. 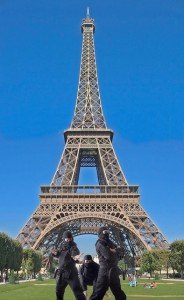