The Idiot’s Guide to Yom Kippur

Check it out….we made it into Jpost.

Kol Nidre. The Day of Atonement. Shabbat Shabbaton. Whatever you want to call it, we’re just hours away from Yom Kippur. Such a holy day…but what exactly is this special day? No time to waste, the gates are closing. Without further ado, here is an Idiot’s Guide to Yom Kippur for both the hard-core repenters and the religious newbies. Let’s jump in, leather-less feet first.

Yom Kippur is the most solemn day of the Jewish year, which really says a lot when you consider what a gloomy people we are. The gravity of the day comes from the central themes of atonement and repentance, as our fates for the upcoming year are sealed. “Who will live and who will die, who by fire, who by water.” Hey, who’s ready for some fun? I just love an uplifting message to get me into the holiday spirit.

Like all Jewish festivals, Yom Kippur begins at sundown, entering this year on Friday, October 7th. Interestingly enough, the Hebrew calendar is arranged so that Yom Kippur never falls on a Friday, Sunday, Tuesday, or Rosh Hashana.

Unlike a normal day that has four prayer services, Yom Kippur has Maariv, Shacharit, Musaf, Mincha, Neila, Donner, and Blitzen. And let’s not forget the important vidui, the public confession of sins. Don’t be bashful – none of us are perfect. “Ashamnu…bagadnu…gazalnu….I unfriended my boss.” And what exactly is Hamasnu anyway? Who the hell wants to admit they joined Hamas? I’m more of a Fatahnu guy myself. During the afternoon service, we read the book of Jonah whose message is clear: avoid large man-eating fish at all costs. And if you do get swallowed up, make sure your smartphone has been configured for “In-Stomach Tweeting”. 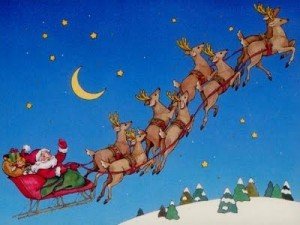 Among the customs on this holiest of days are the prohibition of eating, drinking, bathing, wearing perfumes or lotions, or engaging in marital relations. Taking into account the absence of perfumes and bathing, this last one can probably go without saying.

Traditionally, Yom Kippur is considered the date when Moses received the second set of ten commandments, begging the question: “There was a problem with the first?” I don’t know exactly what went down three thousand years ago but if there’s ever a time not to be shlepping two large stone tablets, it’s probably when you haven’t eaten in 18 hours. “Hey, Big Man….can we take a rain check? I hear ya on the ‘Thou Shalt Not Murder’ but if I don’t eat something soon, I am seriously gonna kill somebody…”

And even if you don’t have the stamina to make it through the entire day, you won’t want to miss Neila, the final service before the proverbial “gates” are closed. I sure don’t want to be on the outside looking in. The Neila service draws to a conclusion with the blowing of the shofar, a message that not only has the holiday ended but also that secular people can now go back to not coming to shul for one more year. 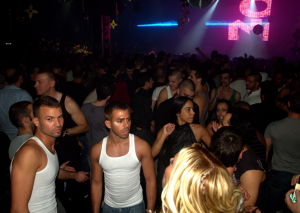 While Yom Kippur is a holy day wherever you are, if you’ve never commemorated this day in Israel, it is highly recommended. Not only will you experience a higher level of spirituality, you’ll witness a near absence of vehicles on the road which is probably wise considering that five out of five doctors recommend not operating heavy machinery while starving.

This particular day will mark 38 years since the Yom Kippur War, the surprise attack launched on Israel by its Arab neighbors. While a war is nothing to joke about, it’s worth wondering why the Arabs didn’t have the foresight to attack us on Purim. On Yom Kippur? You suck it up, summon your strength, and fight. But on Purim? With half the men dressed as women and heavily intoxicated? In high heels, I’m not fighting. Take the Golan, Mama’s feet hurt.

Jokes aside, I am proud to say that in the footsteps of American Jewish sports legend Sandy Koufax, I too will not be working this year. Please, hold the accolades. It’s the least I can do for my religion. I hope my fellow Israelis will do the same.

To all of you wherever you are, may you be inscribed and sealed in the Book of Life. Gmar chatima tova!