Top 10 Uses of the Guardian Newspaper

Just a couple of hours ago, as reported by the Guardian, “Southern Israel was hit by what appeared to be a series of attacks on Thursday as two vehicles were fired on near the Egyptian border and a group of soldiers were hit with heavy weapons.”

Appeared to be.  As my genius friend Tal responded, “London suffered from what APPEARED to be rioting.”  As I wrote on various other sites, the Guardian can appear to suck it.  Here is one man’s list of the Top 10 Uses of the Guardian (which may or may not appear to be a steaming pile of donkey dung.)

TOP 10 USES OF THE GUARDIAN

8.  We reduce Yigal Amir’s life sentence but sentence him to daily readings. 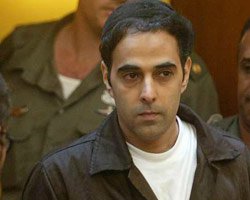 Don’t look so glum, your life just got worse.

7.  Used to teach Jpost’s 21 year-old interns how not to write a news article.

6.  Next time we’re in a war with Gaza or Lebanon, instead of dropping flyers warning people to leave their homes, we drop the Guardian on them.

4.  Throw it into the Kinneret to secretly raise the water level past the red line.

3.  Give it to Birthright groups next April and tell them it’s matza.

2.  Show it to CNN.com to show them that they could be worse.