I Haven’t Been to a Government Office in a While, Why the Hell Not?

Posted at 11:25am on Apr 4, 2011 in Comedy, Culture, Life on the Home Front, Once in a While I Just Have to Vent, This Aliyah Moment is Brought to You by the Letter Aleph by Benji 0 Comments

Come out to the Comedy Basement this Saturday night where I’m performing with Baruch Spier, David Kilimnick, and another guy making fun of Israel. Details here.

Also, check out the Stage One Theater Festival over Pesach in Jerusalem’s Beit Avi Chai.  Although I’ll be missing them due to previous engagements, my improv/sketch group Hahafuch has a couple of shows.

Shalom, my loyal readers!  Have you ever moved within Israel before?  I have.  It’s times like those when I miss U-Haul.  I know, I know, why would anyone miss a company which operates by taking your money in exchange for giving you an apparatus in which to load and move your heavy crap?  Because if I’m going to load and move my heavy crap, I’d like to at least load and move my heavy crap that allows me to wash my clothes without having to pay movers.  Having left my washing machine and sold my desk to the guy who replaced me, I now have less to my name than I did just a week ago.  Fortunately the guy I replaced left me a mattress, shelves, and cinder blocks.  This paragraph has been brought to you by Nefesh B’Nefesh. 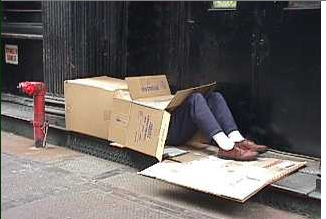 Some Dumb Oleh, the first night in his new place

Being much more settled in this country however than I was after my last move (2.5 years ago), I’ve been pretty responsible in taking care of beez-ness.  Internet?  Moved.  Mail?  Forwarded.  Address changed in teudat zehut?  Yeah, baby.  The misrad hapnim on Shlomtzion can turn that around in less than 10 minutes although I’m sad to say that they replaced not only the “sefach” (white piece of paper with address) but the entire thing.  It’s nice to be able to show off your TZ picture:  “Hey, look at me before I made aliyah!  I was young and carefree!  With hair!”  It feels like I’m showing off my college ID except instead of having my dorky shuk necklace from 1993, it has my father’s American name translated into Hebrew.  Unfortunately, it turns out I am one of the few who carries around his TZ in his wallet, smushing it with every sitting until the picture melts together into the plastic like some kind of Terminator 2 special effect.  Thus, the new one.

Here’s a piece of advice for prospective olim that you won’t find on the Nefesh B’Nefesh website. Drop the middle name on the flight over. Seriously. It’s just confusing. I just went to the doctor and when they called me into his office, the nurse yelled, “Binyamin Natan?” Happens all the time.

Much more annoying than that though?  That I apparently decided to spell my name incorrectly when I made aliyah.  I know “Lovitt” isn’t a standard name like “Shmuel Ars-Tov” or something but you still can spell it wrong, according to every sabra I’ve met since the Ben-Gurion Administration.  I chose “לוביט”.  So how does everyone pronounce it?  LOO-beet.  How should I probably have spelled it?  “לוויט”.  How anyone in a million years would have known that, I have no idea.  But according to the woman at Misrad Hapnim yesterday, I have to pay 110 shekels to change it.  So I didn’t (also because I can probably go back tomorrow and hear from a different person that it’s free).

In the meantime, since I didn’t realize she was going to make me replace my entire teudat zehut, I came unshaven and looking like the homeless man in the picture above.  Glad to be stuck with that picture for either the next 4.57 bajillion years or until someone steals my wallet. 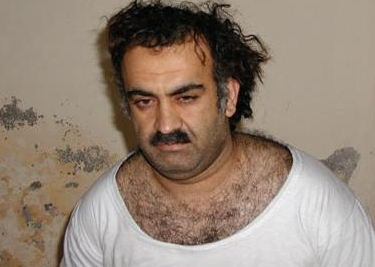 My new teudat zehut picture.
I really need to find my beard trimmer.

Having been told by the p’kida (clerk?) to leave, get my picture taken, and come right back, I am proud to say that after a few years here, I’m no longer shy about going right back to the person and telling the others in line, “slicha, hayiti po (excuse me, I was here)” like an 85 year-old savta.  The problem at a government office?  There is at least a 45.6% chance that the two people in front of you were also already there.  How to resolve?  Let the worker decide your fate and hope for the best.  When she pointed at me and told me to come to her ahead of one of the other dudes, it was hard not to start breakdancing right in his face to rub it in (until I remembered that, one, I can’t breakdance, and two, it’s not so cool when you have to first lie on the floor to stretch out your back.)

Fun at the iriya! (Life was fun back then, wasn’t it?)