My Apartment Burned. And How Was Your Weekend?

Posted at 3:01pm on Jan 1, 2011 in Benji's Getting Serious, Israelis Make Me Laugh, Life on the Home Front, Once in a While I Just Have to Vent, This Aliyah Moment is Brought to You by the Letter Aleph by Benji Lovitt 0 Comments

Shalom, my loyal readers, and how are you doing?  I’m pretty good, excited to be writing posts on my new site.  Any of you still out there?  I met one reader Malka last Sunday night when we were both hired to play extras on some commercial.  If anyone sees a TV advertisement in the future for Mifal Hapayis (the lottery) and notices Some Dumb Oleh in the background looking like he’s freezing his tooseek off at three in the morning, that might be me.  After responding to an ad from a casting agency last year, this is the third shooting I’ve attended.  This is what I learned from this last one:

1)  When the agency tells you you’ll be filming in Tel Aviv and should finish around 2 AM, apparently they mean Kibbutz Ga’ash and will have you home at 6:30 AM.

2)  When the mob of extras congregates around the guy in charge to see what’s going on and one of them yells that they need to let us go home already, the appropriate response is apparently “start walking.”  Who says service isn’t improving?

3)  When the agency tells you to dress “chagigi” (festive), apparently that means jeans and a dragon shirt. Yep-even in fake weddings, people still dress tacky. 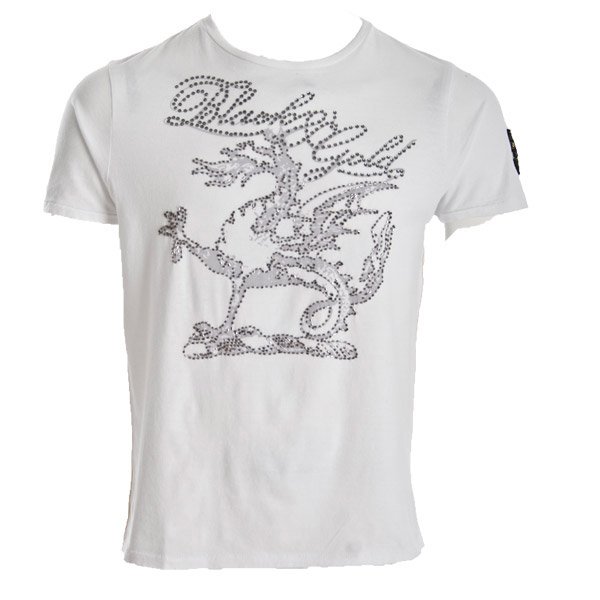 Anything else I can tell you people?  Oh yes….that other thing.

So I’m in my flat Thursday night, or as we call it in America, my love shack, doing whatever it is a young, virile man does when the weekend hits.  (If you guessed “lying in bed alone listening to ’80s music”, move forward three spaces.  And on a completely unrelated note, remember the Game of Life, boys and girls?  Where you move along your gender-colored little car, picking up children along the way, and choosing a career in the hopes of striking it rich?  Ahh, the American dream.  I can almost remember it.  Why can’t they make an Israeli Game of Life?   “Cut someone off on the Ayalon, move forward three spaces.”  “Go to miluim, lose 30 turns.” 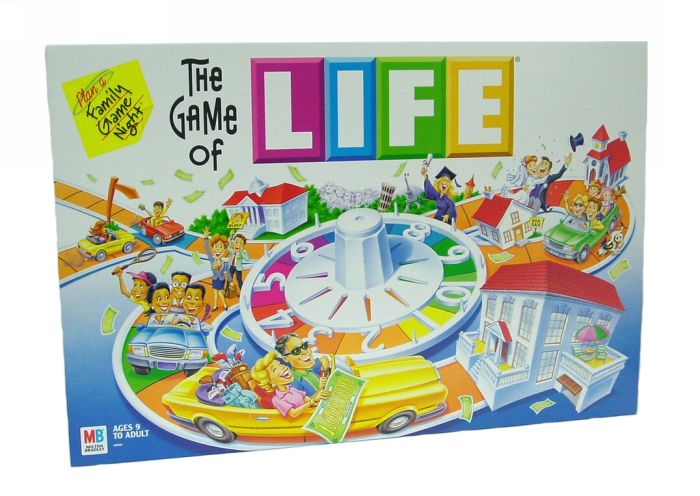 In Israeli Life, nobody wins!
(Nefesh B’Nefesh just sent a hitman to my apartment….)

Anyway, speaking of my apartment, I was lying in bed around 11:00 PM, surfing the web, when I heard some strange noises and started to smell some strange scents.  Not like shuk vegetables rotting in my fridge; while disgusting, that’s not particularly unusual.  More like something burning.  Unless it’s Lag B’Omer or Yom Ha’atzmaut, that’s probably not a good thing.  I got out of bed, opened the door, and saw large flames engulfing one of my roommate’s rooms across the hall.

Ever play the game where you wonder what you’d grab out of your apartment in the event of a fire?  I’ll tell you.  Nothing.  Not your computer, not your cell phone, not even Wham!’s “Make It Big” cassette hidden somewhere in storage.  (Hypothetically, I mean.)  Nor do you grab pants.  Without any ounce of thought or contemplation, I got the hell out of there in only my sweater and boxer-briefim, running down two flights of stairs to the ground level.  I did think clearly enough to look for the “Pull in the event of fire” gadget which apparently exists in Israel in the same amounts as shawarma-flavored Doritos.  In my rush to run out of the building, my somewhat-functioning brain tried to figure out what to scream:  “Help”?  “Ezra” (help)?  “Yesh sreifa” (there is a fire)?  I banged on one door without stopping and was downstairs in a few seconds to discover one of my roommates already there, along with firefighters and other residents. 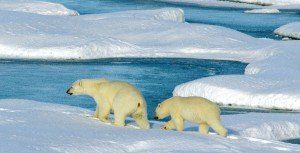 Standing outside in your underwear, watching your apartment burn?
YIYEH B’SEDER!

For the next thirty minutes or so (who knows how long really?), we stood downstairs a bit chilly, watching the situation unfold.  Fortunately, a neighbor had smelled smoke in the hallway and called the fire department before I even knew what was going on.  From the outside, I saw large flames coming out of my roommate’s room, not having any idea if I’d see any of my things again.  That said, I can’t believe I can say this but in all honesty, with complete mental clarity and without any distortion of memory, I somehow remained 100% calm.  I don’t know if it was my mom’s advice growing up that “we can replace money, we can’t replace you” or that this was only the most recent challenge in my aliyah road, but I somehow managed to not lose my cool while coolly accepting and digesting the possibility that things might really suck falafel balls.

After reading a barrage of articles only a month ago about how our fire department lacks even basic resources and supplies,  it’s hard to watch your apartment burning and not think, “Is this a good or bad response time?”  Out came the ladder, out came the hose (kind of like a Snoop Dogg video), and in went the team to put it out.  Once I was able to confirm for sure that my third roommate was nowhere near the apartment at the time, my biggest concern turned to what the next steps were to be.  I’m not sure I would have had the answers had I been in America but being in another country certainly couldn’t help.  With representatives of the iriya (municipality), Magen David Adom (Israeli Red Cross), the fire department, and the police all present, I didn’t want everyone to leave without my knowing who was in charge and available to turn to with questions:

Incredibly enough, we were able to enter only minutes later after a rumored-machine removed all the smoke.  Eat your heart out, Project Better Place, that’s pretty cool.  My stuff?  Aside from water all over my floor and whatever happened to be on it (some dirty clothes, printer, who knows what else), it looks completely ok, although one friend tells me that smoke damage can be permanent even if my things didn’t burn.  Female roommate?  Same thing.  Male roommate who lives (lived, gulp) in the room where the fire burned?  Not so lucky.  Thank goodness they made our building out of concrete or whatever the hell that material is, the fire didn’t spread at all (aside from smoke and water).  But does anyone know whether cassette tapes are affected by smoke? 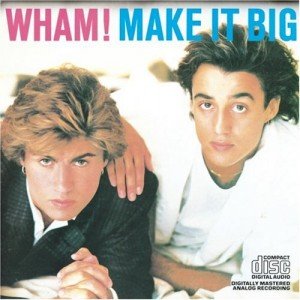 I’m kidding, dammit!!!!
(But in case I’m not, it’s a good thing it’s already imported into my iTunes.)

I’d like to say thanks to the nice man from the iriya who extended a personal invite to my roommate and I to stay at his house for Shabbat, even following up Friday afternoon with a phone call to see how we were.  (We declined.)  Wow, is that special or what?

I’ve said it before and I’ll say it again:  I LIKE CHUMUS.

No, seriously-there are some gracious people in this country.  What is wrong with you Israeli people?  How are you so freaking hospitable?  If a robber breaks into Dudu’s house, does he call the police only after offering the guy a hot drink?

Friday morning, after sleeping at a nearby hotel, we met back at Ground Efes to survey the damage.  A representative of the fire department came out to identify the cause:  a lamp which somehow caught fire to its surroundings.  Hey, let me ask you this:  when the guy walks into a room, sees the damage, and goes “Pssssssssshhhhhhh!!!!!!!!“, is that bad?

The most burning questions at this point are will the apartment’s insurance pay for a rental while shiputzim (renovations) are happening and do I need to move out everything I own while this is happening?  The surveyor on Friday estimated that the shiputzim could begin in about three days and could be done within a couple of weeks.  I beg your crembo?  Seriously?  None of us are as optimistic but I guess it’s better than if he had said, “Ehhhh….we weel fee-neesh deh light rail, den your ah-pahrt-ment.”

If this was going to happen, I’m glad it happened right before Shabbat so we could have some time to relax.  And here’s something funny:  I just posted the following Facebook status:

Hey, have you seen my new website yet? What better reason to dust off the blog cobwebs than an apartment fire? Fortunately, everyone is fine. Blog post being written as we speak. Nothing like a near-death experience to drive web traffic. Check back tomorrow.

The first two comments mentioned only how nice this new site is.  When I responded asking if people were even reading past the first sentence, my friend Uri wrote this:

you mean the line on the near death experience? silly Benji, isn’t that the definition of living here? its what makes it so exciting 🙂

I can’t tell you whether that’s funny because it’s true or whether it’s just funny.  I blogged after my first Yom Hazikaron how it was hard for me to relate to what was going on around me based on my lack of personal experience with the army or (gulp) “loss”.  While this may not be the equivalent (thank G-d), part of me felt Thursday night that maybe this is just another step in my aliyah and Israelification process.  If whatever doesn’t kill you makes you stronger, being a bit inconvenienced by an apartment fire probably can’t help but make someone a little tougher.  Or for being lucky enough to receive offers of support from numerous gracious friends after going through some tough times….maybe a bit more Israeli.

And if you’re like most of my friends only discovering this “adventure” through this here blog post, if you haven’t yet heard the tone of my voice, you’ll just have to trust me when I say I’m doing fine.  And why not?  Have you already forgotten what we say on this blog?

Now where did I put that Wham! tape….