Posted at 12:25pm on Aug 8, 2010 in Benji's Getting Serious, Comedy, Culture, I Love This Place, Life on the Home Front, That Thing That Pays the Bills, This Aliyah Moment is Brought to You by the Letter Aleph by Benji Lovitt 0 Comments

Here I sit, in seat 45A….Someone asked me this morning how I was feeling and remarked that she would have been freaking out. When you’ve been mentally preparing for a move for so many months, especially for one that’s presumably exciting and meaningful, at some point there’s nothing more you can do than to relax and enjoy it. Everything’s done-I just had to get in the cab and head to the airport. (Check back in with me in a few days when I’m having to buy furniture, grocery shop, and figure out how to translate “Doctor, my small intestine is inflamed.” I was shockingly calm at the airport. Perhaps because I’ve been to Israel so many times already? Because I was emotionally spent? Who knows…it hasn’t sunk in that I’m starting yet another chapter of my life but after moving to New York, how big of an adjustment can it be?
-Some Dumb Oleh, August 10, 2006

Hello, boys and girls-what were you doing four years ago? I was making aliyah. And I don’t mean that in the way my old co-worker and I used to mean it. When we worked together in NY, that became our secret euphemism for, ahem, dropping a shtayim. (Women, don’t ask why, because we’re men.)

(In crowded meeting room)
Co-worker: “Can you call Mrs. Fishgluck back after the staff meeting?”
Some Dumb Pre-Oleh: “I gotta make aliyah first.” 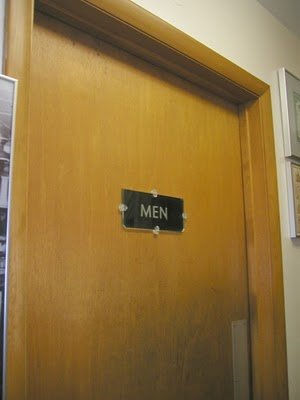 “Nefesh B’Nefesh, how may I help you?”

No, REALLY, four years ago today, I was making aliyah, leaving JFK and landing at Ben-Gurion on August 10th, 2006. I was telling someone this morning that the aliyaversary feels almost as significant as a birthday or Rosh Hashana in terms of its meaning as a major milestone. For someone who wasn’t always completely sure if he’d make it to four years, it’s a big deal. Actually, it would be more accurate to say I wasn’t sure I’d make it to one year; I don’t think I ever wondered about “four.”

I don’t need to explain to anyone who’s made aliyah what this milestone means. At least, not to anyone who’s made aliyah “by choice”. Who knows, maybe Ethiopians think, “Four years of refrigeration! This is FANTASTIC!” I have no idea. For Anglos, the first few aliyaversaries are probably more along the lines of, “Wow, I have made it/enjoyed/survived another year of excitement/missing family and friends/adventure/wanting to shoot myself in the head when dealing with _________. I can’t believe how far I’ve come.” 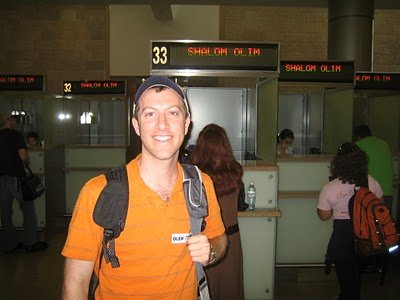 “All the freiers in the house say ho. HOOOOOOOOOO!”
(Look how young and innocent I looked. By the way, just hours later, my orange shirt and I moved to Gush Katif.)

When anyone asks me about anything requiring long-term perspective, I have usually responded that it’s hard for me to even see a year in the future. Whereas back in the States, I might feel like this is the thirty-fi….COUGH….twenty-seventh year of my life, here I think more in terms of it being my fourth year of my aliyah. As a 35 year-old American, I would definitely own a car and have a good mastery of the native language (naw, fer serius, ya’ll, I wud). As a first-year oleh? Not yet. And instead of wondering where I’m going to be ten years from now as a potential employer might ask, I instead continue to appreciate the time I’ve been here and the things I’ve accomplished which my brain wouldn’t have been able to wrap its arms around four years ago. (Ok, am I mixing metaphors there? Who’s with me, here’s to forgetting English over the last four years? Do American brains have arms? If not, what do they wrap around things?)

The fact that my aliyaversary falls close to my birthday, the chagim, and oh yes, the beginning of this here blog means that the years are very clearly delineated to me. Even moreso, because two of my years ended (and began) with a summer at camp in the US.

Year 1: worked for Young Judaea, stressful Jewish non-profit work, lived in Tel Aviv.
Year 2: started doing more creative stuff, mindless and low-stress English-related odd jobs (online gambling, anyone?), TA, followed by a return to stressful non-profit work
Year 3: the big move to Jerusalem for my job, did the most stressful job of my entire life, wanted to jump off Masada on a daily basis
Year 4: recovered from Year 3, made room in my heart for Jerusalem next to Tel Aviv, became self-employed (welcome back, online gambling! nice to see you again, Young Judaea! hello, Jewish Agency, MASA, Nefesh B’Nefesh, and other stuff)….oh, and there was also that thing that rhymes with “first Shmisraeli smirlfriend.” (There, it only took four years to talk about my dating life on this website. But if that doesn’t belong on the list of aliyah accomplishments, I don’t know what does. Oh, yes, I do-standing in line at Mr. Zol and not wanting to carry out Operation Cast Lead Foot Up Their Collective Asses.)

Without going into details about what NBN does (check out the website for more info), one of the benefits they provide is an easy absorption process without a lot of the nightmarish bureaucratic stuff.
-Big Sucker, August 10, 2006. He didn’t say “ALL of the nightmarish stuff”, just a lot of it.

Each year has had its own feel and this one has been no different. Since I didn’t have a normal office job with a full-time employer, it’s definitely had more of an ambiguous feeling that I haven’t yet been able to fit into a nicely labeled box. More than just Year 4, I kind of look at this as Year 1 of being self-employed.

Read over Years 1-3 again. Count how many times the word “stress” appears. I decided in Year 1 that if I wasn’t happy here, what was the point? I realized probably in Year 3 that one of the underrated parts of making aliyah is that afterwards, you can easily justify every subsequent decision. After uprooting yourself and moving halfway around the world to this crazy country, what could possibly be difficult? Quitting my day job and making ends meet trying to do stuff that makes me happy? Fuggedaboutit. Bye bye, high-pressure work environments.

This past year, working on my own, I was somehow able to not starve, doing all kinds of stuff to earn shekels from stand-up shows in the US for the first time on my own, to doing this promotional video for Fring, and from staffing weekend seminars for MASA and the Jewish Agency, to doing improv and sketch shows with Hahafuch (see recent write-up).

This next year? Let’s just say Daddy needs to bring home a little more of the kosher bacon. If you’re a life coach who wants to offer me your services in exchange for high-fives and blog shout-outs, be in touch. Otherwise, I’ll just have to trust that this past year of figuring stuff out and planting seeds will bear more fruit. (If that’s the case, next year’s Year 5 blog post will be very boring.) 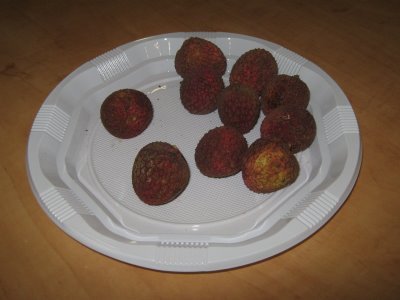 Speaking of fruit, who can identify this one? For the answer, click here to read a most entertaining blog post from the past.

IN SHORT, every time I return from a visit, it’s never long enough. I know about a jillion people who feel the same way and wish they had the opportunity or had taken the opportunity earlier in their life to spend some more time in Israel. I decided that I don’t want to spend the rest of my life wishing I had spent some part of my life living in the land of chumus and Pesek Zman chocolate bars.
-First-ever “chumus” reference in What War Zone???’s first-ever post, August 8, 2010….is anybody surprised?

Aside from work? Despite the intentions of some well-meaning friends who clearly don’t spend much time around me would have you believe (ech omrim “poor sentence structure”?), my Hebrew is not getting better, not to the surprise of my fellow members of the “We Refuse to Watch the News or Carry a Notebook and Did I Mention That I Don’t Work in an Office Environment?” club. Well, guess what? Yiyeh b’seder. Ok, maybe not really, but how much can a guy stress over it after four years of stressing over it? Wait, what’s that?! Could it be? Is anyone else picking up the smell of someone who kind of just used “yiyeh b’seder” to say “**** it”? That may actually be one of the truest signs that I’m turning Israeli. I hope after Year 5, my Hebrew will be better than it is today.

Car? Not yet.
Next year? Who knows.
Yiyeh b’seder.

Friends? Of course.
As good as those in the US? Shut up, internal monologue, I’m not in the US, remember? I made aliyah. I’m working on it. L’at, l’at.
Yiyeh b’seder.

Podcast, t-shirt sales, video blog, children’s chug, WhatWarZone.com hosted on WordPress, and other stuff sitting on my to-do list for over a year?
Working on it.
And what the hell does that mean?
Ok, so at least I finally met with a web designer about my website.
So, b’kitzur, you haven’t done jack-crap on the other stuff.
SHUT YOUR DAMN MOUTH, VOICES! YIYEH FREAKING B’SEDER!!!!!!!!! 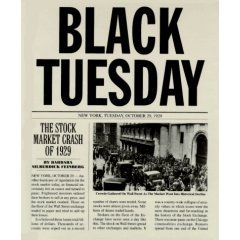 So maybe I don’t know what the hell to do with my Facebook fan page, created in Year 4. And maybe I haven’t gotten my rockin’ t-shirts designed in Year 4 off that mega-pricey website so that people might actually buy them. And maybe I don’t even know where my income is coming from to pay my accountant who I finally decided to hire in Year 4.

But I told you my #ish in Year 4 (go watch, I only have 48 fewer views than Screech), I staffed my first Birthright Israel trip in Year 4 (where I met the aforementioned Shmisraeli), and I somehow managed to come up with 62 MORE things I love about this country (I’m up to 183 overall and running out) in Year 4.

And most importantly? I’m good and getting better. I’ve had some tough times (Lord, have I) but I think I started to turn a corner this past year. (How many years does it take to feel settled, olim vatikim? Five?) I don’t know where my life is going, I don’t know what I’ll be doing in six months, but man, it sure does make a good story and blog post, don’t it?

And if I DO have to call Orange 50 more times just to get hung up on 49 of them?