Posted at 1:25am on Jun 6, 2010 in Benji's Getting Serious, Comedy, Life on the Home Front, Miscellaneous, That Thing That Pays the Bills, This Aliyah Moment is Brought to You by the Letter Aleph by Benji Lovitt 0 Comments

Update: That’s a question above, by the way, not a declaration.

This is a post I’ve been meaning to write for a while. Hey, remember this blog? The one which made fun of Israel, cultural differences, America, Hebrew, “yiyeh b’seder”, and, oh yes….myself? Yeah, I know. It’s been a good several months since I updated it regularly. Every day, I think, “Man, I gotta write something….what is happening to this creative outpouring of goodness? What about my loyal readers? What about chumus talk?” 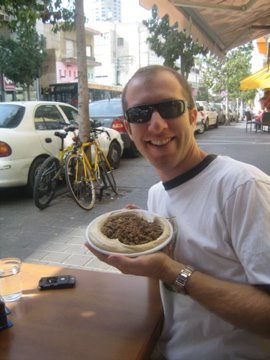 Mmm….I don’t even need to say the word.
I consider this blog to be one of the greatest things I have done in my life. It’s been fun, a creative outlet for my writing the likes of which I’ve never had as an adult, and it’s been directly responsible for most of my comedic success since moving to Israel.
So what’s happened? A few things probably. In no particular order…
And some other no-less important reasons: 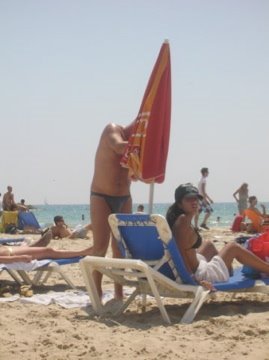 Still funny, right?
I don’t know at all. I have loved writing on this blog, it’s been my heart and soul for three-plus years, I’ve had online and personal interactions and run-ins with readers all over Israel and the States, and I’ve hoped that the writing would lead to bigger and better writing opportunities. But something is making me not write here as of late and I’m not sure what it all means. It is sad to watch this thing die and I’d hate to imagine losing this unique audience that so many bloggers would do anything to have. Maybe I need to redefine it…I’ve known for a while I’d love to do more video. So maybe it’s not so much as a death as a rebirth or evolution. I don’t know, I’m just not sure where it all leads. I would love to hear from other bloggers and some of my friends and readers to see what you think.
Ah….and one more thing. Here’s my contribution to the Jewish Federations’ “What’s Your #ish?” campaign. Enjoy, and get involved with your Federation today! Thanks to Fun Joel for the camera work.