Posted at 6:10am on Jun 6, 2010 in Current Events by Benji 0 Comments
Hello, my loyal readers? It’s that time of four years! It’s the World Cup! What’s the World Cup, you may be asking? Well, it’s a sporting event where Americans in the US and abroad pretend to be interested in soccer while investing as little emotional energy as possible in the unlikely event that we get on a roll and start winning.
We all know America’s relationship to soccer. You join as a league as a kid, take some cute team photos, and then proceed to throw it to the bottom of the sports scrap heap, looking up at ice hockey and women’s tennis. Every few years, something will happen which will make the sports media proclaim, “Maybe THIS is the event that will make soccer tip in the US.” Even the arrival of a certain celeb player married to a Spice Girl didn’t help. If I can tell you what I want, what I really really want, I wanna AH!, I wanna AH!, I wanna AH!, I wanna AH!, I wanna really really really really zigga zig understand soccer. (Sorry, had to go there.) 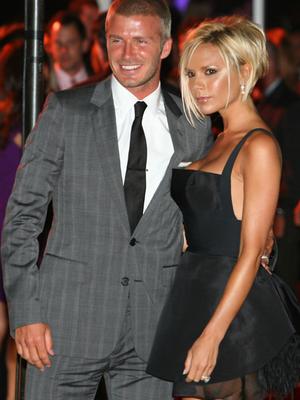 Let’s not forget the oft-forgotten about sixth girl, Zaatar Spice.

So yesterday, I found myself at HaGov, the relatively new sports bar in downtown Jerusalem. Hey, this World Cup thingymabob only comes around every four years. As a pretty huge sports nut, I can hop on the bandwagon for a few weeks and pretend to care, right? Especially living in Israel as a true member of the international community, it would be a shame to stick my head in the sand and ignore what’s considered to be the biggest sporting event in the world. (I know, Americans, it’s hard to believe it’s not the Super Bowl even though they tell us every year that 47 trillion people around the world are watching it. Having lived here for four years, I am a bit skeptical. Aside from the crazy Americans abroad staying up all night, who are these people? I’ll do it MAYBE twice a year, I have doubts as to whether Ping Fu Chung is staying up to watch The Who perform at halftime (that’s The Who, not Mr. Hu. This comment proves that I am a dumb American.))
So if we’re going to watch soccer, the least we Americans can do is be self-aware, right?, recognizing who and what we are? Sometimes it takes stepping out of your American comfort zone to do so. A few observations from watching the US-Algeria game yesterday:
Yes Benji, logically the game where you spend 95% of the time throwing the egg shaped thingy or holding it in your hands should of course be called FOOTball.

Only one way to answer that….USA! USA! USA! 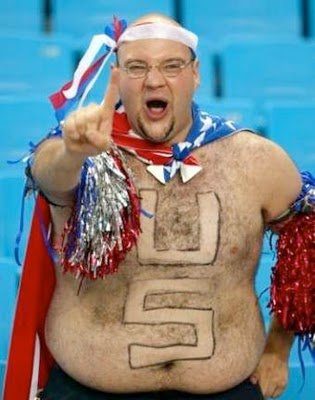 Gee, is it Purim already?
And then there’s the standard (non-metric system). 12 inches to a foot, 3 feet in a yard, 1760 yards in a mile. Can we just agree that we screwed up? Great, let’s move on.
Stop me if you’ve heard this before.