You know what makes me laugh? The last thirty minutes of “The Naked Gun.” Larry David in “Curb Your Enthusiasm.” And when Israelis say words that were once acceptable in American English but whose time has passed. Like “Afro-Americans.” Every time I hear it, I cringe.

But you know what? WE’RE the nutballs who keep changing our labels and why should the rest of the world have to keep up with them? I’m American-I get where political correctness came from. I appreciate the attempt to make everyone feel at home in such a diverse country. I value the effort to empower the disadvantaged while making others look over at them and not down. But Americans figured out long ago that it’s gotten out of hand.

So apparently “midgets” our now called “little people”? What the hell? Are we going to change it again in five years to something else? If I go back to the US and find that “chickpea” is offensive to women, sorry, I ain’t budging.

Here’s a new headline on Jpost which I got a kick out of. 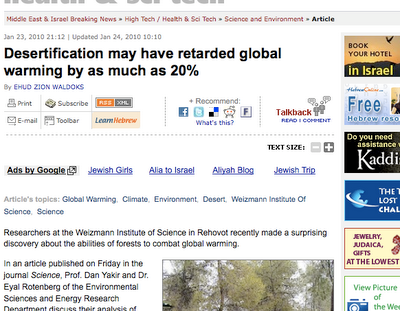 Yes, I love that rare occasion when a kind, activist Israeli woman tells me that she works in a non-profit to help retarded children. It kills me. And I love that I live in a country where I can call things “retarded” and not worry about offending someone. Long live retarded, Afro-American midgets!

And if you don’t live in Israel and don’t get this post, you are humor-istically challenged. Or whatever Americans call it these days.

Update: If you’re offended, I invite you to read the comments…