And now, let’s tackle some of the great legendary folk tales from our time:

1) Loch Ness Monster: Since becoming famous in the 1930s, stories of the Loch Ness Monster have fascinated scientists and adventure-seekers around the world. Supposedly located in Scotland, this dinosaur-looking creature has been spotted numerous times but never captured.

2) Bigfoot: Also known as Sasquatch, this ape-like creature has been both seen and photographed mostly in the Pacific Northwest of the United States. In the words of Mitch Hedberg, “I think Bigfoot is blurry.” 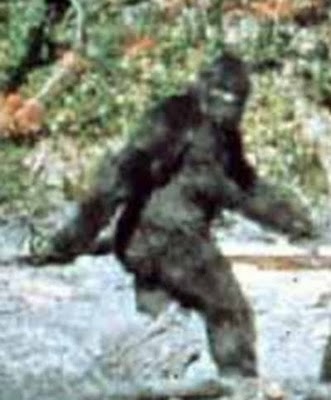 For the three people out there who don’t want to dress as a Navi,
possible Purim costume?

3) Falafel, the “healthy snack”: Passed down across generations of Diaspora Jews, many educators have taught children about the nutritious benefits of a warm pita stuffed with falafel and salad. Because nothing says “healthy” like deep-frying. (These educators come from the same school which claims that pizza is healthy for representing up to four food groups.)

4) Bank Leumi’s express line: Rumored to be located near the entrance of one of Israel’s most popular banks, this “service” line is said to help customers with simple requests in a quick and easy manner. Despite Leumi’s presence in Israel for over 100 years, the convenient nature of its express line has never actually been verified.

These are the legends which have been passed on throughout the generations. Will you teach your children as well?