American Football in Israel: Coming to a Stadium Not Really Near You

Have you tried explaining American football to a non-American recently? Or ever? Good luck.

Sitting on a couch next to an Argentinian olah and some other Americans, watching a game. 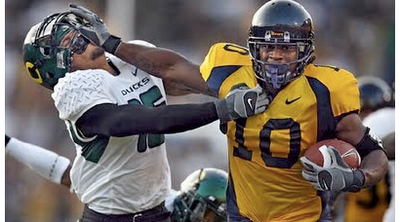 No, really, it’s a fun sport for the kids. Seriously.
Ok, someone call the cops already…

Ten minutes later, American says, “Can you believe there are some places in the world where people are not even living in modernity?”

Ok, that was funny.

From the archives….watching football with my South African roommate…

The other night, I’m chilling in my living room watching American football with one of my new roommates who comes from South Africa. I already wrote about how Israelis don’t know the rules of this sport, nor should they (“Mah zeh ‘first and ten’? ” is without a doubt one of the funniest things ever said in the history of the world.) After I tell her about downs, ten yards, and whatnot, the play ends and everybody mills around, walking back to the huddles in what looks like a mess to a casual observer. What does my roommate ask? “So during this little hafsaka (break), they just do whatever they want?” Without a doubt, the word hafsaka made that question 100 times funnier.

American football, everybody! World, would you like some? Didn’t think so.

And lastly, I have a show Saturday night: Comedy Basement, Ben Yehuda and King George, downstairs from the Mashbir, 9 PM, call 050.875.5688 for more info.

American football league in Israel. This probably warrants its own post.