All I Want to Do is Eat Latkes, Is That So Wrong?

Rewind 30 minutes, I’m at Mr. Ripoff underneath the Mashbir with my new roommate Steve. Mr. Zol, Mr. Yakar, whatever it’s called. We’re doing some shopping for a little candle-lighting party in light of the upcoming holiday. That’s right, people….IT’S FESTIVUS!

If you still haven’t caught on to “Curb Your Enthusiasm” by the way, it’s not too late. There’s still plenty of room on the bandwagon.
Ok, where’s the sour cream for latkes? More importantly, how do you say “sour cream”? I’m pretty sure it’s שמנת (shamenet) but isn’t that “cream cheese”?

“Slicha, yesh lachem…..lo yodaya ech omrim….(in Hebrew)….in America, we eat it with latkes, it’s white….” Lord Almighty, how in the hell do you describe sour cream??? Blank stares. There was a better chance of him suddenly performing the Three Amigos’ “My Little Buttercup” song and dance than knowing what I was talking about.

If it makes the shamenet feel better, I had trouble finding large amounts of black pepper as well, bigger than the small containers in the spice rack section.

Looks like it’s apple sauce and no pepper in 5770! 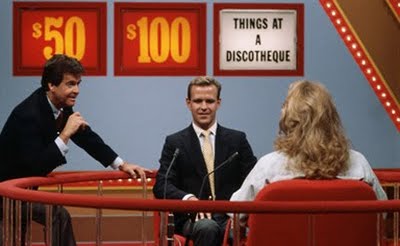 “Arsim…..freichot….
that ‘Around the World, Around the World’ song…”
What the hell kind of English is “Do you know where is pilpel?” I think I’m turning Israeli.