All I Want for X-Mas Is Hulu

Chag sameach, my loyal readers! Did you receive everything you wanted for Hanukkah? Hanukkah Harry didn’t come visit me this year, presumably because I live in Israel where we don’t give gifts (where every day, people give the gift of joy and kindness. Anybody falling for that? That’s one of those jokes that only people who live here are allowed to laugh at. Ok, moving on…. )

To all my Israeli readers out there, Hanukkah Harry was the Jews’ answer to Santa Claus on a “Saturday Night Live” sketch or two twenty years ago. Sadly, I won’t be embedding any clips because nobody gave me Hulu for Hanukkah this year. Jesus Christ, on behalf of everybody who’s asked me….why can’t we get Hulu in Israel? (And I had read this question two years ago, I would have said, “HUH?????” and stuck my thumb back in the chumus bowl.)

I presume it’s some kind of legal issue….perhaps because the shows air later here or don’t air at all, they can’t be shown over the internet. You think that has anything to do with this being the most downloadingest people ever to walk the earth? 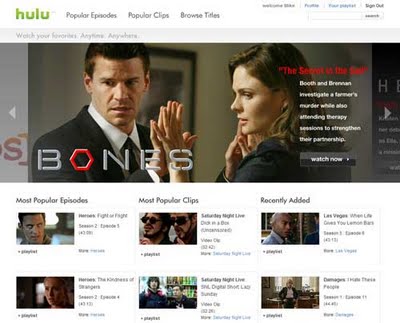 Anyone know what this site is? Yeah, me neither.

Well, you listen and you listen good, Santa: you bring me Hulu for Christmas this year or I’m launching a Hulu-fada*. You heard me, Western world-not a day will pass where my fellow Israelis and I don’t throw remotes and TV Guide cocktails at you. Rockefeller Center, I’m coming after you.

Anyway, on a lighter note, I haven’t had any sufganiyot or latkes except for during a two-hour window Saturday night. I’m such a Grinch, aren’t I?, not partaking in the fried foods fun to celebrate the oil lasting eight days. After all, it’s not like we eat fried foods during the rest of the year. Never have I seen our people eating cheeps, falafel, shnitzel, halumi cheese, Israeli tempura sushi rolls, or anything else with oil like salad, chumus, techina, what have you. So eat up, people! Deep fry your Snickers bar American-style because it’s Hanukkah! (Perhaps this is why we have universal health care in Israel.)

*Just because I’m in a jokey mood doesn’t mean I won’t be launching my Hulu-fada. Hulu Akbar!!!