Posted at 7:00am on Nov 11, 2009 in Comedy, Life on the Home Front, Miscellaneous, Now I'm Just Being Silly, That Thing That Pays the Bills by Benji 0 Comments

Big announcement below….let’s get thru the GA wrap-up first….

Holy cow, I just left the GA. Can’t describe it any better than I did last year. If you’re a professional Jew, the power shmoozing doesn’t get any better in the world. If I were an Israeli and walked into this big American party, I’d be looking around, rubbing my eyes, and saying, “Whaaaaat….the…..heeeeeeeeeeell……IS….this????” Only in Hebrew and with an “ehh” or two thrown in.

If you followed the #ga09 hashtag on Twitter, you may have kept up with some of the fun. I only regret not starting an #onlyatthega hashtag a few days ago. You know, for things like:

Ok, I made the last one up. 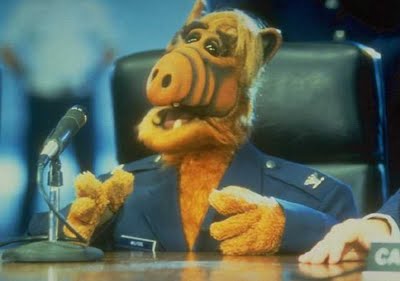 You get the picture. Aside from all the fun, I made a ton of great contacts and am excited to get home and start emailing. You know, after I drink cafe hafuch and put on some new clothes. I got to do 10 minutes or so of stand-up before the aliyah panel, sponsored by the Jewish Agency, which was fun. Too bad Natan Sharansky walked in only after I finished. He must have been at the bar working on his two-drink minimum.

Before everyone puts their nametags into storage for the next 12 months, I better get my most recent big announcement online. For 2+ years, I have walked past t-shirt shop after kiosk in Jerusalem and marveled at the completely lame, unoriginal, pathetic, low-brow, and stupid tourist t-shirts. You know the ones….the shirts which haven’t changed in twenty years and probably longer than that. 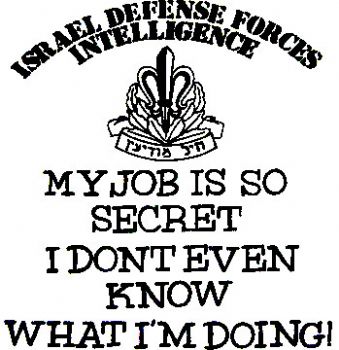 Hilarious! And after these messages, Milton Berle!

“IDF: My Job is So Secret, I Don’t Even Know What I’m Doing!”
“Don’t Worry, America, Israel is Behind You”
“Super-Jew”
And of course, rock bands which reached their peak twenty years ago.

Enough already. People are ready for a new line of t-shirts. Can you see where this is going?

Welcome to the brand-new What War Zone??? Israeli t-shirt gallery! With t-shirts appropriate for 2009 and beyond. So far, we have around 10 different options, highlighted by the….here it comes, I’m so excited…..”Yiyeh B’seder” theme! 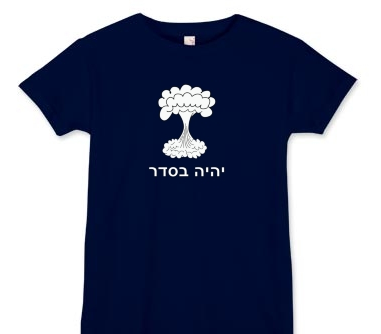 Right now, they’re being manufactured on demand only on the Printfection online store as I didn’t have thousands of dollars and hours sitting around to get a t-shirt business up and running. When I get home, I’ll be getting them up on an Israeli-hosted site as well for local pricing and shipping, and would like nothing more than to start printing them myself at some point. Lower prices for my loyal readers, bigger markups for me, more laughs for the general public. It’s a win-win-WIN! 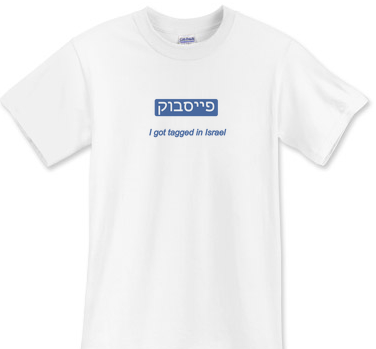 Aww yeah….you know you did.

So head on over to www.benjilovitt.com/shirts or shirts.whatwarzone.com to browse around and smile. Be sure of course to read the descriptions. Your feedback is absolutely wanted and welcomed. Like everything in Israel, it will take some time to work out the kinks but, remember…we’re only 61. We’re getting there, baby!

Huge thanks to my friend and designer, Hillary Menkowitz, who drew these up faster than you can say “flying falafel balls.” Another thanks to WWZ reader Jason Leibowitz of Bikkurim who helped me set up the URLs. And to anyone who gave me great feedback.

And before 800 people chastise me for not sticking to my guns by spelling it “chumus” on this shirt, I know, I know….it was a battle of ideology vs. marketing. The dollar won the battle…we will win the war. It’s chumus, dammit! 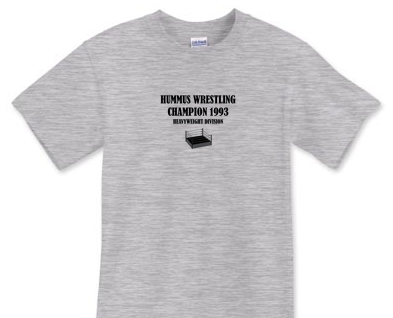 You’re the hummus-wrestling champion.
SHOUT IT OUT!

Oh, and one more thing…it’s not too early to pre-order your tickets to the biggest Jew party this side of Kiryat Gat.

Signed up on FB for updates yet? Everybody’s doing it. Ok, some people. Who I paid.