Heartbreak Kotel, Dome of the Jailhouse Rock, and Other Failed Israeli Elvis Songs

Greetings from Memphis, Tennessee. Or as they might say here, “Shalom ya’ll.” (misspelling intended…drives me crazy).

Been here about 30 hours and leaving in 9. I didn’t get to go to Beale Street but I did eat some BBQ and go to Graceland this morning. Hey, have you heard about this Elvis Presley fella? Apparently he was quite popular. Before I get a few hours of sleep, here are a few quick pics….

Here’s a picture from Corky’s BBQ which cannot be described without someone telling you that the owner is Jewish. I assume that his name isn’t Corky nor is he a pig. I love how there’s no business venture that a Jew isn’t involved in somewhere, regardless of whether it’s a Jewish project or not. Doesn’t work the other way. Nobody gets involved in our stuff. You’d never overhear this in Katz’s Deli:

“Mmm, this whitefish is fanTAStic! Is the manager here?”
“One second….MOHAMMEEEEEEEEEEEEEED!!!!!!!!!!!” 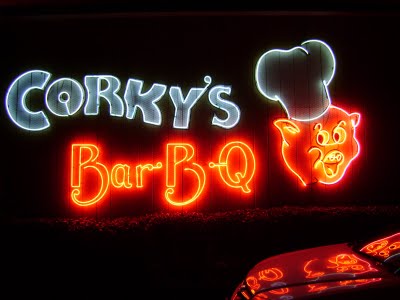 The onion loaf, awesome blossom, or whatever the hell you want to call it. I call it “cardiac arrest on a plate.” While I didn’t see Elvis’s face in my plate, I did see a metric ton of grease. 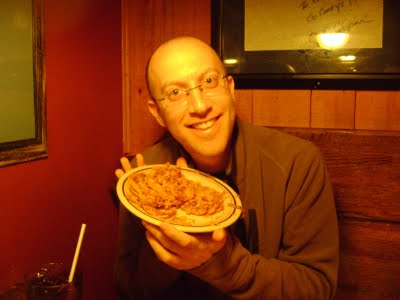 My Israeli friends tell me Americans apologize too much. “Sorry….excuse me….sorry….” After seeing this message on the door at Graceland, they may be right. They’re apologizing for our pictures not coming out nicely??? Oh, come ON… 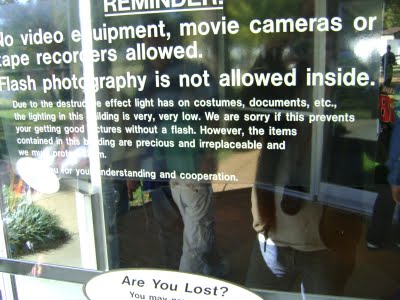 Show #1 went fine…I expect them only to improve. Another update later with more shows and one date change.