This is What We’re Dealing With in the War Zone

We already know that our enemies will do anything to influence world opinion, having doctored photos during the Second Lebanon War. They’re at it again, people.

Last night, in honor of the President’s Conference, Some Dumb Oleh, aka Benji Massachusetts, attended a networking event sponsored by ROI, CLI, Presentense, Lassie, the Doobie Brothers, and Encyclopedia Brown. Massachusetts was captured on camera with one of the blogosphere’s most well-known celebrities, Mr. Jewlicious. Here is the original photo. 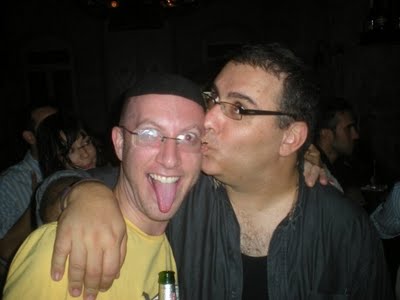 Unfortunately, the photo appeared today in Al-Jazeera having been doctored by members of the Al-Aqsa Martyrs Brigade. See if you notice any differences. 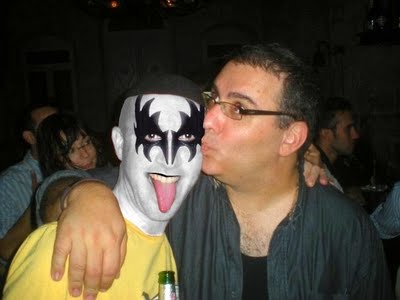 That’s right, the military base under my kipah is made to look slightly bigger. Are we going to stand by and let lies rule the day? NOT ON MY WATCH!

Write your local newspaper editor and speak your mind.

THE TRUTH WILL SET US FREE!!!