The What War Zone Comedy Tour 2.0! (How Much Mexican Food Can an Oleh Eat in Two Weeks?)

Get ready, America: for two and a half weeks, one man will try to survive without his tri-daily chumus feedings (although he may shove a few servings of fajitas down his throat). On the heels of February’s tour, I’m coming back to the States tonight for a couple of weeks to either spread the good word about living in Israel or make people so terrified of hairy, screaming shuk vendors that they’ll never come. Unclear which it is.

I look forward to meeting with young people and clearing up a lot of misconceptions about what it means to make aliyah. In case any of them saw this ad.

“Learn to speak Hebrew in just one week.”
Seriously, Ulpan Or?
Why don’t you go to hell in one week?

You see, my loyal readers, apparently Diaspora Jewry and Israel just aren’t on the same page these days. Israel doesn’t get them, the Diaspora is falling out of love with us, what’s a Jewish population to do?

They’re to call Benji Lovitt, that’s what. To bridge the differences between the two peoples in a way that they’re simply unable to do themselves. You see, Diaspora Jews, Israelis are the warmest, most wonderful people in the world. But they don’t sugarcoat, they don’t act fake, they simply tell it like they see it. Take this example from an online Israeli dating site. “Body type”: Hmm…which one to choose? Let’s see, don’t see it yet, keep going to the bottom…OH! 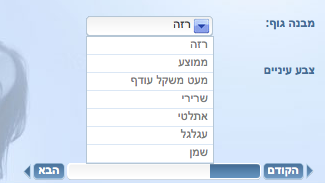 שמן. Fat. If they’re going to ask you to enter self-esteem,
they should really do it before this question.

And Israelis, Americans are good people too. They’re hard-working and friendly people. And after all that hard work, they like to spend their hard-earned money enjoying life. Especially on fried things.

I spent three minutes staring at this ad. The last few years have introduced us to iPhones, Twitter, and Google Wave. What could possibly be new about the Bacon Deluxe?

Should be a good time. Here’s what I know:

November 5, DC
6:30 PM, Birthright Next “Reverse Mifgash” (Part of week-long mifgash between Birthright alums and real live Israelis. By the way, did I ever tell you my rap name? Reverse Crembo. I’m white on the inside, black on the outside.)
Midtown (Dupont), 1219 Connecticut Ave NW
Register here

November 9, DC
Two letters: GA. Which explains this recent Tweet. If I can write a blog post half this fun, we’ll all be winners. Thanks to the Jewish Agency for making this and the 11th happen. 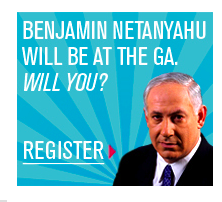 Smile, Bibi! We’ll do chumus shots at the NextGen dinner.
Just don’t arrest me this time.

November 11, College Park
University of Maryland Hillel
I am SO excited, Terps! Maryland is my favorite school!

November 12, Gainesville
University of Florida
I am SO excited, Gators! Florida is my favorite school!

November 15th, Dallas
Israel Bonds
I am SO excited, Dallas! Bonds is my favorite security!

If there’s info missing, just contact the local organization as they’re sure to know more than me. I hope to meet lots of you guys and if you know anyone in these cities, please feel free to spread the word.

My sheirut arrives in 2 hours. Another big announcement coming in the next week or so.