Written some number of hours ago…on little sleep, no energy to proofread although I think I did it on the plane.

Shalom, my loyal readers, from 10,000 meters up in the air. I think that’s around 30,000 feet but because I’m American, I refuse to learn the metric system. Get with the program, world-a system of measurement based on the power of 10? Pshaw, I say!

I can’t sleep. At the GA last year, I picked up a free inflatable neck pillow courtesy of one of the sponsors’ booths. Am I an idiot or can I not figure out how this thing works? Wait, those were the same options….I messed that up. I blew it up, put it “on”, and my body’s posture was no different. My head still makes contact with the seat, thus providing with me no more comfort. Is it because I have a long neck? I feel discriminated against. Is this what it’s like to be left-handed in a school desk? Get me the ACLU. Or the BBB. One of those letter things.

A bit after finishing my last post, the Nesher picked me up. “Nesher” by the way is Aramaic for “taxi which picks you up a full calendar year before your flight.” The train from Tel Aviv is nice, I miss that. Maybe that’s why they put wireless in Ben-Gurion, to keep the early arrivers from complaining too much. 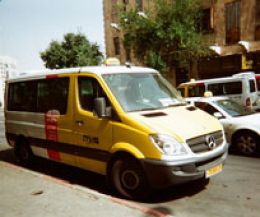 Flying home for Thanksgiving? Run outside, IT’S WAITING FOR YOU!

Israeli citizens, does security not even ask you questions anymore when you check in for a flight? A year or two ago, I loved going through the interrogation in Hebrew and feeling good about my language proficiency. The last couple of times? Right on thru. “That’s it? Nothing? Don’t you want to know where my parakeet had his bris?” C’mon, you guys, ask me something! Please?

Upon checking in, I ask if there are any first class seats that they’re just dying to give me. I have a ton of Delta miles….nothing? Of course I’m not willing to USE these miles, I’m just hoping some nice cajoling might make a difference (ech omrim “nice cajoling”?) Of course I don’t really expect them to say yes, at least not before I deploy my secret weapon. You better believe it: I called him “achi” 485 times. Americans, the moment you call someone “achi”, you immediately become brothers. Same DNA and everything. Strange-it didn’t work this time. The guy must have other siblings as well.

My friend Moty came to the airport to give me something to take to the States. During the handoff, I did the obligatory “security! I don’t know who this guy is!” joke. One of these days, they’re actually going to hear me. The first time someone gave me a package to take to the States back in ’95, I was afraid to say “yes” when security asked me the questions which of course only made me nervous. I definitely should have gotten thrown in jail for something. On the way out, Moty wished me teesa n’ima. I bring up the whole teesa n’ima/nesiya tova thing. You’re one or the other. Can’t be both. 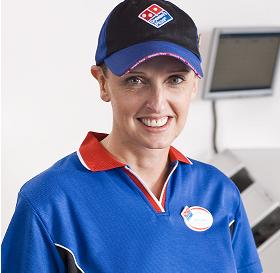 I don’t know how to tell you this but we’re out of pizza.
Can I offer you some cheesy bread?

I forgot my adaptor. Which only means I can’t keep my laptop charged at the airport. Yiyeh b’seder. If that’s all I forgot, I’ll be just fine. I did bring socks, right? Actually, it’s such not a big deal, I didn’t even need to waste a yiyeh b’seder on that. That was like playing spades when the high card is a seven of hearts and you blow it out of the water with the ace of spades. Totally unnecessary.

Throughout the entire flying experience, they mostly speak to me in Hebrew. This has happened in general for the last couple of years. I usually attribute it to the way I carry myself and my Hebrew but is it possible it’s due to my shaved head? How can we test this? Let’s get Janet Jackson over here and shave her head, see what happens.

I’m in zone 4. Seriously, I could buy a ticket today to fly on May 14, 2048 and I’d still be in zone 6. What the hell are the zones correlated to? Has anyone ever been in zone 1? Does anybody even know anyone who’s ever been in zone 1? Would this person be willing to conduct an interview?

I love blogging from Ben-Gurion. Never gets old.