I Got Detained by Bibi’s Secret Service. And How Was Your Chag?

Ok, let’s get some housekeeping out of the way (whatever the hell that phrase means). The winner of the Jgooders comment contest is? Tsippy Gurion, with her fake fund name “Born Free- The society for returning all Beitar Yerushalaim fans back to nature.” They were all great but that one made me laugh out loud on two separate occasions. No worry about offending Beitar Yerushalayim soccer fans. I’m quite sure they’re not reading. I mean in general.

I’m not sure what the statute of limitations is to write about Yom Kippur but I suspect it might coincide with the beginning of Sukkot. Here we go….

We’ll do it bullet style: 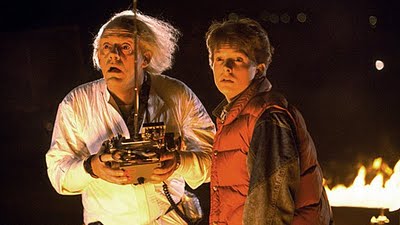 Here’s where things get interesting…paying attention?

On the walk home, I decided to detour from Keren Hayesod into Rehavia because I find that walk up King George boring. (tense change) So I turn left at the Inbal hotel and walk down Jabotinsky. A few minutes later, I come to a cop car blocking the road. “Is everything ok?” “Prime Minister.” Ah, wow. That’s interesting. I didn’t see him, just a group of people walking ahead of me. A couple of minutes later, he lets me go at which point they were no longer even in sight. What the hell, why not follow the group and maybe get a peek at the guy? It’s not like I was the only one on the street…for those of you who don’t live here, his compound thingy is right in the middle of a residential neighborhood.

I turn right on some tiny street, just walking and exploring the neighborhood when I pull off to the side of the street to make a phone call. It’s Kol Nidre and I would just prefer not to be on the phone in the middle of the street. I think about this a lot on Shabbat. It reminds me of our Shabbat policy at camp where we keep it in public. Most people probably couldn’t give a flying falafel ball if I’m playing “Guitar Hero: Chumus Jam Band” on Ben-Yehuda Street, I just prefer to do as the Romans do. (By the way, this game is highly entertaining in Google Wave.) So I sneak into the little parking area of an apartment building to call my friend Moty who lives on Aza Street, not from from the Prime Minister’s house. No answer. I walk back to the street and continue on my way. Two minutes later, a security guy asks me “teudat zehut?” (identity card) First thought in my head: “Oh good Lord, I’m not getting my second jaywalking ticket in a month, am I?” No, it’s Yom Kippur. No cars on the roads. If this guy gives me a ticket, I’m throwing him into the Yarkon River and hitting my chest a little harder the next day in shul. Oh yeah….I’m a chnuny American Jew. The only thing I’ll be throwing into water is bread crumbs while I’m saying a bracha.

So what happens? Him and his fellow gever gever-y security guy detain me for FORTY-FIVE MINUTES interrogating me. Since, you know, I wear an orange thong, like long romantic walks in Gush Katif, and recently completed the “Which world leader would you like to off?” Facebook poll. (Don’t be offended, Gush Katifniks, I’ll make fun of the crazy lefties next time.) “Where do you live? Where are you coming from? Why didn’t you go to shul closer to your house? Who is this Moty guy? What is his address? Can I see the SMS you sent him? Where are you from? How can we be lovers if we can’t be friends?” Ok, I think Michael Bolton said the last one.

I tried to think, who could I call to get me out of this? For G-d’s sake, I used to work for the Israeli consulate in Atlanta. Unfortunately, my boss now is in DC at the embassy. Not to mention, I spent years recruiting for and planning Israel programs. I wonder if I get a phone call…

One guy talking and waiting with me, the other making phone calls looking at who knows what records. I got a C in college accounting. Does he now know this? And how do you translate “C”? Do they translate it to the third letter of the alphabet (gimel) or is it a samech, retaining the “s” sound? This is important.

It wasn’t like they gave me a full body cavity search (that was on Purim but only after several drinks), it was just that I wasn’t in a good mood anyway, I wanted to get home already, and it was my already lame, falling-on-Erev Yom Kippur birthday. I also knew that this was Israeli security and that nothing was random. You know, as opposed to in America where they would pull over the Golden Girls at the airport. 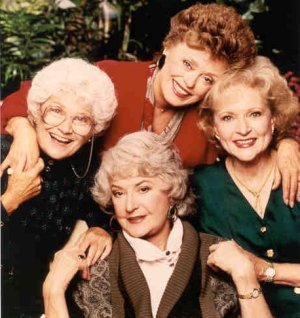 “Thank you for bein’ a friend….
NOW DROP YOUR PANTS.”

I just couldn’t figure out what the hell I might have done. I knew I wasn’t guilty of anything and couldn’t figure out what they were looking for so I gave pretty short answers, in hindsight, probably unhelpful ones. Eventually, they asked me to lead them to Moty’s apartment even though he wasn’t answering his phone and was out walking around Rechavia as far as I knew. Fortunately when we arrived, he was there and answered the door. Head gever-y guy takes him inside and asks him questions, other guy stays outside. After a few minutes, he comes outside, makes some more calls while I stand next to him waiting. Finally, they let me go. I kind of suggested under my breath that maybe they can let me meet the Prime Minister after all this. You know, as a birthday present. No, they didn’t know.

For at least 30 minutes after they let me go, I sit with Moty and his girlfriend Merav talking through the whole thing trying to figure out what in G-d’s name just happened. Eventually, we realize it had to be the “walking down his street, sneaking off and making a phone call” combo. Remember, it wasn’t so clear to me, being in the middle of it. All I could think was, “Oh, come ON. Seriously? IT’S FREAKING YOM KIPPUR!” I mean, shouldn’t that have been taken into account? What if I had snuck inside because of rain? I guess they don’t take any chances.

Moty said I fit the profile of an extremist (you know, as an American male) they might be suspicious of and then said over 50% of Americans who make aliyah go straight to the West Bank. I said no chance. My friend at NBN also says it’s not true.

Anyway, this was actually only my second most ridiculous police interrogation, following the great “‘Melrose Place’ false domestic violence accusation” fiasco in my apartment sophomore year of college. Don’t ask.

In conclusion, I went to the Kotel the next day and had some good introspective moments. At the very end of the fast, I went to the Great Synagogue and ran into my friend Idan who had me over to eat afterwards.

In my opinion, while Jerusalem isn’t nearly as fun and simply “awesome” to behold as Tel Aviv, full of people and bikes and the empty Ayalon, I found this to be more spiritual and individual for me and closer to G-d. 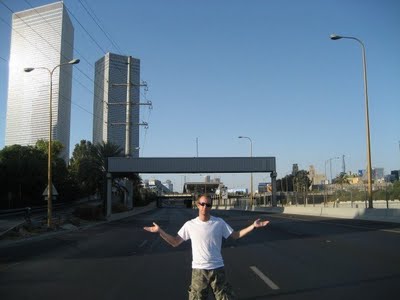 My slate is clear and I’m now I’m really ready for the new year.

Bibi, if you’d like to meet me, just leave a comment. I’m really a nice guy. Would I lie?