Posted at 11:14am on Aug 8, 2009 in Current Events, Israelis Make Me Laugh, Miscellaneous by Benji Lovitt 0 Comments

Yeah, so it’s been two months since Michael Jackson died and I’m still listening to some combinatzia of “Off the Wall”, “Thriller”, “Bad”, and Jackson 5 stuff roughly 487 times a day. As opposed to before when I listened to “Thriller” periodically over a span of fifteen years or so. But hey, can you blame me? When Michal Jackson comes to Nachalat Binyamin, it’s a pretty big deal. 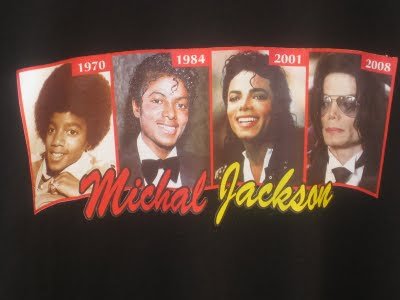 Yeah, I know I linked this just a couple of weeks ago. It’s called a rerun.
Like on “Lost.” Everybody loves “Lost.”

(I’m also obsessive with whatever’s in my music rotation for some reason. Apologies to whoever was around me in the summer of 2005 when I played “Mr. Brightside” 10-15 times a day, every day.)

Anyway, so a few days ago, I’m hanging out my friend Amalia, Tel Aviv superstar and co-member of Israel’s premier chumus club. As I put on “Bad”, she walks in and says…

Amalia: What is this, “Thriller”?

B: What?! Yeah, sure…Peres, Netanyahu, Sharon, it’s all the same thing.

That wouldn’t have been so funny if she then hadn’t proceeded to start a conversation with her roommate about whether or not they are in fact the same thing. I suspect that they’re actually more similar than Michael Jackson between 1982 and 1987. Not for me to decide.