Ever get so mad you chopped off your penis? I KNOW, ALL THE TIME, right? *Barur! !ברור

Check out this dude…

A 25-year-old Egyptian man cut off his own penis to spite his family after he was refused permission to marry a girl from a lower class family, police reported Sunday.

Better his own than someone else’s, yes?

“After unsuccessfully petitioning his father for two years to marry the girl, the man heated up a knife and sliced off his reproductive organ,” said a police official.

Call me crazy, but after two years of unsuccessful petitioning, I think I’d try a third before going Lorena Bobbitt on my own mezuzah. At least he heated it though. G-d forbid he declare jihad on his infidel with a cold knife.

The man was rushed to the hospital but doctors were unable to reattach the severed member, the official added citing the police report filed after the incident.

“Member”? People really say that? Check out definition #5 on dictionary.com. How does that word mean both “someone who belongs to something”…..and “penis”? Bizarre. And how does this thing unfold anyway? (The situation, not the penis.) Does the dude regret the cutting, grab his own penis, and call 911? Do they even have 911 in Egypt? Does his roommate grab it and rush him to the hospital? And if someone’s saved your unattached penis, what would you owe him in return? This goes well beyond helping a friend move heavy furniture. 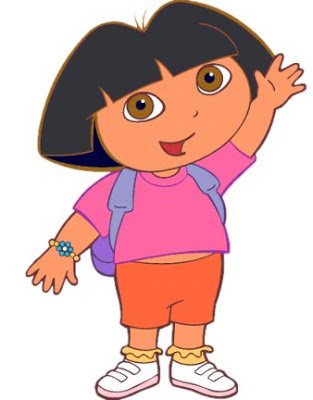 I was going to insert a photo of a penismobile but this is a family blog.
Instead…Dora!
Those crazy Middle Easterners. What won’t they do next? Thanks for the link, Mort!