Posted at 5:28am on May 5, 2009 in Current Events, Jew Stuff, Life on the Home Front, Miscellaneous by Benji Lovitt 0 Comments

Hello, people-did you have a nice Shabbat? We’re hosting Haveil Havalim this week, the weekly “blog carnival” of the Jewish/Israeli blogosphere, created by Soccer Dad and currently maintained by our friend Jack.

I just Googled “Haveil Havalim” for fun to see what might come up. I made the first page; that’s exciting. Nothing else noteworthy. What were you expecting, revealing photos of Bibi Netanyahu? By the way, have we talked about Israeli Google? I love how when you type in google.com, it automatically redirects to google.co.il. The first time that I happened, I quickly whipped my head around, thinking, “HOW DO THEY KNOW?!?!”

And of course if you mistype something in, Google knows exactly what to do. I recently did a search for “Dead Sea Scrills.” What does American Google ask? “Did you mean….Dead Sea Scrolls?”

Would it kill them to replace the “Google Search” button with “YA’ALA!!!“
(And by the way, if you want to know what appears when you Google “revealing pictures of Bibi Netanyahu”, you’re on your own. This is a familiy blog.)
A few more notes from the last 12 hours before we jump right in… 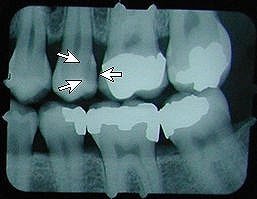 Ok, let’s get to the blogs.

Culture
Jacob Richman from Good News from Israel uploaded a new video about clothing and accessories.

Cosmic X in Jerusalem gives us some poetry.

Still haven’t seen the “American Idol” finale? Then avoid the Ben-Yehudah’s post on Esser Agaroth where he talks about the two finalists and where they go from here.

Humor
Mike in Midwood tells us about a new game some of you might enjoy.

Toby of A Time of the Signs posts loads of links which might just make you laugh.

The Real Shliach keeps up with the Omer and looks at Moses.

SnoopytheGoon of Simply Jews laughs at an interesting headline about Bibi’s visit to Washington.

Phyllis of Ima on (and off) the Bima tells us why spin instructors are like rabbis.

Check out one of the most ridiculous street signs I’ve seen. Well, besides this ridiculous sign I saw a couple of days later.

Israel
Ruti Mizrachi of Ki Yachol Nuchal! digs out her essay from her Nefesh B’Nefesh application.

Joel Katz of Religion and State in Israel updates us a couple of news briefings from the week.

NMF #7 of the Israel Chronicles likes to read and tries to navigate the world of books here in Israel.

Rahel of Elms in the Yard has a musical experience that could only happen in Israel.

Cosmic X in Jerusalem shows a picture of a flower with an interesting name in Hebrew.

Mrs. S of Our Shiputzim presents her parental guide for the Bagruyot.

LB of Occidental Israel talks about Israelis living in NY and examines a recent study about this population.

Rickis Mom of Beneath the Wings takes a look at some special “friends” who do a special kind of army service.

Batya of Shiloh Musings puts Yom Yerushalayim in perspective looking back over 42 years.

Israel21c’s blog Israelity takes a look at a few different aspects of Israeli society: Here’s an update about Israel’s natural beauty, otherwise known as Bar Refaeli. Heard of the Tav Chevrati? It’s a social justice certification that shows there’s more importance to just what goes in your food. And finally, there’s now reason to think more foreign film producers might come to Israel to film. What a country!

Did you do anything for Yom Yerushalayim? Good News from Israel has pictures from the march.

After the terrorist attempt in Riverdale, Ben-Yehudah of Esser Agaroth sees the writing on the wall.

LB of Occidental Israel looks at Israel’s sovereignty and its relationship with America.

Eli of Mypanim’s Wedding gives his thoughts on the Bibi-Obama meeting in DC.

Did you know that the US and Israel are waging a Satanic war? That’s the news out of Iran, according to Yitzchak Goodman of Judeopundit.

Judaism
Shvach weighs in on Hamas and Palestinian refugees going to the US and talks about the passing of his father.

State of Exile talks about a Canadian holiday and how it relates to Jewish leadership.

Just how much does a yeshiva cost? You may soon be able to find out with Conversations in Klal.

Mottel from Letters of Thought finishes his final post in the Lubavitcher Pesach in Uman series.

Personal
Amy Meltzer of Homeshuling-A Jewish Parenting Blog examines a prayer for her children to be said on Rosh Chodesh Sivan.

Mordechai Torczyner of The Rebbetzin’s Husband talks about the difficulties of hosting a funeral in shul.

Shtetl Fabulous finds it not so easy to be unemployed.

The Real Shliach of Basement Blogging continues his story…

Torah
Josh Waxman of Parsha Blog analyzes the dots over “Aharon” in the parsha Bemidbar Sinai.

The next issue will be hosted by Dov Bear.