Isn’t There a Holiday Beginning Tonight?

I have friends in from America who I’m rushing to see….I’ll be out the door in a few hours to do Seder *etzel a friend whom I haven’t seen in about 7 years…I have chicken in the oven (no connection to chag, just want to get rid of it)….but wanted to throw up a quick post.

Anybody noticed the lack of posts as of late? And lengthy ones at that? Hope to address that in the near future with another exciting life update (if you’re sitting on the edge of your seat, make sure you’re doing so while leaning to the left and with pillows. See, we’re not just fun in the War Zone….we’re educational!)

Before I run out the door to **Efrat, just wanted to wish everyone a chag kasher v’sameach, as we say it in Israel. Well, some people say it. Do you have to be kosher to say it? Ain’t a whole lotta “chag kasher” ‘s in Tel Aviv as my friend told me this morning when I wished her one. 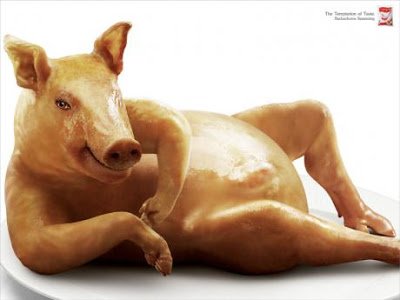 This guy is definitely not saying it. (Something about this picture grosses me out. And it’s not that it reminds me of George Costanza doing the ***sexy photo shoot for the picture developer.)

*One of those Hebrew words which doesn’t really translate that I just felt like using. New Yorkers would say “by ______”. Like “I’m doing yuntif by Daw-ruh-thee.” Oh G-d….that’s painful even to read.

**Just a hop, skip, and a settlement from Jerusalem. If you don’t hear back from me in a couple of days, it means I’ve set up shop at the top of a mountaintop in my new trailer and haven’t gotten my wireless network up yet. 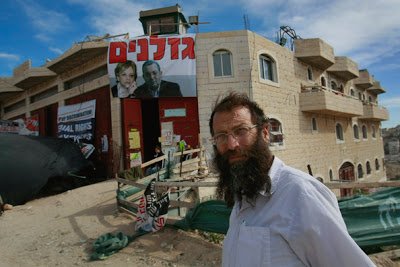 What I may or may not look like in 48 hours. I already have the beard,
just need to grow out the top a bit.
(Settle down, I’m just kidding. Ha ha, “settle”, get it?)

***And what the hell…just because I like you guys.