You Couldn’t Make This S*** Up

From a recent conversation between Some Dumb Oleh and his friend…

Oh, and one more thing, Benji….an American wrote on my Facebook wall, ‘You are the shit.’ Is that a good thing?”

I mean, I sat there reading it over and over again trying to figure out what it meant…
Yeah, it’s a good thing, I know it’s hard to believe.

I just kept trying to figure out how being compared to shit could be a compliment.
I know, I know, it’s stupid…but it means he thinks you’re really cool. You know, like “you da man.”

A man can be cool, but shit?

That conversation was the shit. 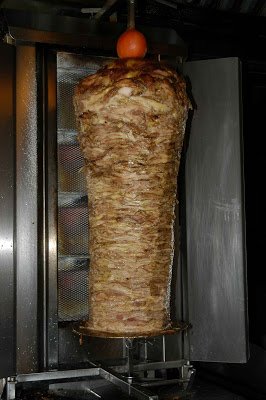 Since I’m not posting a picture of, well, you know…
How about some shawarma? Mmmm….shawarma.