Posted at 6:22pm on Mar 3, 2009 in Israelis Make Me Laugh, Overheard on Galgalatz by Benji Lovitt 0 Comments

Four things to say about this:
1) Man, what happened to the original recordings of these songs on Youtube? Couldn’t find them.
2) Has there ever been a bad “Jump” song? From Van Halen to Kris Kross, the Pointer Sisters (yeah, I said it) to the House of Pain, if you record a song called “Jump”, you’re probably going to hit it big. Time to get the band back together for “Chickpeas Be a Jumpin’ “.
3) My friend Yaron and I dressed up as Kris Kross for a costume party in college. I seem to remember not being able to get my pants off at the end of the night. 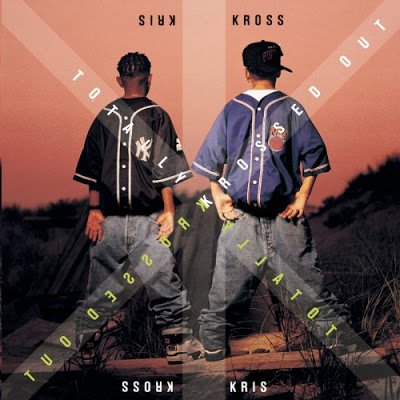 Do you get why?
This was pre-Photo Shop, people. Their clothes are actually on backwards.
(Ech omrim “Some of them try ta rhyme but they can’t rhyme like this”?)

4) And of course, leave it to Galgalatz to put together such a ridiculous back-to-back combinatzia. Would anything surprise you? “Yerushalayim Shel Zahav” followed by “La Bamba”? You really think they wouldn’t go there?