Beware the Ides of March (Or At Least Pinati)

Not to brag but did I ever tell you that I’m a founding member of Israel’s premier chumus-eating club*? I haven’t dedicated a post to us yet but I did share a picture or two some months ago, referenced here if you scroll down some…. We love chumus. Eating chumus. Talking about chumus. Talking about chumus over chumus. Mmm…chumus. Sadly, my move to Jerusalem has stunted our ability to meet as a complete group but perhaps that will change someday.

So did you hear about the investigative report of the chumus places a few months back? All the talk throughout the club, apparently some of them were found to be, umm, a bit less clean than we’d all like. And when I say “less clean”, I mean containing more E. coli than you’d want to put in your mouth ever. Everybody following? Let’s move on.

I happen to live right across the street from Pinati, possibly the most famous chumus place in Jerusalem. Both times I’ve walked in since moving here, they’ve been either out of chumus or closing for Shabbat. (This is usually where I write some snarky comment to the effect of “Out of chumus? That’s like McDonald’s running out of hamburgers!” but I don’t have it in me. Chumus is just so Middle East and not really running in capitalist circles. If they mass-produced the stuff, how good could it be? If they only make a potful enough for people until noon or so, I’m ok with that. Just don’t crap in it please. I don’t ask much.)

So on the way home yesterday, I suddenly get the idea to stop at Pinati and pick something up, especially since my friend Jodie’s told me she’s done the same in Tel Aviv. I pick up a small container of chumus, gargerim (pine nuts), and meat and head back to my place. B’kitzur, a few minutes into it, I pulled a hair out. Ech omrim “gag me with a spoon”? Let’s just say that I’ll be going back to Pinati real soon. (And if you believe that, my tax attorney comes from Mars but has a time-share in Ramallah.) 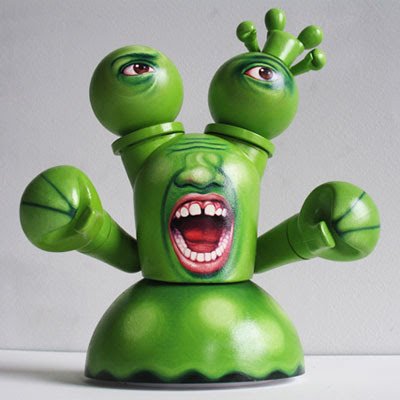 “Sure, the commute sucks but I just can’t get enough of RAM-FM.
And those West Bank ladies…ohhhhh, the ladies!”

Looks like I’ll be looking for a new chumus place. Old City, here I come.

*We may or may not be Israel’s only chumus-eating club. Answer unclear.