Back to Israel (and Ulpan)

Posted at 2:29pm on Mar 3, 2009 in I Love Hebrew, This Aliyah Moment is Brought to You by the Letter Aleph by Benji Lovitt 0 Comments

Ech omrim “jetlag”? Oh yeah….jetleg. I’m back, people, after a crazy week. Didn’t have any time to write then and probably won’t have any till the weekend. And since I’m going back to Ulpan starting tomorrow morning (yeah, baby!), I thought I’d repost an oldie but goodie entry from a while back which you may have missed.

By the way, did people say “yeah baby” before Austin Powers? I can’t even remember. I have a couple of friends who have it in their rotatzia. Are they trying to sound like Austin or not? And as always, there is a 68.5% chance that “rotatzia” is actually a word. Milah o lo milah?

As an aside, check out what I just saw when logging on to Facebook. How in the hell did this happen? Part of its language translation project apparently…

Can you see it? My Facebook freaking turned Hebrew!
Ech omrim “stop poking me”?

Anyway, it’s interesting to read what I wrote only a few months into my aliyah. Little did I know I would dedicate approximately 39,000 words to “yiyeh b’seder” in the following years. Enjoy and we’ll talk soon…

Here is a list of just a few of the benefits provided to me by the Misrad Klitah, Ministry of Absorption, as an oleh chadash (new immigrant):

While these things would make incredible change in my life, unfortunately they are not all true. I will receive health insurance for six months. (Insert silly laugh here, hardy har har.) Ok, so I get to take a free Ulpan, the classes offered in facilities across the country to help assimilate me into this diverse population. Yes, someday I too will answer the phone “AH-lo!” and precede my thoughts with “Ehhhhhhhhhhhhh...”

As someone who loves speaking Hebrew (especially when it involves ridiculous slang or pretending to be an ars (this word requires a whole ‘nother entry…)), I have just been waiting for my classes to begin. Unfortunately, as I have probably mentioned before, I was told Israel’s national fall-time phrase when trying to register: “acharei hachagim (after the holidays)”. Despite arriving almost 3 months ago, I just this week finally began my Ulpan and it couldn’t have started soon enough for me. Here are some thoughts and observations that went through my head on the first day… 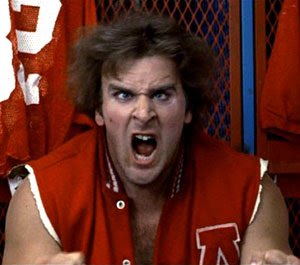 L’at, l’at (slowly, slowly), my Hebrew will improve. My big self-assigned task for today is to buy note cards to write all my new words on. Until later…l’hitraot!