Hey, Lookee Here! (Would It Have Killed Him To Mention the War Zone?)

Hello, my loyal readers! I haven’t written much in the last few weeks, I know. Life is busy…I’ll share why in the coming days. (Cue suspenseful music or whatever happens to be playing on Galgalatz.) Thanks for bearing with me.

So we’re famous, my loyal readers! This actually made my jaw drop.

So Sunday night was the Super Bowl, yes? Well, Sunday night if you’re living in the Middle East and eating chumus and Ruffles at 5 AM. Good times indeed. When you sacrifice sleep to watch the championship plus all the commercials that come with it AND you’re rewarded with a great game?….let’s just say you appreciate it a lot. (Did anyone else not want to drink beer for fear it would put them to sleep? And seriously, how bad would pizza have to be for it not to taste good around 11 PM while you’re waiting for the game? Pretty bad. And some pizza can only be eaten at that hour to taste good. On that note, here’s some unsolicited advice for the management at Pizza Kimat Chinam (Almost Free Pizza-gotta love the marketing) right off King George and Ben-Yehudah: when your pizza is 19.99 and then you raise the price to 24.99, it can’t remain kimat chinam. That’s kimat lame. Maybe it’s time for a new name. How about kimat good?) 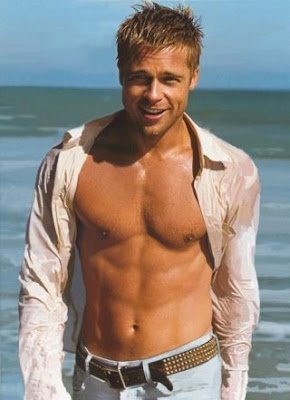 From this point, I’m going to go by Kimat Brad Pitt.
Kimat.

Every Monday morning (or afternoon if you’re living in the land of milk and crembo) for the last few years, I’ve been reading Peter King’s Monday Morning Quarterback column on cnnsi.com (CNN/Sports Illustrated). Yesterday, following a fantastic Super Bowl finish, he became the umpteenth sportswriter to declare this the “best game ever”, despite umpteen other sportswriters declaring the same thing umpteen years in a row (“Ehhhh….how menny shekels eez umpteen, nu???“) I responded to him via the nifty “mailbag” feature and was floored this evening when I saw my response posted on the site. I have no idea how many thousands of eyes visit this column but we are talking CNN and Sports Illustrated here, yeah?

As the shock came over me and I read my comment online, I thought “that’s weird….it looks like he edited my message.” As my ability to read and comprehend returned, I thought, “wow, this makes me sound like a jerk.” As I stepped back and read the entire column, I realized “wait a second, this guy attributed the wrong quote to me.” That’s exactly what happened as you’ll see below. I immediately sent a message through the site asking him to fix it but it hasn’t happened yet. That kimat sucks but I guess it’s nice to know he selected my comment.

Anyway, here’s page 1 of his column where he lays out his argument for “best Super Bowl ever” and here’s page 2 where my response appears under the wrong darn name.

Here’s what I wrote:

“While there was back-and-forth, drama and fireworks, the first quarter was totally one-sided. The Harrison play, while incredible, pretty much took away most of the suspense for a good while. The third quarter didn’t produce much. Only the fourth quarter might have been the greatest fourth quarter ever…. unless you count the greatest fourth quarter between the Titans-Rams (same storyline…. Titans were TOTALLY out of it and came back) or the Rams-Pats (Pats came storming back, Brady led them down the field for Vinatieri). How can this claim of ‘best SB ever’ stand the test of time? I can’t buy it. Thanks a lot.”

See what you think after reading my argument above, Aaron. And please write after you read it. I’d love to hear what you think. Thanks.

And you thought I only liked to talk about chumus.

Here’s what some other dude wrote…check out how he introduces it:

“THE FIRST THREE QUARTERS STUNK.” DO THEY HAVE TELEVISIONS IN ISRAEL? From Benji Lovitt of Jerusalem: “Best Super Bowl ever? Get a grip, Peter. The first three quarters stunk and the officiating was atrocious. How soon you forget last year’s game, which is by far the best SB game ever. This game was exciting at the end, but no comparison to last year’s epic.”

We’ll have to agree to disagree, Benji. I thought the first three quarters were engaging and, at times, stunning, as in the Harrison return.

My friend Dan sent me this which made me laugh: “I think they created this fake Aaron just so Peter can make some anti-semitic TV comment about Israel.” Stupid question. Of course they have TVs here…what else would my camel watch? 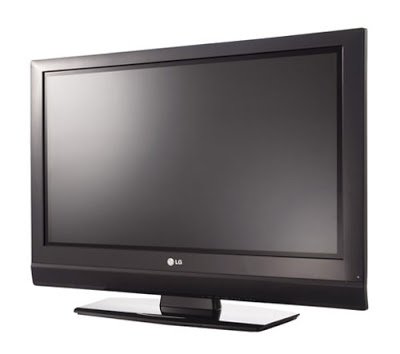 B’ima kimat sheli, what the hell is this?
If I didn’t know better, I’d swear they sell this at Machaneh Yehudah for shtay shekel.

For those of you who actually care, here is my response to him, as he requested:

And now, my response (I hope you saw the email about the names on the quotes being switched).

The truth is that when people say that this was the best game five times in 10 years or so, it’s impossible to me to not take it with a grain of salt. Cincy-9ers…agreed. I remember it being 3-3 at the half. Giants-Bills was just incredible from my 16 year old memory. It wasn’t just a great game, you had two titans battling. The Giants and their defensive philosophy with Taylor, Banks, and the old school defense/running combination, coached by legend Parcells. Going against the impossible-to-stop offense who DEMOLISHED the Raiders 51-3 led by Kelly/Reed/Thomas and Marv Levy. The game was almost impossible to believe. Everyone knew you couldn’t stop the Bills; the only way to win was to control the clock which the Giants did to the tune of 40 minutes. There was also the backup QB Hostetler who shouldn’t have stood a chance, and the game being played under the specter of the Gulf War. That’s a whole lot of drama and sub-plots even before the game begins. Maybe not the signature plays of this game but in my mind, much more interesting.

Rams-Titans also sported perhaps the greatest offense ever. If you recall, that comeback, while only 10, was as unlikely as any with McNair dancing his way down the field without the most beautiful numbers. And it sort of came out of nowhere as a great matchup with the two franchises not being so marquee (like this game, I think, with the Cards not having much history.)

Rams-Pats had some of each of these. Remember how NO ONE ON THE PLANET gave the Pats a chance? That game…THE OUTCOME…made it impossible to believe. If you had told us before this game who would have won (the Steelers OR Cards), no one would have been terribly surprised. But the “I don’t believe what I just saw” effect of that game was unreal.

Pats-Panthers: I don’t understand your reasoning for discounting it. The humidity? Was wildly entertaining but without the subplots and shock value, I think the public has sort of agreed to forget about it.

Bottom line: seeing the Cards play so well was amazing. Fitzgerald. Great 2nd half. Warner. Amazing. But there was too much of the game where it wasn’t competitive and the outcome didn’t seem to be up in the air. 1st quarter was completely uncompetitive. Had Arizona gone in ahead at the half….WOW! That would have been amazing. As athletic and important as the Harrison play was, it seemed at the time like it might have been a game-ender. Third quarter: sort of a dud as well.

So that’s my feeling: I have a tough time believing this one will stand the test of time as the best.

So that was the excitement for my day. What’s up with you guys?