What War Zone? THIS War Zone

Posted at 7:15pm on Jan 1, 2009 in Benji's Getting Serious, Current Events, Once in a While I Just Have to Vent, The War Zone by Benji 0 Comments

Something else came up: when looking at the title of this blog, Michal wondered if I realized that we were at war. I admitted the same thing to myself before she brought it up. Israel-supporters in the States and around the world are constantly fighting the idea that Israel is some big war-torn country where you’d be nuts to visit. Anyone who’s been knows that’s not the case, period. Life in Tel Aviv has not changed at all and you didn’t need to ask anyone on the beach if they felt like they were on the front lines. Even in the worst of times, it’s never nearly as bad as the news would make you think. Nobody is dodging bullets to get get their cup of coffee from Cafe Aroma in the morning. That said, Israel is at war, and needless to say, there are parts of Israel which aren’t safe by most standards of measurement and I have no rush to visit…….So I don’t know what I think about the title of this blog. In an effort to get it up and running in my few hours before leaving the States, I picked something quickly to answer everyone who thinks simply stepping foot in Israel is crazy……Without having given it any thought, I’ll ask, anybody have any good suggestions for a name? That should really get the comments going. The over-under on number of friends who make fun of me is opening at 20.

Turns out that I didn’t get even close to twenty new ideas. But as I wrote above, I chose the name as my personal hasbara effort, to show that despite what a lot of the world thinks, this place is not Iraq, some third-world war zone where the streets are filled with camels. 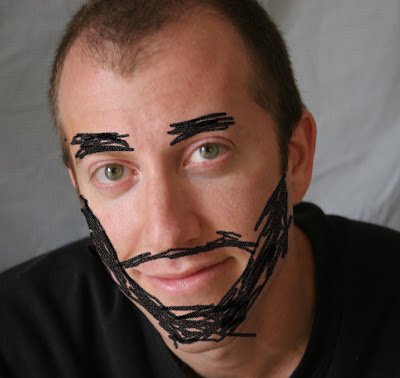 Do you think some Iraqi immigrant to Baghdad maintains a blog called www.whatwarzone.iq where he tries to show the other side of life, what people don’t see on TV?
If you’re out there, Iraqi blogger…..care to add me to your blogroll?
(Dammit…this was supposed to be a serious entry.)

For the past two-plus years, I’ve gotten over 100,000 visits and who-know-how many emails from both Jews and non-Jews around the world telling me how much they enjoy reading and laughing, and remembering the funny things about life here. For the same amount of time, I’ve also been wondering what I’d write about if this place did break out into war. Tonight, after a week of air strikes, Israel launched its ground operation in Gaza.

I don’t know what to think. As I’ve said, it feels a million miles away, just as it did in the States. And it IS far away….or at least it’s not exactly in my backyard as you’d think from watchign CNN. Maybe it feels different from 2006 because two years ago, I wasn’t seeing tens of Facebook and Twitter updates expressing people’s emotions and political viewpoints and linking to news clips. I’m not watching the local Hebrew news. And instead of writing emails to parents from the NY office of Young Judaea, I’m making slight itinerary changes to Birthright trips from the Israel Experience office in Jerusalem….along with writing emails to parents. Even though some of the soldiers from our groups (those who participate in each group’s mifgash, the five days where Israelis join the groups) have had to leave after getting called up, it still isn’t hitting me as I feel like it should. I’m not serving, my closest friends aren’t serving, and I’m getting most of my news from websites…the same websites I got news from while in the States two-and-a-half years ago.

So far, life in Jerusalem hasn’t changed. Although I hear more police sirens than normal, the situation in Gaza hasn’t had any effect on the fact that my room is messy as hell, I have no food in my fridge, or that I spend way too much time on the internet sitting in bed or currently on my couch. In short, life is going on here. (Anybody want to clean my room? B’ima sheli, where does all this dirty laundry come from?) I’ve had two groups arrive in the past 8 days and while none of them would have wanted a security “situation” to break out, there’s no doubt that there’s nothing like a conflict to impress on visitors the reality of life here. I’m happy to say they’re having the time of their life and are becoming the latest to exclaim “I can’t believe it’s not like it looks on the news! What was I so worried about?” So to any of you who are thinking about coming and are worried about the matzav (situation), it’s a dangerous world out there. If you think you’re any safer anywhere else, ask people in Mumbai or Virginia Tech. I’m hoping things don’t get crazy here but if they do, I guess that’s just life in Israel (or anywhere. That didn’t sound like a yiyeh b’seder, did it?) 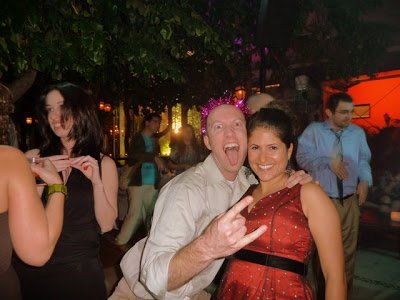 Sure looks like a war zone to me. From my friends’ wedding New Years Eve….
the rock and roll face came out early this year, huh?
(By the way, that’s Tzipi Livni on the right, preparing to present our case to the world.)

And by the way….since I spent much of last week being silly, I feel like I need to say a couple of things. The internet is ablaze with editorials, message boards, Twitter wars, and more about this conflict. I try not to waste, err, spend my time arguing with people I’ve never met who don’t feel like listening anyway. That said, I’ve been apolitical for too long and have to open my mouth. Truthfully, most of these thoughts reflect the mainstream opinion in Israel and probably around the Jewish world so whatever….in a few words:

I ask you now, my loyal readers…so what are you doing?