I Don’t Care If They Drop Kassams on My Head, I’m Driving on Kvish 6, Dammit

Posted at 6:38pm on Jan 1, 2009 in I Love Hebrew, Israelis Make Me Laugh, That Thing That Pays the Bills, The War Zone by Benji 0 Comments

Yes, it’s my busy season, my loyal readers, with my Birthright groups here this month. So far, none of my participants have canceled which I’ll take at least some credit for. Busy season means some or all of the following:

Yeah, so one kid (adult but easier to type “kid” than “participant”) missed his flight last week, meaning I had to go pick him up from the airport a couple of days after everyone else arrived. Because of those little things that I like to call falling Kassams, we couldn’t take the most direct route to Kfar Hanokdim, the tent where his group was staying that night. (Not that we would have really been in danger, but any youth/group trip is going to be bound by strict rules obviously. Were I more handy with PhotoShop and whatever, I’d insert a road map here with the different highways highlighted but since I haven’t even figured out how to program my TV, I don’t see this other thing happening. B’ima sheli, can someone please come fix my television?) 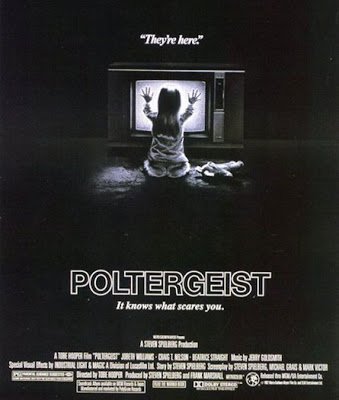 I think this chick screwed up my TV.
They should remake this movie Israeli-style just to
hear someone say “Haunted house? Yiyeh b’seeeeeedeeeeeer!”
Instead of taking Kvish 6 (road #6), the high-speed toll road, down south, we had to drive from the natbag to Jerusalem, over to the Dead Sea, south to Bamba-f*** (I can’t believe I never thought of this word before), west to Arad, and then to Kfar Hanokdim. That drive normally takes at least two and a half hours. Do you know how long it takes after getting a flat tire? Funny you should ask. It takes just under four hours including a stop for gas, 25 minutes for the tire-changing, and an hour of normal driving done at a much slower pace on a donut/spare tire. (Do they call it a “sufgania”? I really need an answer to this.) And I can’t tell you how upset I am to have not gotten a picture of us wearing the yellow vest that you’re supposed to wear when pulling over here. When things slow down, I have GOT to fix my camera. Feel free to nag please. It’s for all of our benefits.

By the time I finally dropped the kid off, it was too late to turn around and drive back to Jerusalem on a sufgania, with it being dark as hell. Now….have you people been to a Bedouin tent? I remember going at the age of 15 or so. It was just that…a tent. I don’t remember any bathrooms or showers, much less fancy-shmancy staff cabins. DUDE…this place was ridonkulous! There were at least 14 buses there, tons of mammoth tents to accommodate them all, some bar-type thing, cabins, bathrooms, and who knows what else. That was a real authentic Bedouin experience, much in the same way that visiting Kentucky Fried Chicken would be a real Hezbollian experience. The educational value in that place is non-existent but the groups love it so whaddya gonna do? 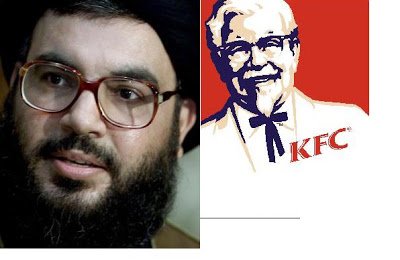 By the way, the highlight of the evening was undoubtedly when the tour guide called me on my way down. “Ehhhhh, Benji. Waht eez smores?” That ruled.

Anyway, by the time I woke up the next morning, wearing the same clothes and not having brushed my teeth, let’s just say I was ready to drive home. And drive home I did, at the maximum speed of 80 km/hour (about 50 mph, I think.) Hey, kids! Wanna cause mass chaos on the roads? Get onto a highway and drive reaaaaaally slow with a sufgania on your front wheel. Even better, a one-lane road. I must have been passed by 100 cars who were none too pleased with me. And that is definitely not unique to Israel; in the States, people would have been going nuts too. You just know they’re sitting behind you cursing “what the *#(@$ is wrong with this guy????” I can’t believe there wasn’t an accident with all the mass lane-changing going on.

Yeah, so there was no way in hell I was going to return home using the Dead Sea road. Hamas could have dropped Kassams, fire-breathing falafel balls, or Ariel Sharon’s gut on my head and I would have still taken kvish 6 back north. Which I did. And of course it was fine (aside from the amount of time it took me to back and getting stuck in rush hour traffic). I did however stop and get a cafe hafuch on the way which brings me to something which should definitely make 2009’s “61 more things I love about Israel” list: the fact that you can stop at any gas station in the country and get a cappuccino. Soooooo Israeli.

There are all kinds of good articles floating around out there like this one by Charles Krauthammer and this one by the Dersh. Read them, send them to your friends, check out all the Youtube videos going around on Facebook and whatnot.

So are you doing anything?