This is Not Your Father’s Haveil Havalim (Issue #193)

Posted at 11:49pm on Nov 11, 2008 in Culture, Current Events, Israelis Make Me Laugh, Jew Stuff, Life on the Home Front, Miscellaneous, Now I'm Just Being Silly, This Aliyah Moment is Brought to You by the Letter Aleph by Benji 0 Comments

Do you smell it, people? No, it’s not turkey and stuffing….it’s Haveil Havalim, issue #193. This is the weekly “blog carnival” of the Jewish/Israeli blogosphere, created by Soccer Dad and currently maintained by our friend Jack. When I asked Jack to explain the whole carnival concept to me, he responded by sending the fattest man in the world and a two-headed donkey.

In Haveil Havalim, we recap what people have been writing about in the J-blogosphere. Believe it or not, WWZ regulars, there are actually people delving into topics deeper than inappropriate Israeli t-shirts and advertisements. If you’d like to receive weekly updates about this here blog carnival, you can join the Facebook group, Haveil Havalim- The Best Of The Jewish/Israeli Blogosphere. I keep looking for the MySpace group but to no avail. The only thing I really know about MySpace is that it’s apparently for aspiring musicians and predators. 100 million members and a few bad apples have to ruin the party. Thanks, predators. We appreciate it. 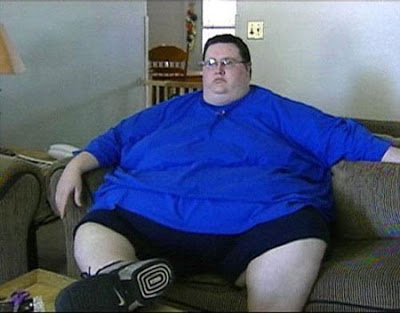 For the love of G-d, Jack, get this guy off my couch. I NEED TO GO TO WORK!!!!
I can’t believe I agreed to host this thing.

So a few days ago on a Jerusalem bus, I suddenly found myself listening to some loud, annoying techno music. Actually, it would be more accurate to say that I was being subjected to it by a teenager behind me blasting it out of his cell phone. Is it only in Israel where this horrible trend has developed where people treat a public space like their own private dance party? I seriously fear that if we don’t put a stop to this now, it will spread like the Macarena among dorky white people in the 1990s. And I think we all remember how painful that was. 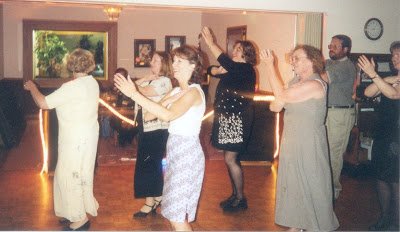 Alan Dershowitz says terrorism works because we reward it and that not only must we not do so, we must also punish it to make it clear that NOTHING will be gained from it. Right on, Dersh. I am suggesting that anyone who plays music aloud on one’s cell phone not only be banned from buses forever, but they should also have to eat 20 Crembos a day for the rest of winter. (I’m sorry, but those things are nasty. I had one last week and I think I’m done until next year.) If you see this behavior yourself in Israel or anywhere else, please…tell them to stop. For the future of the human race.

And if you do smell turkey cooking, happy belated Thanksgiving! Highlights of my holiday:

3) Eating pumpkin pie at the Nefesh B’Nefesh dinner. So good…
2) Finding out my Texas Longhorns stomped on their rival, keeping their post-season football hopes alive.

And the #1 highlight of the Thanksgiving holiday….without question:

Israel
Some dumb oleh writes a hilarious account of the 1st day of the recent General Assembly (GA) in Israel. (Yeah, so it’s from 2 weeks ago…you wanna make somethin’ of it? Good stuff, I’m telling you.)

See what happened when Esser Agaroth recently came across some “crazy settlers”.

Muse of Shiloh Musings talks about what the color orange means today in 2008.

Batya Medad looks at the map of Israel and explains why she’s a pragmatist.

Cosmic X suggests you take a look at this while you still can.

Yid with Lid worries about some of the people President-elect Obama may choose as advisers with regards to Israel.

Soccer Dad gives his thoughts on the media’s criticism of Israel’s actions in Gaza.

Looking for a reasonably priced business lunch? Search no more and check out the Jerusalemite blog.

Our Shiputzim tells an amusing story about an American trying to pin down the right word in Hebrew.

What do pirates have to do with Israel? Daled Amos tells us here and speculates on the upcoming Israel election,

Joel Katz wraps up the week’s highlights of religion and state in Israel.

Looking for a good year in Israel program? Me-ander has a suggestion for you.

My Right Word says “l’chayim” and hopes that this is not threatened by a boycott of Israel. He also expresses shock at the source of these anti-Shimon Peres comments.

Culture
Some dumb oleh looks at the difference between the American and Israeli senses of humor.

Did you hear who recently visited in Israel? Aussie Dave tells us with his quote of the day.

Here in HP goes to shul and reviews a new film called “A Light for Greytowers”.

Isramom answers the question “where were you when?” and remembers some moments from yesteryear.

Craft Stew gives us a needlepoint pattern for a Torah. Between this and Drawing Tel Aviv’s watercolor of Bograshov St., there are some nice artists in the blogosphere.

Cosmic X has a nice picture of dusk in Jerusalem

Judaism
The Real Shliach lets us in on a debate he witnessed regarding Jewish ritual.

Mike in Midwood says hagba isn’t all it’s cracked up to be.

Life of Rubin remembers the victims of the terrible tragedy in India, as does Friar Yid and Shvach. The Rebbetzin’s Husband takes a look at this week’s parsha to remember and ask why? Letters of Thought has a lot on his mind but comes back to Mumbai. Daled Amos passes on a tefillah on behalf of the victims.

Heard of the Ethiopian holiday Sgid? Shvach tells us about it here, links to a column about the haredim “falling behind”, and weighs in on Denmark’s views on circumcision.

A Simple Jew interviews blogger Akiva of Mystical Paths about his emuna in Eretz Yisrael.

Material Maidel asks if Christians do it better.

Shimshonit looks at Americanism vs. Judaism and reflects on her liberal upbringing.

Seen the new posters around Crown Heights? My Shtub has and isn’t sure what to think.

My Right Word writes about how one woman’s dalliance with a gigolo two years ago led him to Joseph Goebbels and from there to the murder of Haim Arlosoroff.

Politics
Here in HP says you better look closely at a cause before giving.

Yisrael Medad weighs in on Condi as well and what she’s thinking.

Humor
Some dumb oleh looks at the ridiculous calendar of Agadir Burger Bar in Tel Aviv.

Frum Satire rants while asking if you know what’s going on at the bimah.

Want to start a kosher business? Mike in Midwood tells you how.

History
Everyone Needs Therapy tells us what she recently learned from a scholar in residence at shul.

Personal
Some dumb oleh can’t believe a cat is walking around his office. Only in Israel.

Here’s a special mention of my friend Danny of the blog Israeli by Day who recently was drafted into the army. He’s somehow finding the time to document his experiences and writes here about learning Krav Maga. Check out all his posts from the last few weeks for more “adventures.”

Me-ander shows us pictures from her dinner with Jerusalem’s most handsome bachelors.

Rabbi Paul of Or am I? shows us an ethical will he once shared with his congregation.

The writers at Shiloh Musings muse about Thanksgiving in Israel and remember what happened in Israel 35 years ago.

Rechovot: A Place to Expand thinks you should read this too.

Beneath the Wings takes a look at people’s need for independence.

The next issue of Haveil Havalim will be hosted by Shiloh Musings and Me-ander.