Kibbutz Galuyot (More Than Just a Street in Tel Aviv)

Before we get started….a word from our sponsors.

This Thursday and Saturday night, come check me out at Jerusalem’s Comedy Basement located where else??? TIBERIAS!!!

If you don’t come, you’re basically telling the world that you support Hamas. Basically. And even if you can’t make it, feel free to tell anywhere between 1 and 57 bajillion people to come. Especially if they’re important people coming for the GA. I like those people.

See these guys? They’re not coming either.
(What’s with the white gloves by the way?
These guys are just a few sequins short of “Billie Jean.” HEE-hee!)

Anybody heard of Kibbutz Galuyot? It means “ingathering of the exiles”, or another word for the return of Jews to Israel from all countries around the world. It also explains why Israelis are hot (ech omrim “self-promotion”?)

Anyone who’s talked to me knows that one of my favorite things about this place is that you meet Jews from all over the world here, and it seems that everyone has at least one parent who wasn’t born here. You can go your entire life in America never meeting anyone from Hungary for example but somehow, my company’s programs department has not one…not two…but THREE Hungarian women! I know I just ate breakfast but I’m getting Hungary just thinking about it. (If anyone laughed at that, I don’t even know what to say.) Australia, France, Sweden, the Ukraine….you need Jews? We got ’em and all the cultural differences that come with them.

So the other night, I’m chilling in my living room watching American football with one of my new roommates who comes from South Africa. I already wrote about how Israelis don’t know the rules of this sport, nor should they (“Mah zeh ‘first and ten’? ” is without a doubt one of the funniest things ever said in the history of the world.) But when something is so ingrained in you (like a silly sport which causes you to scream and throw things), you can be temporarily surprised that any living thing could not know how it works.

After I tell her about downs, ten yards, and whatnot, the play ends and everybody mills around, walking back to the huddles in what looks like a mess to a casual observer. What does my roommate ask? “So during this little hafsaka (break), they just do whatever they want?” Without a doubt, the word hafsaka made that question 100 times funnier. 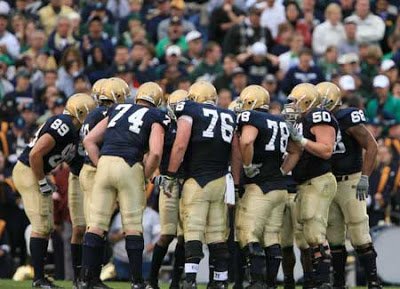 Hafsaka….it’s not just for movies anymore!

In other developments from that evening, I learned that South Africa has their own words for a spoiled, rich Jewish person. Whereas in America we call them….you know….in South Africa, women are called kugels and men, bagels. I thought that was pretty funny. I propose that in Israel, we start using the words bissli and bamba. But which should be which? More on this topic coming soon…