An Idiot’s Guide to ‘Yiyeh B’seder’

Posted at 1:00am on Oct 10, 2008 in Culture, I Love Hebrew, I Love This Place, Israelis Make Me Laugh, Life on the Home Front, The War Zone, This Aliyah Moment is Brought to You by the Letter Aleph by Benji Lovitt 0 Comments

Shalom from Tel Aviv, people-at the time this article was written, the Prime Minister is on his way out, Iran is developing nuclear weapons, and the price of falafel just went up a shekel. In other words, another week in the Middle East. WHAT ELSE CAN GO WRONG???

Ahhh….but that’s just it. Allow me to answer that question with a cultural lesson. Without further ado, I’d like to introduce our national slogan. Two words greater than the sum of their parts, guaranteed to elicit no reaction at all (or to possibly make you laugh or cringe for reasons to be explained later.) Add this pair to the great duos throughout history: Batman and Robin, Simon and Garfunkel, and chumus and pita. Without further ado, I give you: Yiyeh and b’seder.

Translated as “it will be ok”, yiyeh b’seder is Israel’s version of Frank Costanza’s “SERENITY NOW!”, an answer to whatever might have just gone wrong, and a “don’t worry, be happy” without the “be happy”. People, there is no situation yiyeh b’seder can’t handle. It’s the Economica of phrases. 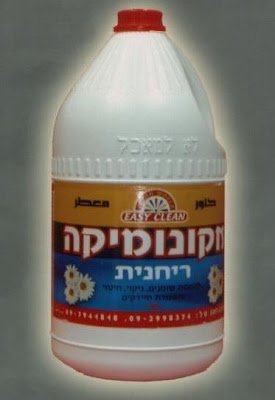 “What? Rover just projectile vomited on my khakis?
YIYEH B’SEDEEEEEEEEEEER!!!!” Get it?

Try it yourself, elongating the last syllable (extra points awarded for a dismissive tone, as if whatever just happened didn’t just happen.)

Upon immigrating to Israel, let’s just say it took a bit of time to figure this phrase out. For every minor daily annoyance like Rover’s intestinal problems addressed with a yiyeh b’seder, it seemed that a more significant issue was being handled the same way. Consider this actual exchange with my roommate:

And there it was, the mother of all yiyeh b’seders. I felt like I had just watched Wilt Chamberlain score 100 points in a game. I’ll be telling my grandkids about that performance some day.

So where in the world did our version of “don’t sweat the small stuff” come from? In a place where neighbors have been openly plotting your destruction since your independence and your country was born out of the ashes of the Holocaust, be advised that your people may develop a few societal personality quirks or defense mechanisms. Let’s just say that most things which aren’t REALLY BIG are small. If your internal organs remain intact and inside your body, expect whatever complaint you lodge to be answered with yiyeh b’seder.

To deal with this tendency to minimize everything or to “too easily keep things in perspective”, you better have a sense of humor. Seriously, has this phrase ever actually fixed anything? Are Israelis even listening to what you say before whipping it out?

My advice is this: embrace this phrase, love it, laugh at it, and use it to your advantage. Next time my boss asks “Hey, Benji! Where deh hell eez deh report? Eet wahz due at 9 AM!”, I’ll consider my options.

And if I end up getting fired, at least I know it will be ok.

To receive updates on blog updates, subscribe on the right. Nu, what are you waiting for?