1000 Years of Culture, Down the Drain

But first, I just wanted to announce that my friend Martin is performing in the 25th anniversary show of the Jerusalem Barbershop Ensemble this Wednesday night. The show begins at 8 PM at Shacht Hall in Hadassah Hospital, Mt. Scopus. Kolot, the Jerusalem Women’s A cappella group, are the special guests. And it’s only 25 shekels. If anything, you should go to support singing groups which don’t elicit groans. Every other Jewish singing group I’ve ever come across had some cheesy, punny name such as “Sheer _____” (get it? shir=song) How about something a little rougher? I don’t know, like “Guns ‘n Chumus.” 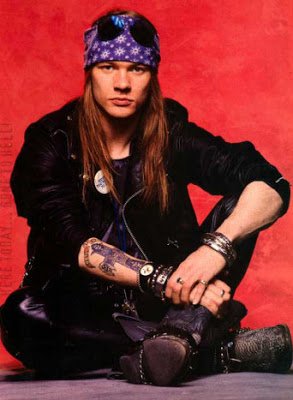 The lead singer of Guns ‘n Chumus might look something like this.
I probably should have used a picture of Slash instead, with him being Jewish and all.
Then again, it’s 11:40 PM and my room is a mess so, you know….priorities.

Let’s move on, shall we?

Are you confused already? It’s Yiddish, nu, the language of the Jewish people for the better part of a thousand years. I don’t speak more than a handful of words but my parents, like many children of European or Russian Jews, speak some and understand more. There was once a rich, European culture of Yiddish art, theater, and literature….so what happened? Well, aside from one event in particular, a funny thing happened on the way to Chelm. The state of Israel was created and Hebrew became the language of the Jews. While many (most?) Ashkenazi immigrants spoke Yiddish, new Israelis wanted a different language to foster cohesion among the different peoples, and the large influx of non-Yiddish speaking Sephardic/Mizrachi Jews strengthened the case. 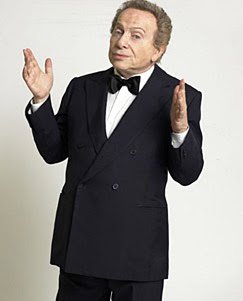 (I’m sitting here trying to think of a caption. Just can’t get inspired by Yiddish.
When do we get back to making fun of Israel?)

So what? So it’s weird to me when I’ll use a Yiddish word which has been Americanized into the mainstream, at least in the Jewish community, only to see blank stares from my Israeli friends. At work recently, I described someone as a “real mensch“, only to learn that the person I was talking to didn’t know what a mensch was. Wow. Makes sense, I guess, just shocking.

Me: I can’t believe she did that.
Co-worker: “Yeah, she eez eh real baleboosteh.”
Me: Huh?!? You know the word “baleboosteh“?
Co-worker: Mah? I said “ballbuster.”

So do any of you speak any Yiddish? LET’S SHEP SOME NACHAS, BABY!!! CAN WE GET SOME KVELLING UP IN HERE?