These Jews are Seriously Musical

Just wanted to give some timely updates about a couple of musicians I know who you may be interested in checking out.

Gabriel Mann is a guy I knew growing up in Young Judaea in Texas. Though we weren’t close (he was a couple of years older than I, as he still is), I remember him as the typical Jewish kid playing the Billy Joel songs on the piano as everyone stood around him in wonder. Except that he played them really, REALLY well. He spent a year in Israel….I spent a year in Israel…next time I saw Gabe, it was several years later and he had moved to LA. Fast forward a few more and Gabe is opening up for Alanis Morrissette, cranking out incredible albums, and having his new band’s (The Rescues) song featured TONIGHT on the season premiere of “Grey’s Anatomy”. Americans, check it out. My fellow Israelis, we’ll just have to illegally downlo… umm, rent it from Ozen Hashlishi as soon as it comes out. 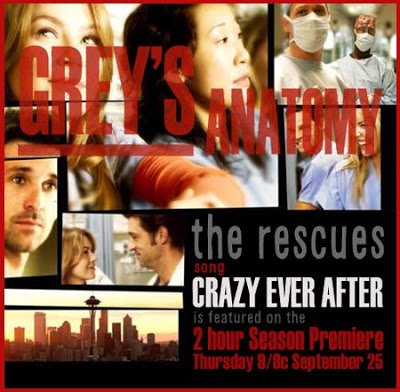 What are the odds of me getting the Ministry of the Interior to add “McDreamy” to my teudat zehut? Come on, Nefesh B’Nefesh, HELP A BROTHA OUT!
And if you don’t feel like flying to America to watch TV tonight, there’s another great option here in our own backyard. About a year ago, I had just gotten back from a summer in the States and decided to check out an open mic at a coffee shop on Bograshov. There were a few people singing, reading poems, etc. The last person to perform was a female singer who seemed too good to be at this little amateur hour and her English was fantastic. Only after speaking to her for a few minutes and hearing her name, I realized Lilac Sheer (לילך שיר) was not American, but Israeli, and an experienced performer. She was nice enough after seeing my short set to invite me to open up for her at a show at Cafe Bialik where we packed the room and had a great time (one of the videos on my site came from here.) 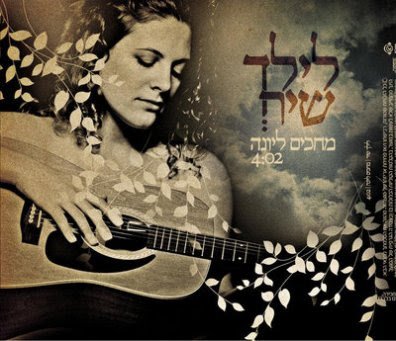 Lilac has performed all over Israel and just released a brand new CD which is great. (She also helped me to do my Israeli taxes for which I am eternally grateful after I ignored them for about six months. Mas Hachnasa (Income Tax Authority), don’t take it personally, I have a major srita (“scratch”, or issue) when it comes to acknowledging my mail.) Anyway, you can catch Lilac tomorrow in Herzliya Pituach (click here for more info) or on Saturday in Caeseria. She has a great voice and her bandmates, especially regular Shay Tochner, are fantastic as well.

And although I’ve never done it professionally, I can do a mean impression of Darius Rucker from Hootie and the Blowfish. In case anybody wanted to know.