An Israeli Live-Blogging the Presidential Debate

After four hours of celebrating a certain special occasion at the Armadillo bar on Ahad Ha’am, I’m wide awake, baby. It’s time for the presidential debate. Let’s do this.

4:00 AM I just ate a full bag of bissli. It’s gonna be a long night.
4:01 “No cheers, no applause of any kind.” Yeah, that would work in Israel. Have you been to a soccer game?
4:03 Moderator Jim Lehrer comes close to picking his nose. I see that every day on the bus. Is the writing on the wall behind the candidates from the Constitution? Man, America pays a lot of attention to detail. Did the $700 billion pay for that? 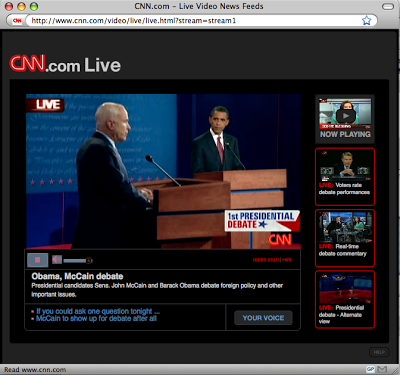 Thank goodness for high-speed internet.
And that the HOT guy made a house call this morning to fix my modem. (I love the HOT guy.)

4:05 Both Senators McCain and Obama are wearing some kind of hanging mechanism from around their necks. What in G-d’s name ARE those things? (pause) Ok, I’m being told that this is called a “tie.”

“Where do you stand on the recovery plan? Talk to each other about it.” I’ll pay them 100 shekels if they kiss.

4:10 Fannie Mae and Freddie Mac? I think I met them at the Mobile, Alabama Matza Ball once.
4:13 Lehrer to Obama: “Say it directly to him.” The moderator is apparently auditioning to be a matchmaker on the Upper West Side.
4:14 “I still believe our best days are ahead of us.” How do we get that kind of optimism here? “Dehr eez no hope een deh gah-verhn-mehnt….deh politicians all SAHK!“
4:16 Ech omrim “earmarked pork barrel spending”? The rabbinate is going to have something to say about this.
4:18 “$300 billion is really important.” THREE HUNDRED BILLION DOLLARS?!?! Where do I get THAT kind of aid? All together now….come on, Nefesh B’Nefesh….HOOK A BROTHA UP!!!
4:19 “I didn’t win Miss Congeniality in the United States Senate. I did however win it in the Knesset.” Ok, I made that second sentence up.
4:21 “Eliminating earmarks alone is not a recipe for getting the middle class back on track.” My Doda Tsipi has a great recipe for shnitzel. Ok, so I don’t have a Doda Tsipi. But if I did…..MMMMM, SHNITZEL!!!

4:24 “It was fastooned with Christmas tree ornaments.” Ok, I think he just made up that word.
4:25 I’ll be honest, there’s a 94% chance I’m in no way able to intellectually pay attention to what’s going on here. Somebody better be laughing.
4:26 McCain interrupts Obama. Ooh, it’s getting feisty! If this were Israel, Obama would have said “SHNIYA!” (one second)
4:27 “What are you going to have to give up as a result of having to pay for the financial rescue plan?” I say tay eem nana but no one’s asking me. 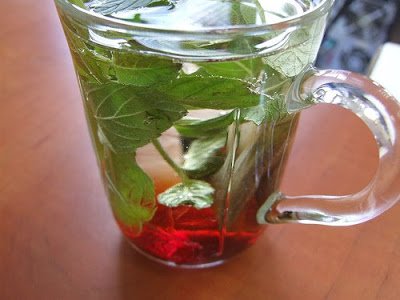 The key to getting America back on track.

4:29 “I would eliminate ethanol subsidies. I oppose ethanol subsidies.” I think I ordered a vodka ethanol at Backy’s last night for my birthday. If that makes no sense, it’s 4:29 AM, cut me some slack.
4:31 “We’ll have to scrub every agency of government.” As long as he doesn’t use a toilet brush on the sink. Yes, my roommate did that once. My friends love that story.
4:33 “I want to increase early childhood education.” I find that to be important as well, especially because last week I saw a four-year old picking his wedgie in gan.
4:35 McCain mentions climate change. How about a little climate change in my apartment? Whoever gets me an air conditioner wins my vote.
4:37 “….if we are leaving out health care which is crushing people in this country…” Did I mention that Israel has universal health care? GOOOOOO, ALIYAH! (My name is Nefesh B’Nefesh and I approved this message.)

McCain mentions “the best recipe” again. Somebody’s getting hungry. Would it kill Agvania to sell pizza at 4:30 AM?

4:40 After 40 minutes, they finally just moved to foreign policy. How about a commercial, people? I don’t know, something like…

Good luck getting that out of your head never.

4:42 “We took our eye off the ball.” Did any Israelis catch that baseball reference? I didn’t think so.

We’re half done. Can I really do this for another 45 minutes? I need a girlfriend.

4:48 Dudes, can you not use such long sentences? It makes it really hard to type stuff up. Where’s George W. Bush when you need him?

“Senator McCain, in a rush to go into Iraq…” Why in the world would anyone rush into Iraq? Shuk HaCarmel on a Friday afternoon perhaps, but IRAQ??? (I hear their vegatables suck.)

4:51 It’s hard to make fun of war. Unless you’re Israeli. Then nothing’s off limits.

4:52 Obama mentions the Tali Bahn. I think I met her at mincha last week.

“They’ve intermarried with Al Qaeda and the Taliban.” WHOOOOOOOA-and we thought WE had an intermarriage issue. We must give our kids a Jewish education at a young age, people. I can’t state it strongly enough.

4:54 “This area has not been governed since Alexander the Great.” At what point do you get to add “The Great” after your name? A little conceited, no? From this point on, I’m going by Benji Massachusetts the Great. 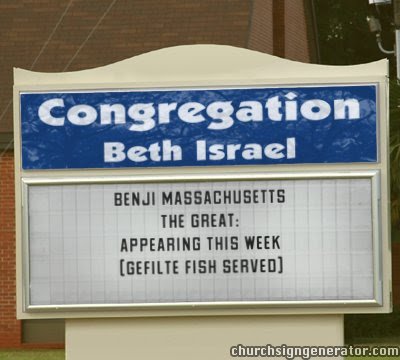 4:58 McCain just said “I supported” like he’s getting paid for it. Apparently he also has a record. I used to have the record Michael Jackson “Thriller” in third grade, along with parachute pants. Memoriiiiies. Ok, this blog is getting ridiculous. Why isn’t Aroma open now? I NEED A HAFUCH AND I NEED IT NOW, DAMMIT!!!

5:00 Obama and McCain are comparing bracelets. That’s so cute. When we start comparing low-quality shuk socks which have since turned blue, I’m in.

5:01 “The people who perpetrated 9/11….are still sending out videotapes.” Good Lord, it’s 2008. WHO IS USING VIDEOTAPES??? When Israel gets into the global terrorism business, we’ll just ask our enemies to illegally download our messages on E-mule.

5:05 Twenty-five more minutes. No way am I doing my birthday brunch by 11. Sorry, Jodie.

Iran is putting IEDs into Iraq? What does birth control have to do with the war?

5:08 In trying to pronounce “Ahmedinejad”, McCain just threw up his dinner. That was nasty. “I’ll sit down with anybody.” Really? Even arsim? Those guys scare me.

5:10 “Pre-conditions doesn’t mean you invite them over for tea.” What about cafe botz? Is that unreasonable? I’m just sayin’.

5:14 “Stinking corpse?” Who called us a stinking corpse?!? If my dood would give me some hot water in the winter, I can assure you I would shower at least weekly. I have a lot of questions.

5:16 It just got heated for the first time. Finally, a little drama. I am seriously regretting my decision to buy bissli before this debate. Damn you, Agvania.

5:18 What in the world would someone do with 40,000 nuclear warheads? My apartment isn’t big enough for a built-in closet. This is depressing. 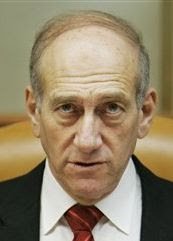 Seriously, who can stare at his eyes?
LOOK AT THAT THING! LOOK AT IT!!!

5:24 Lots of talk about alternative energy: solar, wind….any thought of using falafel grease? I don’t know if its power can be harnessed but DAAAAAAAAAAMN, THAT STUFF IS NAAAAAASTY!

It’s a wrap, people-we’re going live and my birthday butt is going to bed. Signing off from Tel Aviv…now get out and vote.