Post 2 of 2 today, as I realize that I need a special blog category for when I’m in America.

Even more on the airport because it’s weird.

So yesterday I go through security. Not just through the regular old security line but through some new-fangled queue (now I’m sounding like a Brit again) where you don’t have to take your laptop out of your bag. OOOOOOOOOH, THE FUTURE!!!!!!!!!

That’s not the interesting part though. Seriously. No, seriously. Ahead of me, everyone is walking through something in the shape of one of those arch-shaped metal detectors.

The puffer, according to the lady, is known by less common folk as the ETP, or Explosives Trace Portal. Have you ever done that puff of air test at the eye doctor, or as I call it, “Most Annoying Thing Ever?” This is like that but less annoying and on your entire body. You place your feet where the footprints are and stand there as the machine makes a puffing sound and shoots air on your body, testing for traces of explosives. The best part is when the light goes from red to green and you walk through the swinging, clear plastic doors like you just went through a car wash.

The lady went on to tell me that the puffer is already being phased out, soon to be replaced by…wait for it…”The Cobra” which takes some kind of X-ray of your body. “If you go down the terminal to the next checkpoint, you can see it.”

Checkpoint? Where am I, Ramallah? 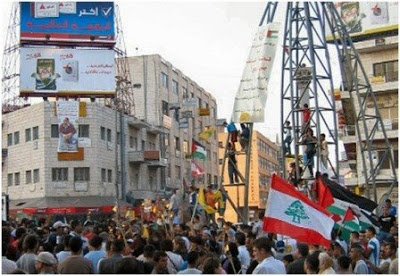 The Cobra’s supposed to be here somewhere….
Just after duty free.

Apparently DFW Airport (Dallas-Fort Worth) is one of two American airports with this machine. Cleveland is the other. (Is that why Cleveland rocks? Do I have any Cleveland readers?)

When I picked up my bag on the other side of the screening machine, one of the guys stops it, looks at the monitor, takes the tube of toothpaste out of my bag and says the following: “This is too big….(pause)….no, it’s not, I changed my mind.” 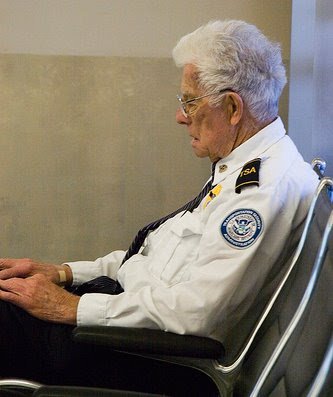 I haven’t gotten checked yet but I’m just waiting to hear that assuring announcement: “Can I get a male assist on line two?” It’s no wonder they don’t do that in Israel. All the male citizens would arrive at the airport requesting a female assist with bombs strapped to their bodies.