Hey, did you happen to catch our recent Tu B’av video? If not, you can now see it here on the Haaretz website. Good times.

And now…another countdown which is bound to lead somewhere… “Great 300s in History”!

1) “300”, the movie: Released in the spring of 2007, this graphic picture depicts the Battle of Thermopylae between the Persians and the Greeks. I just watched the trailer; it possesses so much testosterone, I feel like I’m now supposed to bite the head off a live animal and thrust a sword into someone’s solarplexus*. Wow, there is nothing about this movie that makes me want to see it. Regardless, it made 80 bajillion dollars, warranting its inclusion on this list. 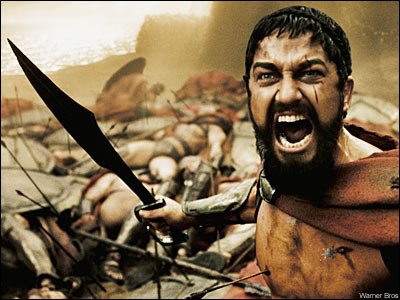 2) “300”, the perfect bowling score: How anyone can actually achieve this is beyond me. However, you’d be surprised how well you can do by doing a all-out sprint towards the lane, sliding on your knees, and launching the bowling ball towards the pins with both hands like a shotput. This worked well in sixth grade and elicits a confused reaction from bystanders when done over the age of 30. (Incidentally, “bowling” in Hebrew is pronounced “bow-ling”, as in “take a bow.” At 2:34 AM, I can’t really think of anything to say about this.)

3) Nissan 300ZX: according to Wikipedia, “also known as the Nissan Fairlady Z, is a sports car that was produced by Nissan. It comprises the third and fourth generations of the Z-car line-up, respectively given the chassis designations Z31 and Z32.” Ok, I didn’t understand at least 68% of the things in that sentence. And I’m thinking about buying a car? 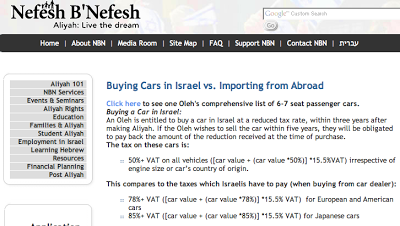 Jesus, look at those formulas.
Apparently an advanced degree in logarithms is a pre-requisite to driving here.

4) 300, the number of posts in this blog’s history: Lost in the hullabaloo (tongue firmly planted in cheek) of the author’s two years in this country last week was the two year anniversary of this online adventure. Described by someone somewhere as “an exercise in self-absorption”, What War Zone has become an industry leader in laughing at/with/near Israel and her citizens while giving Mr. Lovitt dreams of quitting his day job.

Thanks to all those who have commented, read, laughed, and given the author reason to stay home during beautiful weekend weather and write. Let’s hope we make it to another 300 posts.

*With my second “solarplexus” reference in 3 months, this is a calculated decision to corner the market of Googlers searching for “solarplexus Israel”. Don’t think it won’t happen.